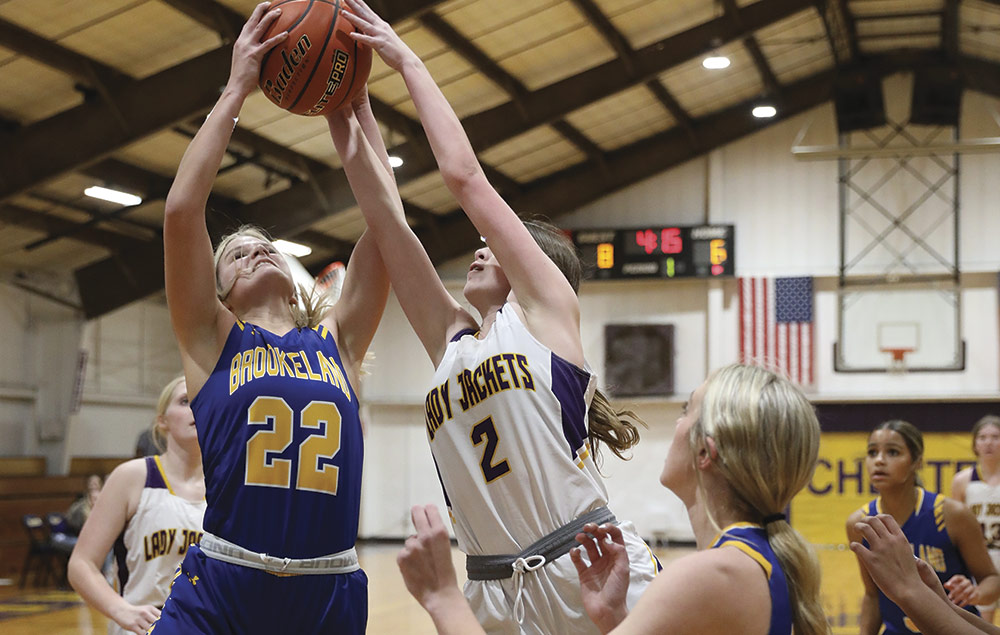 The Lady Jackets have completed the first round of district play and will go into round two with a 5-2 district record. The Lady Jackets lost to the Brookeland Lady Cats 42-66 on Tuesday, Jan. 10. Lily Read led with 19 points and Kyli Handley scored 13 points.

Other Lady Jackets putting points on the board were Bree Cooper with six points, Saydi Handley with three points, and Abby Grimes with one point.

The Lady Jackets will travel to Leggett on Friday, Jan. 20 to play against the Lady Pirates at 6 p.m.

The Lady Jackets will take on the High Island Lady Cardinals in front of a home crowd on Tuesday, Jan. 24. Tip off will be at 6 p.m.

The Yellowjackets had a tough week, losing both district games. The Jackets lost to the state ranked Brookeland Wildcats on Jan. 10 by a score of 34-81. Jack Rayburn led the Jackets with 11 points and Cutter Lowe scored 10 points.

Other Jackets scoring against the Wildcats were Rick Carlton with eight points, Kai Hilliard with three points, and Bradley Davison with two points. The Jackets traveled later the same week to face the Burkeville Mustangs on Jan. 13.

The Jackets will continue with district play as they travel to Leggett on Friday, Jan. 20 to face a tough Pirate team. The game will get started after the girls game, around 7:15 p.m.

The second round of district will get started for the boys on Jan. 24, as the Yellowjackets host the High Island Cardinals in a 7:15 p.m. game.

Softball practice for the Chester Lady Jackets has started, and Head Coach Crystal Muncrief is geared up and ready for a great season.

Muncrief is a seasoned coach but is in her first year as head coach at Chester. Assisting Muncrief this season will be Courtney Tonnies and Susan Muncrief.