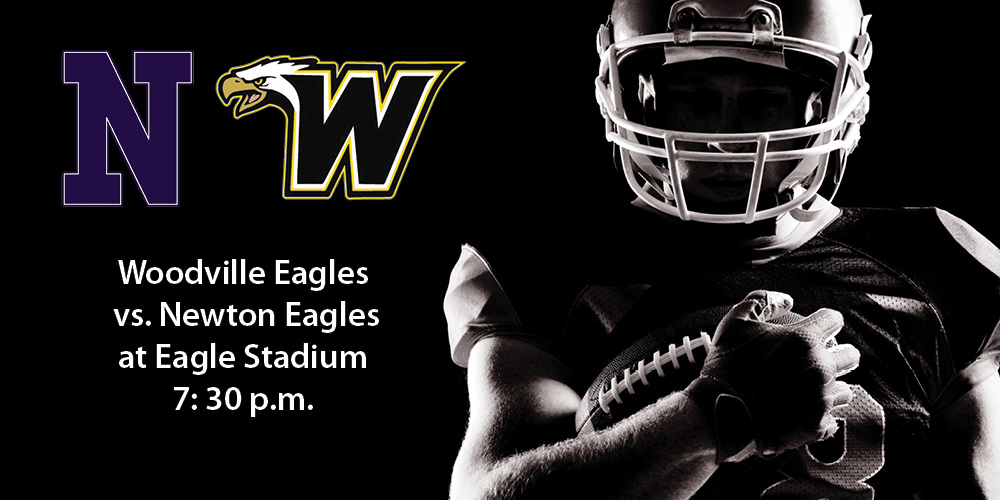 FRANKLIN – The weeks leading up to district for the Woodville Eagles are looking to be quite a challenging series of propositions for Coach Ty Robinson and his current squad.

The Eagles opened their season last Friday on the road against the defending 3A D II state champions the Franklin Lions. Woodville fell behind by 22 points at halftime, but a couple of short runs in the second half put some points on the board for the Eagles.The Lions dominated the first half of the game on three scores, with a 22-0 lead at halftime.

In the second half, penalties allowed the Eagles to gain some ground. In the third quarter, with 14 seconds remaining, senior running back Jatavian Taylor rushed from the one-yard line to put a score on the board for Woodville. The Lions notched up 16 penalties to the Eagles’ 5.

Another touchdown in the fourth quarter from QB Ralon Williams put the Eagles up to 12, for a final score of 22-12, with a Franklin win. Franklin accumulated 306 yards of offense, and held the Eagles to 203, including 111 on the ground.

Williams stated after the game that it was a “great time” competing against Franklin. “Got off to a slow start but we picked it up in the second half. I love this team!,” he said.

This Friday, the Eagles take on another formidable foe in pre-district play, when they host the Newton Eagles at home.