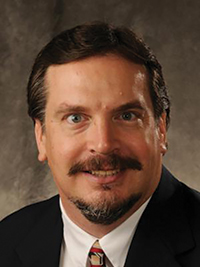 The event will begin with dinner at 6 p.m., with the meeting particulars to follow at 7 p.m. It will take place at the Pickett House. The guest speaker for the event will be Dr. Kenneth Untiedt.

Untiedt’s program, titled “He Ain’t Hungry – Thoughts on F.E. (Ab) Abernethy’s Legacy” will focus on the legendary, late titular subject Abernethy, who was a folklorist, scholar, musician and writer (among many other things). In his career, Abernethy taught at Woodville High School, and later at Stephen F. Austin State University.

Untiedt’s scholarly interests include literature of the American West; Texas literature and folklore. He is the former secretary-editor of the Texas Folklore Society and edited a collection of essays written by Abernethy, the legendary East Texas folklorist and Untiedt’s predecessor in TFS.

Untiedt’s program will, along with providing information about Abernethy, speak to the importance of recognizing and appreciating folklore in our lives.

Untiedt currently serves as interim chair of the Department of English and Creative Writing at SFASU.

Along with Untiedt’s program, TCHS will vote on its slate of officers and directors for the organization’s new year; honor donors and volunteers and will announce the winner of the Big Woods Trail Photo Contest for 2022.

Anyone who attends the meeting can join TCHS, with dues priced at $20 for individuals; $30 for families and $60 for small businesses.