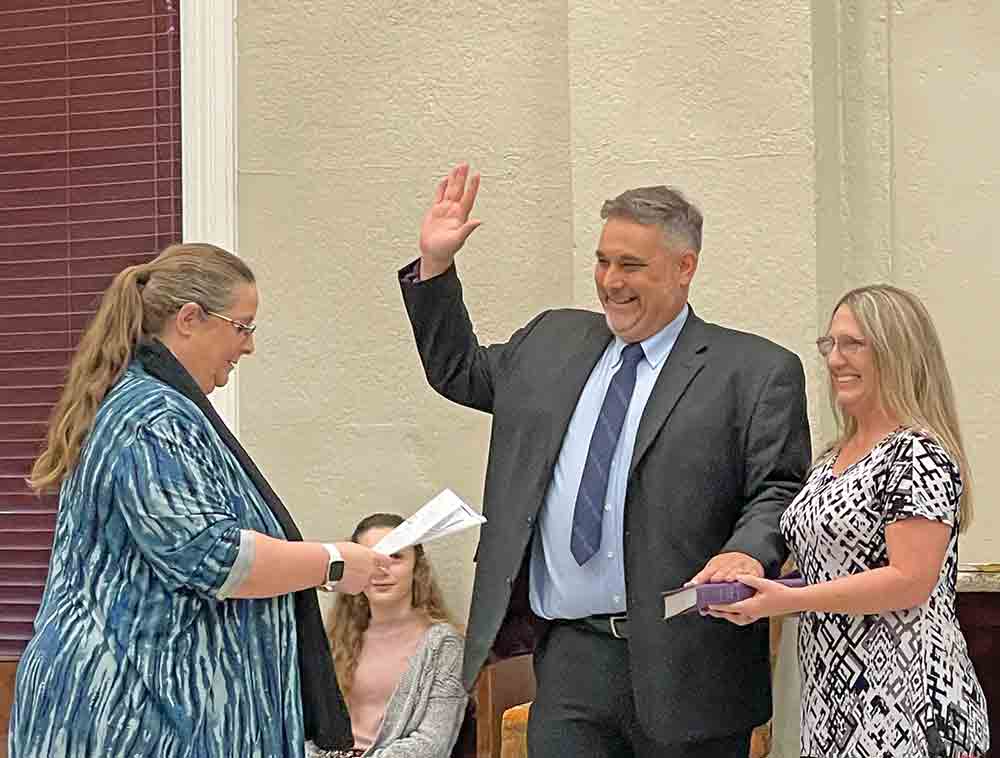 WOODVILLE – The Honorable Earl Stover, III, of the 88th District Court officiated at the swearing in ceremony for newly elected (and re-elected) Tyler County officials, Tuesday, Jan. 3 in the District Courtroom of the Tyler County Courthouse.

Stover welcomed everyone in attendance, and introduced newly elected county judge Milton Powers, who gave the invocation, followed by the pledge of allegiance to the American and Texas flags by Atley Joy Heckman and Brodie-Ann Williams.

After recognizing several dignitaries in attendance, Stover welcomed State Representative Trent Ashby (R-Lufkin), who is District 57 representative in the Texas House, and who recently took over Tyler and Polk counties when James White retired and redistricting eliminated House District 19..

Ashby gave warm welcoming remarks before turning the program back over to Stover.