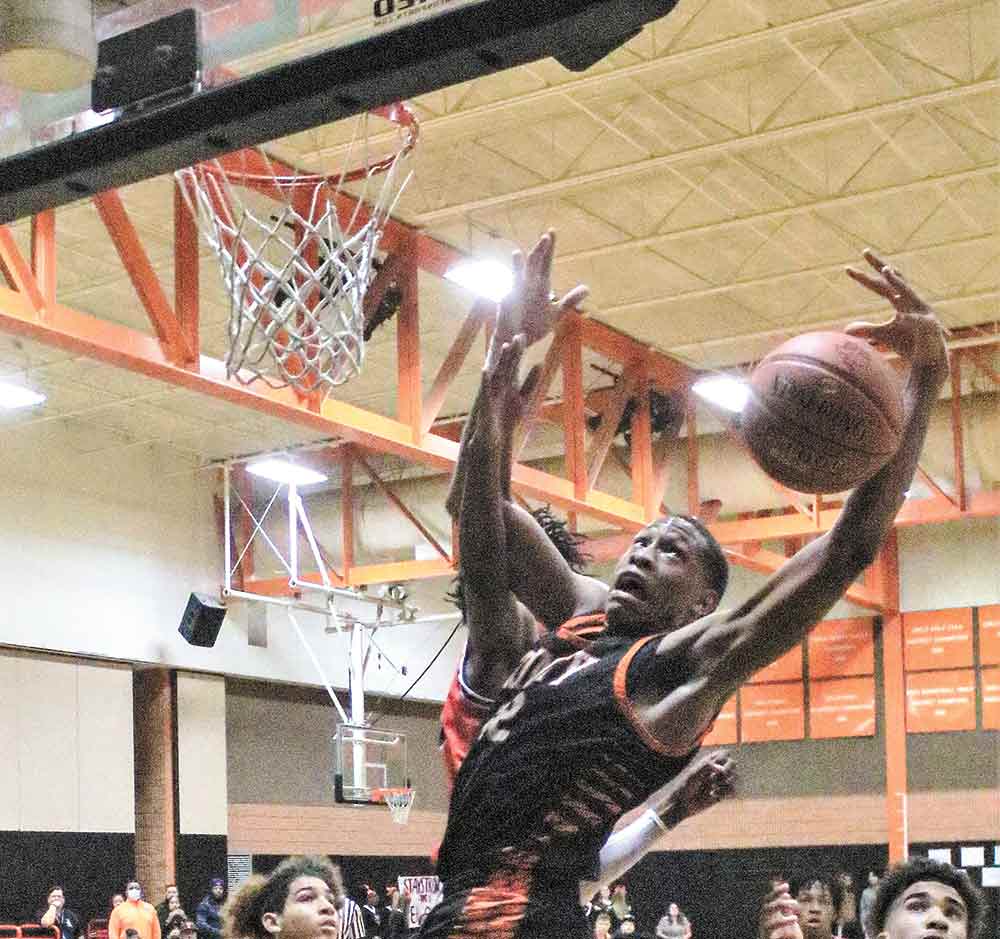 Trinity Tiger Terius Maxie (No. 22) pulls in a rebound. Photos by Tony Farkas

TRINITY — Playing the third-ranked team in your district is always rough, but Trinity was making a game of it, even taking a 23-15 lead into halftime.

However, that fire didn’t burn in the second half, and the Tigers dropped the Feb. 1 game against Coldspring 61-51

Coldspring was down 23-15 at halftime, a place it hasn’t been in some time, according to Head Coach Greg Devers.

Dakota Campbell was the standout player.

The Friday game against Laneville was cancelled due to the weather.