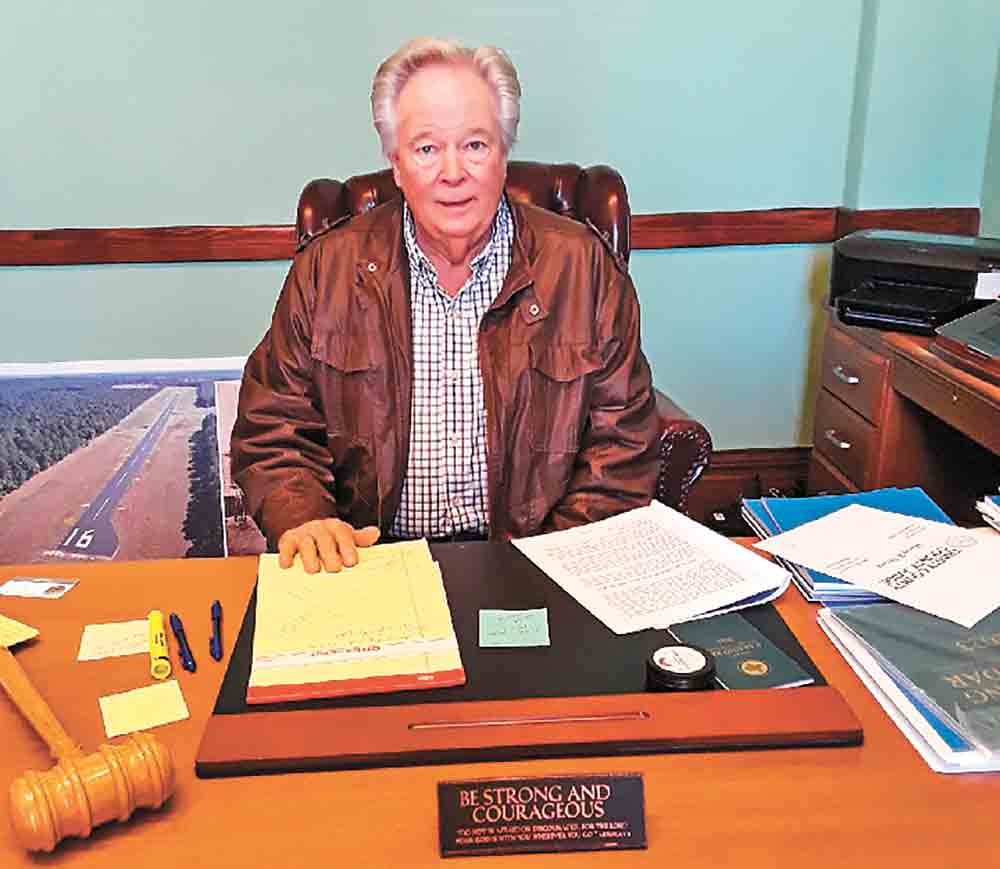 GROVETON — Danny Martin assumed the County Judge position this month, a position he said is one of service.

“I want’s best for the county, and if that takes raking a yard on the weekends, that’s what I’ll do,” he said. “My door is always open, and if someone has an idea, I’m not bullheaded and I will listen.”

As well as getting everyone in the county moving the same way, a county judge, who should act as the governor of the community, also needs to fiscally prudent, or, as Martin said, “squeeze a dime to keep things low-cost.”

Martin has been a business owner for more than 42 years, the last three of which were building storage units. He also owns a propane company and sells and subdivides land, and is the former Justice of the Peace for Precinct 1.

“At some point, we’re going to have to talk people into coming our way,” he said. “The lake is one asset we have going for us, and there’s cattle and some farming.”

Martin also said that logging is important in this part of the county, but is a double-edged sword; Trinity is ranked 163rd in the state for tax revenue, making it one of the poorest counties.

Taxes will become an even greater issue, particularly because the county needs to build a jail, he said.

“A lot of people don’t realize that for a jail, our tax base will go up,” he said. “I’ve contacted surrounding counties, and the overhead for running a jail runs about $1.4 million, and that doesn’t include the notes needed to build a jail.”

Given Trinity’s lack of available industry, such as in Angelina County, or oil and gas extraction, such as in Houston County, it makes financing things long-term and expensive, and that is only if a bond is approved by voters.

“It’s one of the biggest issues facing the county, and it’s a Catch-22 for the county,” he said.

On average, the cost to build a jail would add about 86 cents per $100 valuation to the current tax rate of 57 cents, which would strain a lot of landowners, Martin said. Additionally, the bond would have a 38-year term, but his research shows that a new jail’s life span is about 20 years.

For now, though, the county is in good shape, and Martin said his business background will be an asset.

“I’m a money man, and I’ve scrutinized the budget and found a few things to adjust to turn a negative into a positive,” he said.