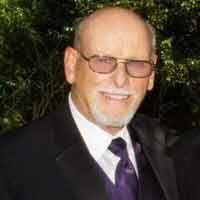 Joe HickinbothamPOINT BLANK — City Alderman Joe Hickinbotham was killed in a tragic accident on Sept. 15, according to reports from the San Jacinto County Sheriff’s Office.

Lt. Charles Dougherty said that at around noon, a neighbor called 911 and told officials that Hickinbotham was mowing his yard, and after a while, she heard yelling. She went to the area and reported the lawnmower had fallen over and trapped Hickinbotham underneath.

The 60-inch zero turn mower then caught fire, and bystanders were unable to remove Hickinbotham from under the mower, Dougherty said.

Precinct 1 Justice of the Peace Christina McGee ordered an autopsy, and Dougherty said it could take 8-10 weeks for results.

Point Blank Mayor Mark Wood said that on behalf of himself, City Secretary Kelly Hoot and the Point Blank City Council, they are sending prayers and heartfelt condolences to Joe’s family.

“There are no words that can adequately express what Joe meant to the entire community,” Wood said. “He was a fair and decent man. Joe’s humor, intelligence and calm demeanor was a great inspiration. We all benefited from his input. He was also my friend, and our weekly meetings were a joy to me. We will all miss him and have an emptiness in our hearts by his absence.”

According to the obituary submitted by Cochran Funeral Home, Hickinbotham was born in Pampa, where he began his love of all things Texas. He spent most of his childhood in Texas but graduated from Washington high school in Kansas City, Kan., in 1968. After graduation, Joe enlisted in the Navy where he served from 1969 to 1973.

After earning his associate’s degree, he began a 34-year career at Phillips Petroleum Co. He started in the Kansas City refinery and later transferred to Bartlesville, Okla., to be in Applied Automations. In the early 2000s, he moved back to Texas as the Director of Safety and Health U.S. Marketing.

Hickinbotham became an adjunct professor at Lone Star College teaching math after retirement, and many of his students were veterans transitioning from active duty to civilian life. Most recently, he was active in his community by being on the City Council and was president of the Northwoods Property Owners Association.

Hickinbotham was proud of his service to the country and his Indian heritage as a member of the Choctaw Tribe.

Visitation will be held from 5-7 p.m. Tuesday, Sept. 27, at Cochran Funeral Home, 212 Old Groveton Road South, in Onalaska. A funeral service is scheduled for 10 a.m. Wednesday, Sept. 28 at the funeral home. A graveside service for family and invited guests will be held at 2 p.m. Wednesday at the Houston National Cemetery.