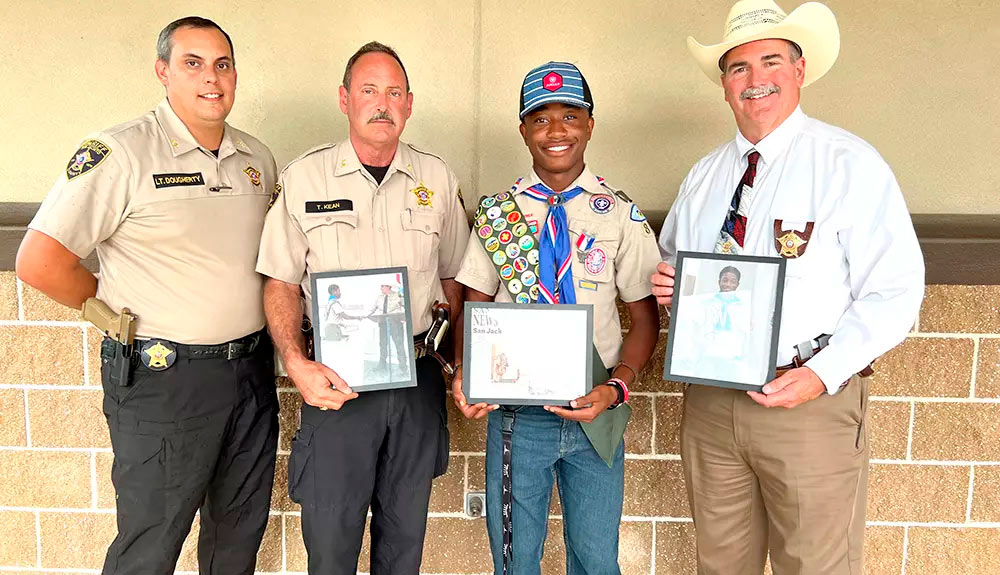 SHEPHERD — When not cracking the books in the 11th grade of Shepherd High School, Ronnie Charles Jr. can be found fishing, hiking and camping with his family, or enjoying some Gospel tunes at his local church.

At the completion of the recent Sheriff’s Achievement Award Ceremony, Ronnie told the assembled law enforcement personnel what were his plans for his obviously bright future.

After an internship and residency — perhaps at Baylor in Houston — Ronnie said he hopes to return to his hometown of Shepherd to “give back to the community of family and friends that’s originally gave so much to him over the years.”

Sheriff Greg Capers complimented the youth on his drive and determination.

“As someone who has dealt with DNA over the years, I am convinced you must come from a very high-quality parents,” he said. “I look forward to meeting them in the very near future.”