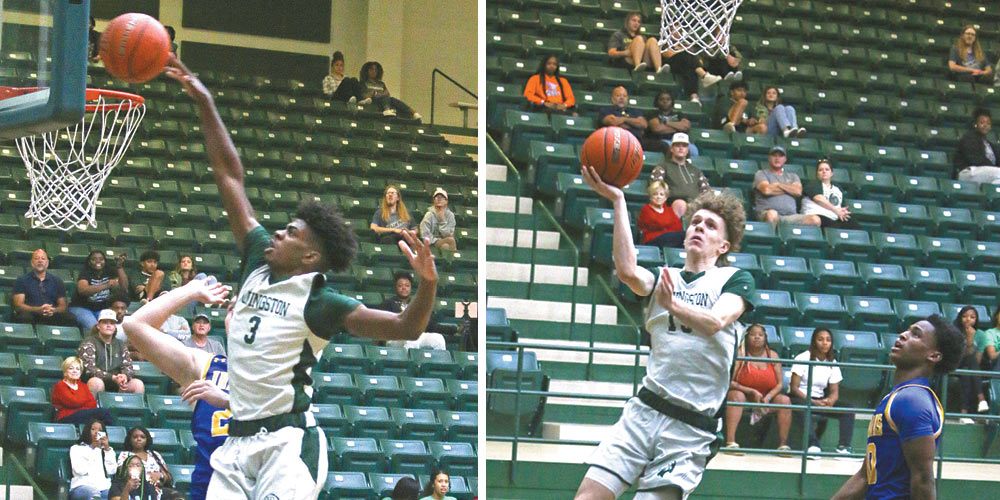 Livingston basketball traded punches with the Jacksonville Indians for one period, then took a knockout blow in the second round, dropping a 75-51 contest Tuesday in Lion Gym.

The home team held a lead for about 11 seconds in the first quarter and the game was tied at 16 going into the second, but that would be erased quickly. The Lions turned in a poor performance on the defensive end in the second quarter, allowing 30 points. Indian ball handlers were allowed to drive without much resistance, with several layups and a few dunks mixed in.

“We need to play defense and quit looking and watching. We watched too much,” Livingston coach Frederic Camp said. “When one of our players has the ball, we just stand there and won’t do anything to get open. Most of the guards I’ve got are looking for somebody to pass the ball to. If they don’t move, they can’t pass the ball, so they get caught. I never can tell you who is going to show up. I don’t know if the 80 (points) bunch is going to show up, or the 40 (points) bunch. Anything that we just went over yesterday, they didn’t do any of it today.”

The Lions were adequate, if unsteady, on offense turning in good results in the first and third. Willie Dault and Ziekus Garner led the team with 11 each. Jayden Randolph had 10 points and Ta McNeal had nine.

Livingston has been off for a week during the holidays after playing in the New Caney tournament. There, they took on larger schools, suffering losses to Nederland, Kingwood Park and Fort Bend Travis, while defeating Rosenberg Terry.

The coach said If his team will begin to play as they are coached, they will compete for the district title. However, he isn’t sure the team’s effort will reflect that of a championship squad each week.

“Whenever they (opponents) are going down the middle of the court and you are backing up and watching him, something is wrong. We (coaches) can design it, but we can’t play it. If they don’t play, it isn’t going to work.”

Camp said he has had conversations about the desire to win with his team, pointing out a player on the team who was part of Livingston’s historic football group from two years ago that secured a district title. He wants his team to have the same feeling of their names on a championship banner, but said that will be determined by their aspirations.

Livingston will have the first opportunity when district starts next week. Until then, they will challenge Kingwood Park at home Friday and are on the road at Huntsville Tuesday.