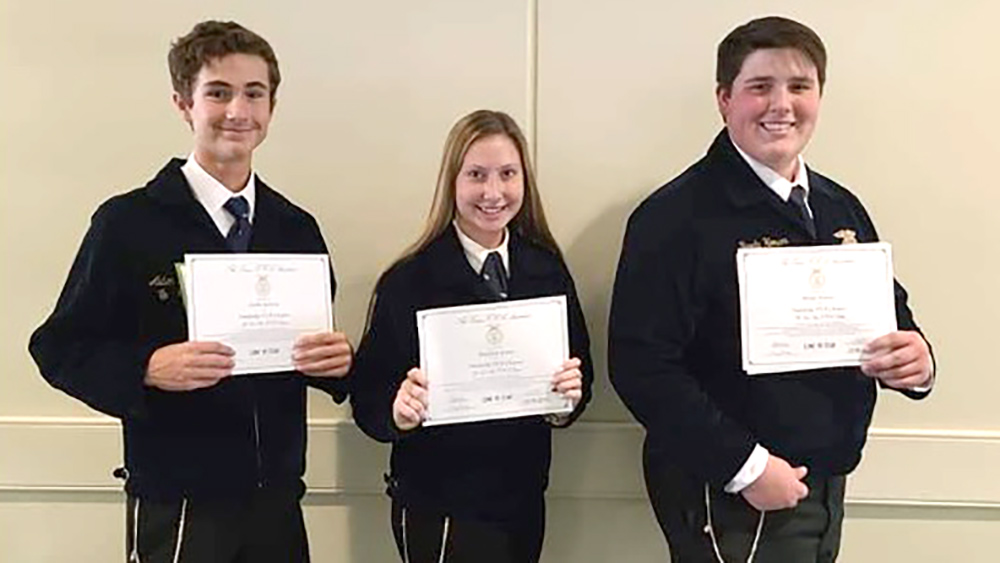 The Lone Star FFA Degree recognizes FFA members who have received the chapter degree, been active FFA members for at least two years, completed at least four semesters of agricultural science at or above the ninth grade level, maintained a supervised agricultural experience program, demonstrated their leadership skills, and shown a commitment to the FFA through involvement at the chapter level and above.

These students were four of more than 2,200 FFA members to receive this esteemed degree. The 94th annual Texas FFA Convention recorded approximately 15,000 members and guests. Members of the state’s largest agricultural youth leadership organization spent the week attending leadership workshops, participating in events and activities, being recognized for their achievements and serving as the legislative body for the Texas FFA Association.

The Texas FFA is the nation’s largest state FFA association with a membership of more than 156,000. FFA gives students the opportunity to apply practical classroom knowledge to real world experiences through local, state and national competitions. For more information about the Texas FFA, visit www.mytexasffa.org. 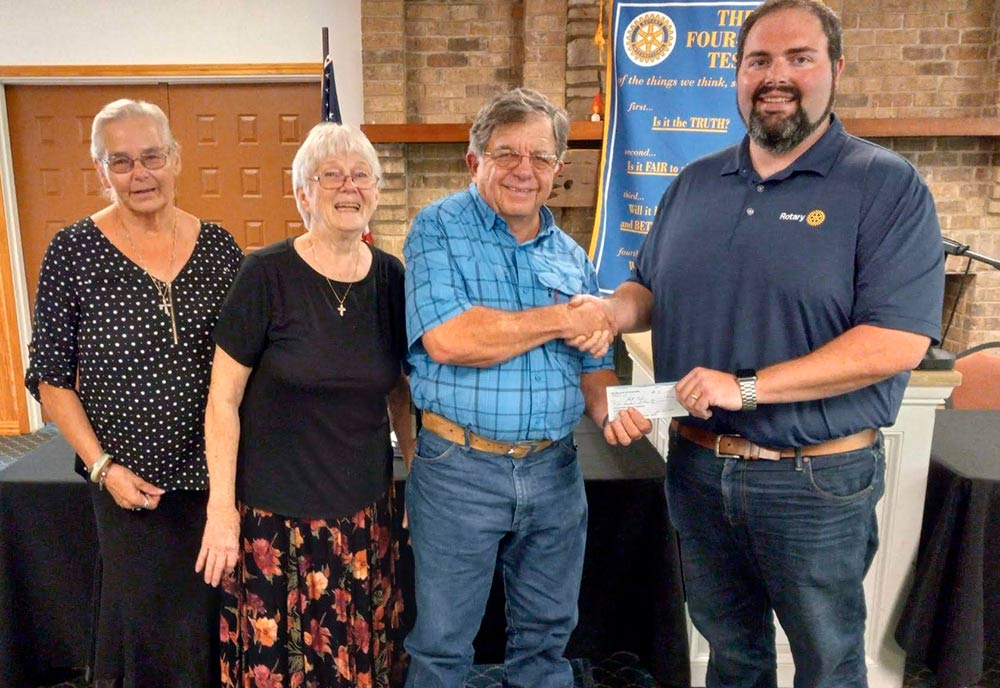 Martin Baker, the new director for Godtel Ministries who succeeds June Gentry who died last September, presented a program to the Rotary Club of Livingston recently. Godtel provides short-term housing for the homeless, on-site meals for the hungry, and clothing, household items, and furniture (when available) for those in need of these items. There is no monetary cost to the recipients for3 the services. Following the program, Rotary President Andrew Boyce presented a check to Baker for Godtel Ministries. Courtesy photo 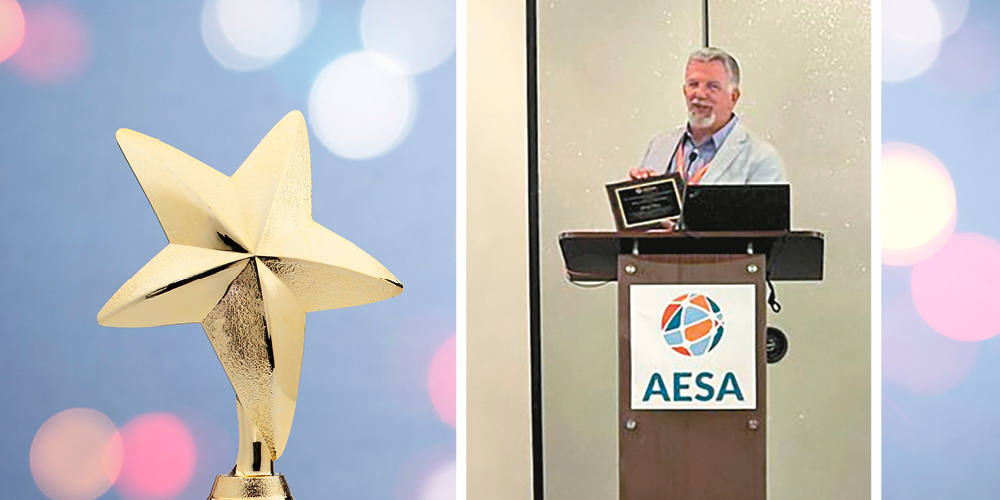 Dr. Jerry Maze, Executive Director of Region 12 Education Service Center (ESC) in Waco was chosen as this year’s recipient of the Peter C. Young Service Award by the Association of Educational Service Agencies (AESA). The award was presented at the AESA’s Summer Leadership Conference. The award recognizes an individual for extensive service leadership in advancement of educational service agencies at the regional, state or national level.

Maze said he was surprised and delighted to receive the award, especially since Peter Young was one of the first people he met when he began his career with educational service agencies.

“When I look at the list of previous winners of this award, I am so proud to be associated with such an amazing group of distinguished leaders. It is very humbling,” Maze said.

Maze has been active with AESA for years, serving on the executive council from 2012-2018 and as council president from 2015-17. He is currently a member of the Perspectives Editorial Board and president of the foundation board. He is a graduate of the Executive in Residence Program and in 2010 received the E. Robert Stephens Award, which recognizes research, writing and publication that advances the understanding of educational service agencies.

Maze became Executive Director of Region 12 ESC in 2011. Before that, he worked as a teacher and then school district administrator, serving as superintendent of the Hillsboro and Hubbard ISDs. The education leader began his career in his hometown as a teacher in Livingston ISD in southeast Texas.

“I realized that here was the big opportunity to impact many schools, many students and many districts at the same time,” he said.

Maze said he believes AESA and all educational service agencies have a critical role to play in meeting the continuing challenges faced by education leaders at all levels.

“On any given day, there will be questions to which there aren’t any easy answers,” Maze said.

“Collaboration with the experts is the way we solve the issues affecting education today and AESA is the platform to do that.” 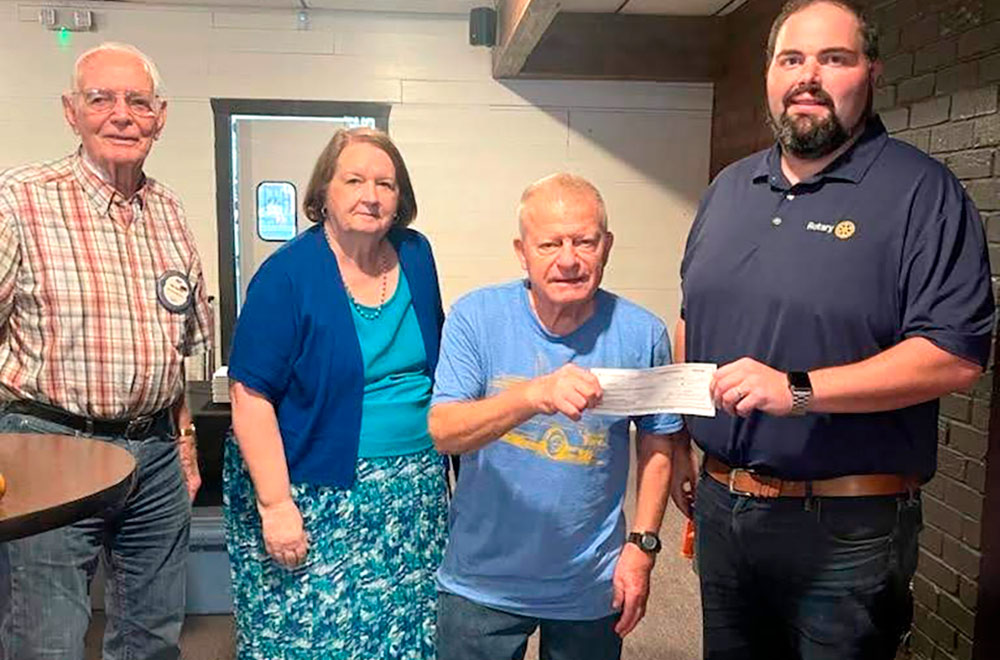 A program on the Polk County Emergency Health Board regarding its history and purpose was recently presented to the Rotary Club of Livingston by President John Muzny and Volunteer Peggy Wooten. (l-r) Rotarian Ray Gearing, Wooten, Muzny and Rotary President Andrew Boyce. Courtesy photo

John Muzny, president of the Polk County Emergency Health Board, recently spoke to the Rotary Club of Livingston.

Muzny introduced Peggy Wooten, who is a retired social worker for the Texas Department of Health. Wooten told off the original history of the emergency health board. Concerned citizens in 1987 were aware of the plight of people in Polk County who were in dire need to get prescriptions filled and didn’t have enough money. Many times they would end up in the emergency room. She stressed that the board was organized to meet those emergency needs and very seldom is able to meet ongoing needs. The emergency health board has helped people with transportation to doctors’ offices out of town. This has been especially true for cancer patients who have frequent needs.

During the question answer session following the program, Wooten told of the Keep Kids in School Program supported by First Presbyterian Church. While there are many different needs of children that have to be met before they can return to school, one quite expensive need is treatment for lice. The treatment shampoo regimen is extensive and involves the entire family.

At the conclusion of the meeting, Rotary presented a check to Muzny for the emergency health board which was much appreciated. 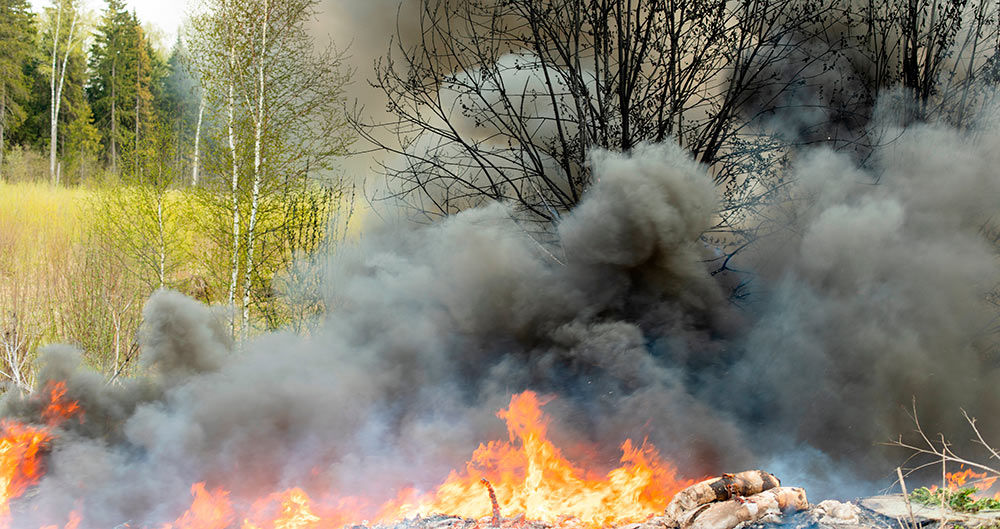 Council approved the employment of Macy George as a full-time office assistant and Joshua Watson as a full-time school resource officer, both with the standard 90-day probationary period.

Other business included approval of the minutes, payment of vouchers and financial reports.