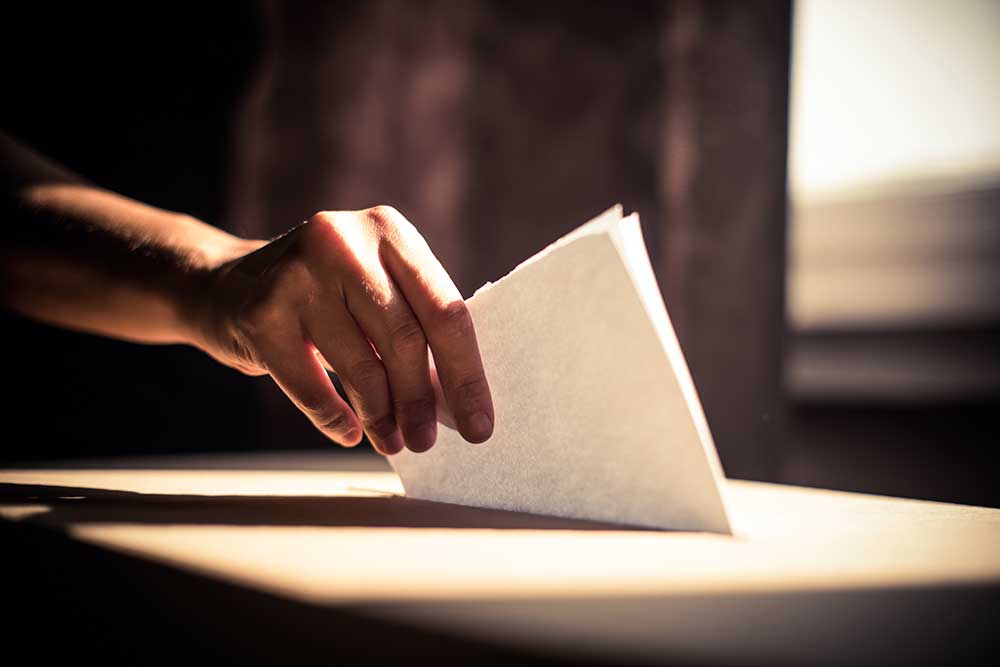 Eighty-seven provisional ballots cast locally in the Nov. 8 general election were reviewed by the Polk County Ballot Board Tuesday, not changing the outcome, but just garnering additional votes for the candidates. The Livingston ISD board of trustees election and a bond issue election in the Corrigan-Camden ISD were the only local races on the docket. A ballot is considered provisional when there is some question about a voter’s eligibility.

A little over 41% of the registered voters in Polk County voted in the Nov. 8 general election, a much higher percentage than usual.

In the Livingston ISD school board race, eight people, two of them incumbents, were vying for four spots on the board. Marty Drake and Kevin Wooten were the incumbents seeking reelection to the board. The two other seats were open. Following several terms on the board, Ben Ogletree III did not seek reelection. Krissa Bass Humphries resigned from the board in August and Alex Garcia was appointed to fill the unexpired term but did not opt to run for election to the board.

With there being only four votes difference between Grimm and Drake, the ballot board’s decision regarding the 87 votes was crucial as it could potentially change the outcome of the school board election.

The official results following the ballot board meeting resulted in additional votes for all eight candidates although not enough to change the outcome of the election. 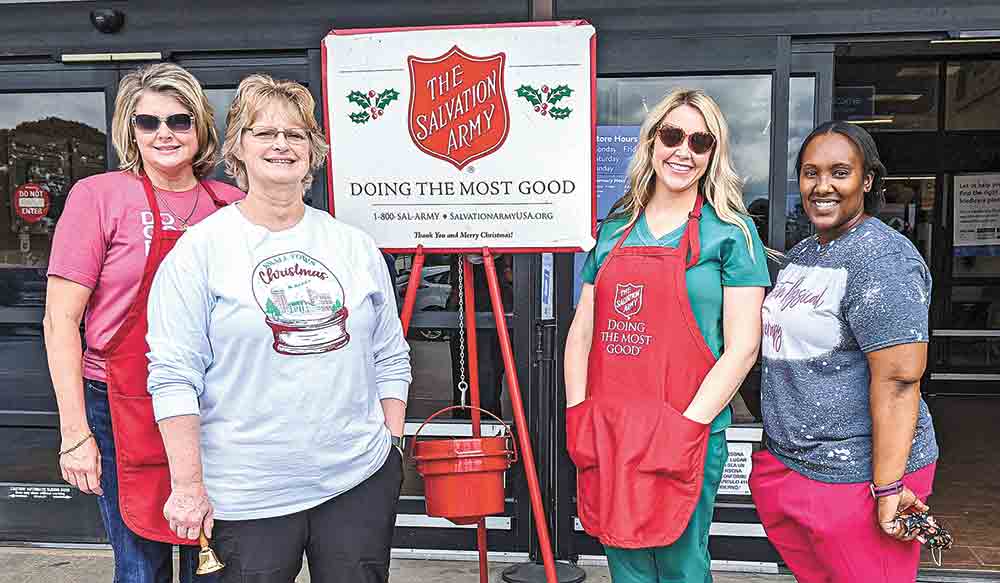 Salvation Army bell ringers will be back at Walmart this year requesting funds to help those struggling in the community.  All of the money that is collected locally stays here in Polk County and is administered by local volunteers to help mainly with utility bills and a few other needs that arise. In 2020 there were 333 families served and in 2021 there were 589 families served.

The Salvation Army organization annually helps more than 23 million Americans overcome poverty, addiction and economic hardships through a range of social services. The Salvation Army is doing the most good at 7600 centers of operation around the country.  In the first-ever listing “America’s Favorite Charities” by The Chronicle of Philanthropy, the Salvation Army ranked as the country’s largest privately funded, direct-service nonprofit. The needs are great and every donation provides help and hope to those in need. All gifts stay within the community in which they are given.

Many of the people who have put money into the kettles in Livingston say they are doing so because Salvation Army has helped them in the past when others did not. Besides donating in the kettles, you may also send a check to P.O. Box 2074, Livingston, TX 77351. Another option is contributing to the local Salvation Army account at First National Bank. You may also go to the website at www.salvationarmyusa.org/usn/ to contribute and designate for Polk County. Please consider helping locally to Salvation Army for those in need. 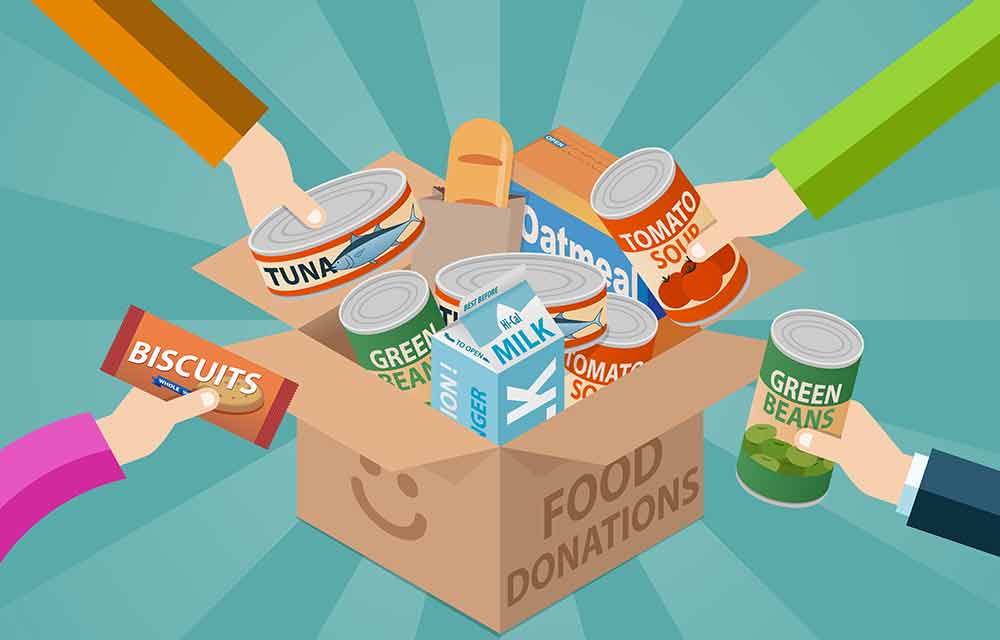 Members of the Livingston Lions Club are currently accepting canned foods and non-perishable items for the club’s annual food drive and will continue collecting through Nov. 22. 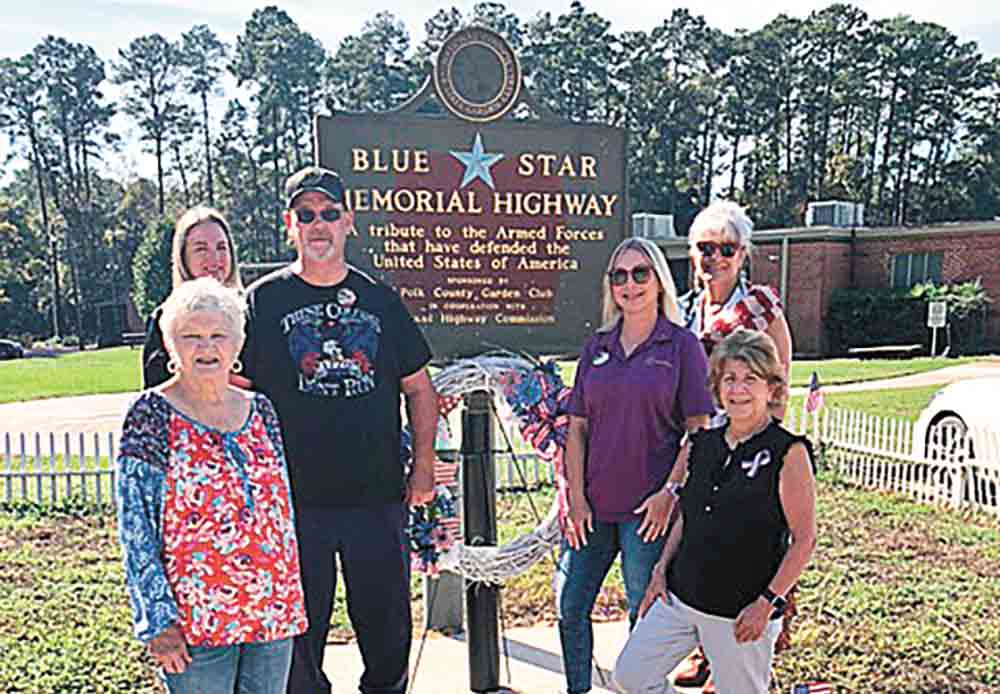 Members of the Polk County Garden Club gathered with others at the Blue Star Memorial Marker Wednesday to recognize and thank the veterans who have served. (l-r) Sharon Pollard, Cheyenne Olexy, Dave Johnson of the U.S. Army, Heather Melton of the U.S. Coast Guard, County Judge Sydney Murphy and Jeanette Phillips.Courtesy photo

Having recently lost a number of police officers to higher-paying jobs, the Livingston City Council took action following an executive session at its regular meeting Nov. 8 to alleviate the problem in the future. Council approved increasing the starting pay of officers to $53,000.

Several items were on the agenda regarding the Texas General Land Office community block grant disaster recovery program. The city was notified earlier this year that it will receive $2.541 million from Deep East Texas Council of Governments to fund projects geared toward the lower-income community. “We need to complete the application process. The funds are there but we have to go through the steps,” City Manager Bill S. Wiggins said.

Council approved a proposed resolution authorizing the submission of the application and authorizing the mayor to act as the city’s executive officer and authorized representative in all matters pertaining to the city’s participation. Council also approved a proposed resolution adopting the U.S. Department of Housing and Urban Development financial management and procurement guidelines; approved beginning procurement of engineering and administration services for the grant; and appointed a rating review committee to rate the proposals received. Wiggins, Mayor Judy Cochran and City Secretary/Assistant City Manager Ellie Monteaux will comprise the rating review committee.

Council also approved setting the 2023 calendar year holiday observances, adding two – Presidents’ Day and Columbus Day – for a total of 13 as opposed to the former 11.

A preliminary plat for the new 64-unit apartment complex to be constructed at 909 E. Church St. was approved.

Wiggins apprised Council of numerous upcoming events during his monthly city manager’s report. Livingston Trade Days is slated for Nov. 19-20. The annual Christmas lighting ceremony is scheduled for 6 p.m. Nov. 22 at the city hall. At that time, the city will “flip the switch,” turning on all the lighted decorations in Pedigo Park and throughout the city which will stay lighted until Dec. 31. The Christmas train village display will be available for viewing Nov. 25 through Dec. 30 at 406 N. Washington. Days and hours vary. First Baptist Church’s “A Drive Through Bethlehem” will be at 6 p.m. Dec. 2-4 at Pedigo Park. Santa will be at Miss Effie’s Cottage from 6-8 p.m. on Dec. 9. Hometown Christmas is from noon to 8 p.m. Dec. 10 and will include arts and crafts vendors, food and gift vendors and a quilt show along with the Jingle Bell Fun Run & Walk at noon at city hall and the Lighted Christmas Parade at 6 p.m. downtown. Wiggins also updated Council on a variety of current development projects that are underway.

He introduced Lynette Barker, the city’s new finance director, and reported that the city is losing its municipal judge – Shelly Bush Sitton – who will be the new district attorney beginning Jan. 1 but that Dana Williams has agreed to be the new municipal judge effective Jan. 1. Wiggins also reported that city employee Juan Parra has been moved to a floater position within the city but will primarily provide backup for Sara Milner in the municipal court.

Livingston Police Chief Matt Parrish and Lieutenant Marty Drake presented an update to Council regarding the use of Flock Group Inc. automated license plate recognition cameras. Through the program, five cameras have been installed at various locations within the city. The first camera was installed on Sept. 9 and the police department received its first “hit” and recovered a stolen car less than 24 hours after the first camera was installed. The subject had felony warrants and was in a stolen vehicle. The cameras have read over 800,069 license plates in the short time the department has had them, and the license plates are erased from the cloud in 34-36 days. During the time the department has had the cameras, they have recovered 17 stolen vehicles, a stolen camper trailer worth $45,000, and an 18-wheeler car hauler heading to St. Louis with numerous stolen cars on it. That one stop netted a recovery of approximately $270,000. Through the camera “hits,” the department has made nine felony arrests, recovered two guns and made total recoveries of approximately $430,500. The cameras pick up on stolen license plates, Amber alerts, silver alerts, sex offenders, protective orders, violent persons and wanted persons. The department has access to 505 in-state cameras and 352 out-of-state cameras.

Parrish and Drake expressed their appreciation to Council for approving the purchase of the cameras and emphasized how much the cameras are helping their department and other departments.

Although Council was slated to hold a public hearing on the determination of an unsafe and/or dilapidated building and cleanup of the property and consider action on a final order for the property, the items were cancelled in order to receive more information and will likely be back on the agenda for the January meeting. The property in question is a residential structure located at 1008 Dunbar Ave. owned by Dunbar Livingston 1008, LLC, the property being described as: Lot 6 of Block 1 of the Viola Jones Addition, a subdivision in the City of Livingston, in Polk County, Texas, according to the map or plat thereof recorded in Volume 1, Page 98 of the Plat Records of Polk County, Texas, also known as 1008 Dunbar Ave., Livingston, Texas.

Other business included approval of accounts over $500 and minutes of the Oct. 11 meeting.