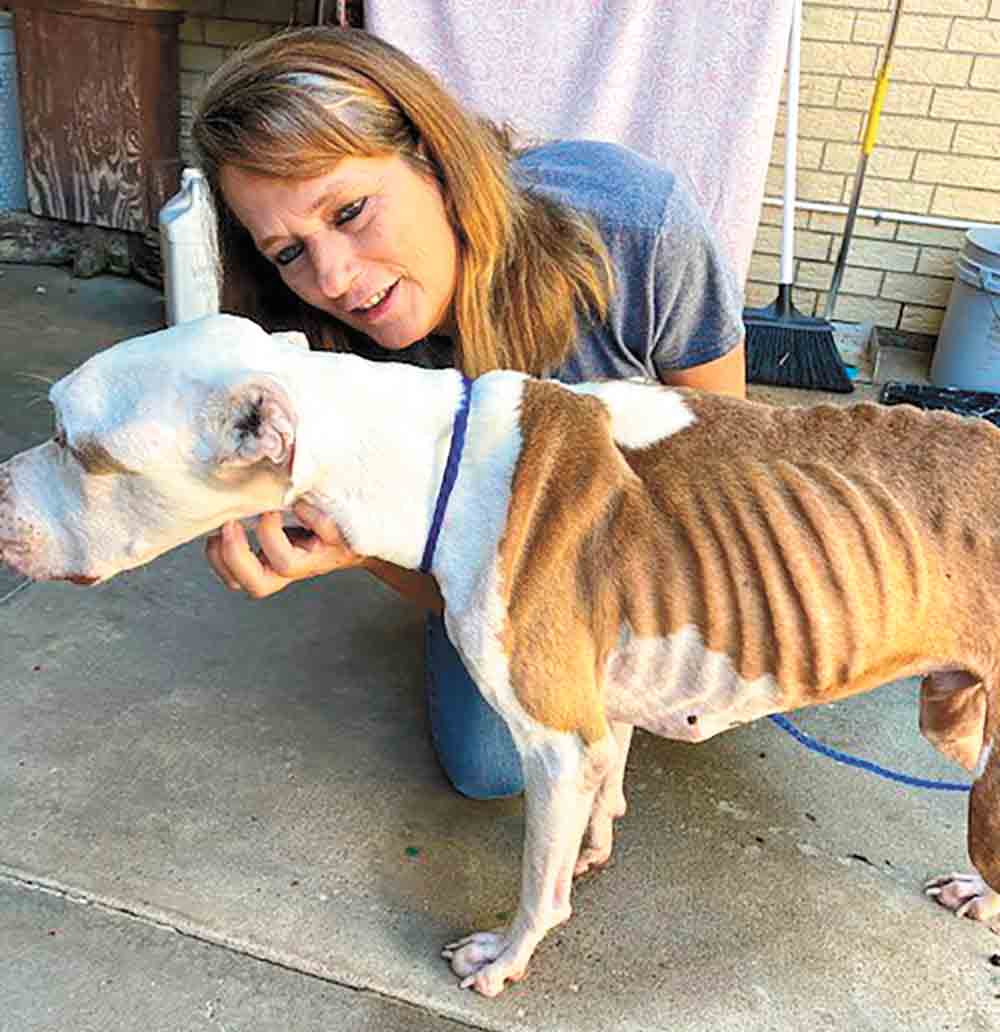 Tammy Lawson is shown with Chance, one of the rescue dogs she and her huband Greg are tending to on behalf of Animals Lives Matter of East Texas, a non-profit they started at the beginning of the year. Courtesy photo

Have you heard about the new rescue in town? Greg and Tammy Lawson have supported animal rescues together since they were married back in 1991. After many years of supporting other animal rescues, something they still do, they decided to at the beginning of 2022 to open their own animal rescue network and work with various county entities in East Texas. Their main focus is Polk County and they are proud to announce their rescue is an official 501(c)3 non-profit with the name “Animals Lives Matter of East Texas.”

The non-profit is all volunteers with no one on the payroll and all donations go to the welfare of homeless and abused animals. One of their focuses is teaching proper animal ownership and the responsibility that comes with bringing an animal into your family, from food and water to vaccines and spaying and neutering to proper housing from the weather and giving the animal the attention it deserves.

The Lawsons are quick to respond that their biggest issue is animal neglect. Not only do they deal with animals that have been dumped in the streets, they also have seen many cases of abuse in which neighbors turn their backs.

“We have two dogs with fosters right now that were chained to a tree with no food or water. One came in at 35 pounds, literally skin hanging on bones. His ideal weight should be around 73 pounds. He’s doing well now and has gained over 20 pounds since being taken under our care,” Tammy said.

When asked what to do about animal abuse, Tammy said to show that you care by reporting it to Animal Control. “For God’s sake, do something. Don’t ignore it.

“It’s a never-ending battle and Animals Lives Matter will not give up. Animals Lives Matter of East Texas is very active on Facebook and invites everyone to follow us,” Tammy said, adding, “We’re also working on a website and YouTube page so we can get the message out even further.”

For those interested in becoming a foster, reach out to them at 281-871-0110. Donations may be sent via PayPal to https://paypal.me/almofeasttexas?country.x=US&locale.x=en_US or checks may be mailed to Animals Lives Matter of East Texas at 437 S. Circle Dr., Livingston, Texas 77351.