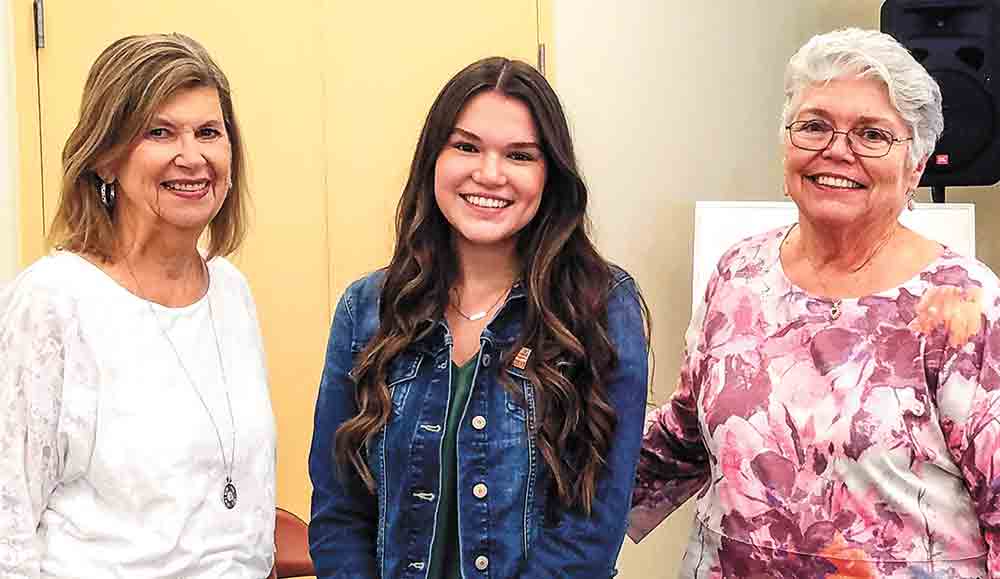 Maci Hill, a Livingston High School senior and first place winner among 600,000 entries in the National History Day (NHD) Competition, presented her winning documentary, “Communist in the Cornfield: Roswell Garst’s Citizen Diplomacy,” to the Polk County Chapter of the American Association of University Women (AAUW) Monday. Hill’s program kicked off the first meeting of the 2022-2023 year for Polk County AAUW which is celebrating its 40th anniversary this year.

“Debate and Diplomacy” was the theme of last year’s National History Day Competition and Hill’s winning documentary explores the historic 1959 trip that Soviet Leader Nikita Khrushchev made to the Iowa farm of Roswell Garst. The purpose of the trip was for Khrushchev to learn how the Soviet Union could produce food to feed its citizens. Garst thought hungry people were dangerous people so the U.S. granted an export license to Garst. The historic trip in September of 1959 was considered to be the first major hole punched in the Iron Curtain.

Hill’s work resulted in her receiving a Next Generation Angels Award which is an annual prize sponsored by The Better Angels Society in coordination with NHD. The award is presented to six middle and high school documentary filmmakers to recognize excellence in well-researched history filmmaking in the model of Ken Burns. Each year, The Better Angels Society celebrates the six student winners with a series of events that will enhance their knowledge and skills, including a mentorship session with Ken Burns and the Library of Congress Lavine/Ken Burns Prize for Film Finalists. Additionally, all Next Generation Angels Award films receive a copyright and will exist in perpetuity in the Library of Congress.

This was Hill’s sixth entry into the NHD competition. She reached the national competition in five of those. Hill is the daughter of Chad and Mary Hill of Livingston.

Following Hill’s program, Co-President Virginia Key presided over the business meeting which centered on plans for the chapter’s ninth annual scholarship bridge luncheon and silent auction which is slated for Nov. 10.

AAUW is an international organization founded to improve the lives of millions of women and their families. The mission of the Polk County Chapter is to advance equality of women and girls through advocacy, education, philanthropy and research.

Anyone interested in joining the chapter, learning more about the organization or becoming part of the organization’s projects and programs is encouraged to attend. For additional information, call 713-376-2743.