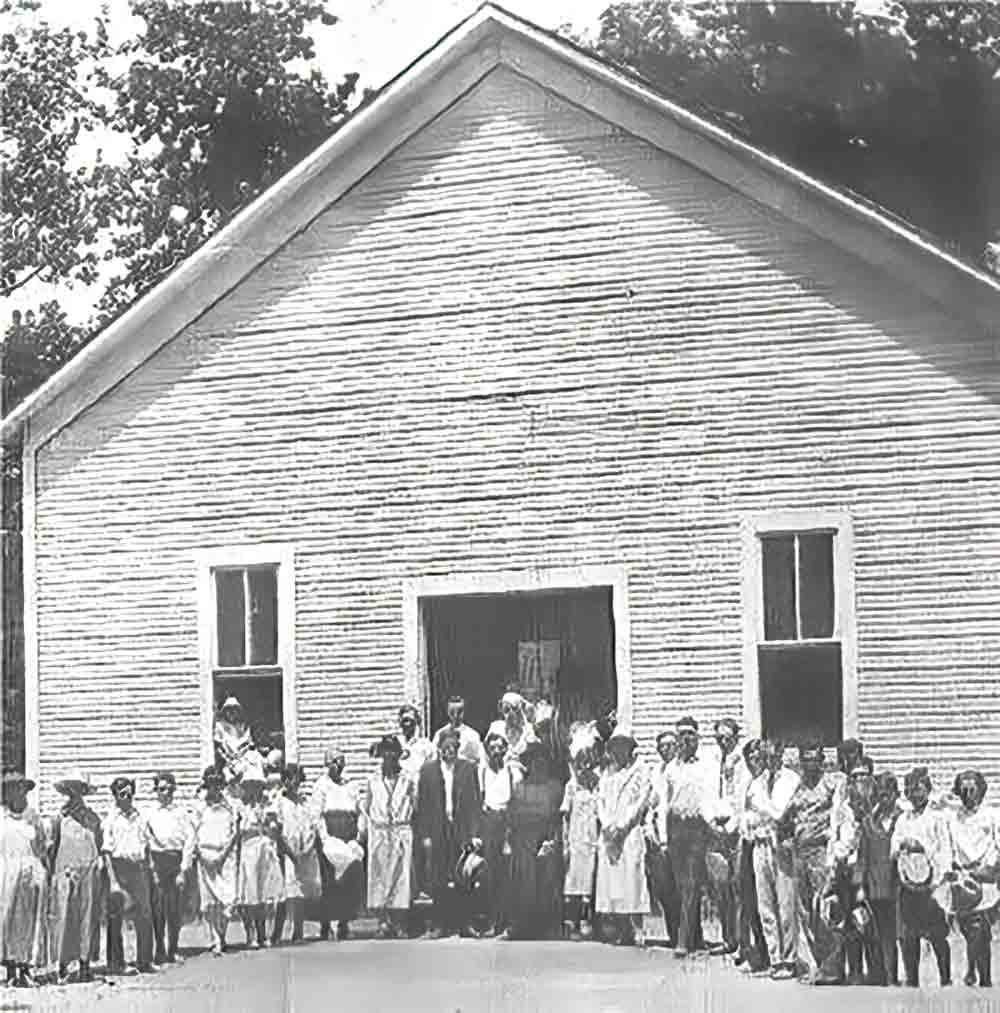 With times as they are, it is very difficult for smaller churches to be able to literally “keep their doors open.” Sadly, there is a serious falling away from churches and Covid has certainly taken its toll on church attendance. Smaller churches don’t have a lot of things many of the larger churches have. They don’t have huge membership which in turn brings in enough people and money to afford extras for their members to enjoy. Many times in smaller churches a few individuals have to take on the role of many different needed church positions. But I would like to believe that larger churches also can remember back to when their church was just a small church and I am sure their members also appreciate all the work and effort it took to get their church to the point it is today.

I love driving through a small town and seeing the churches there because I know those churches were the building blocks of those little communities and they still stand. Those churches have stood the test of time as Goodrich First Baptist has. Has it been easy? No. Honestly, at times it has been so very difficult. People come and then some leave. Sadly, many pass on from this earth, leaving empty spots that are impossible to fill. The economy plays a huge part on any church but it seems to really hit the small ones the hardest. But on the flip side of that is all the amazing love that is shown and the wonderful feelings of walking into that church and being met with hugs and smiles.

Thankfully God has enabled Goodrich First Baptist to not only keep its doors open, but to also be able to offer help to the surrounding communities. Goodrich First Baptist has been a “port in the storm” to many that have been seeking shelter from raging storms and rising waters. While this small church has never called itself a shelter nor ever received any funds for being a shelter, the doors were opened when it was needed and with God’s continuing grace, these doors will be open when needed again. Goodrich First Baptist also offers free programs such as their free clothing closet and their free lunch for seniors each Tuesday. All of this is possible only through the grace and will of God.

One only has to walk into the beautiful sanctuary to instantly realize how historic this little church is. So with that being said, I thought I would once again share some of the history of Goodrich First Baptist Church.

On Sept. 21, 1903 a group of members of the regular Baptist churches holding letters of dismissal and living in Goodrich met in the schoolhouse to organize a church. The charter members registered were J.H. King, R.A. Coward, S.H. Edmonds, T.C. Walters, S.C. Walters, Mrs. E.P. Coward and Mrs. S. C. Coward. After reading the convent, Mrs. S.C. Walters was elected church clerk. Bro. P.H.  Bilbro was elected pastor for one year. The church was named First Baptist Church of Goodrich, Texas. Brother S.C. Walters and Bro. A.B. Coward were ordained as the first deacons in the presence of Brother P.H. Bilbro and J.S. Louis.

The one-room schoolhouse where the meeting took place is where the home of Lera Craig was later built. The first Sunday School Superintendent was elected and the first Wednesday night prayer meeting was organized on January 24, 1905. On Nov. 16, 1907 the church raised the pastor’s salary to $55 a year. In April of 1908 the total membership for the First Baptist Church of Goodrich was 29 – 12 men and 17 women. They were able to raise the pastor’s salary to $56 a year.

While this small church was struggling to get its own church building built the world around them was rapidly changing. Many members of this church willingly stepped up to join up and serve their country and sadly many did not return home. In Sept. 16, 1921 the First Baptist Church of Goodrich held a revival with visiting pastor L.S. Cole. This revival was held under an arbor under the two big trees west of what was the J.R. Edmonds home. During this revival 62 members were added to the church membership. Due to the rapid growth of the church membership they were able to raise the needed money to build their own church. In 1921 the church was able to finish building its first church home. On Sept. 22, 1922 the church had a membership roll of 106 members.

Then in 1929 Wall Street crashed and the Great Depression hit and it hit the little communities hard. But still this community pulled together. They helped their neighbors in need, they cared for each other and they continued on God’s plan for this church. Despite the crash of Wall Street and the Great Depression looming over them, this group of Christians continued on their faith in the belief that God would provide. In 1929 the church had to find a building to use through the cold winter since there was no heat in their church building, so they returned to using the one-room school building until March of 1930 when the weather would be warmer.

Fast forward to 1941 and remember that Pearl Harbor was attacked but still this church moved forward with members buying war bonds in 1942 to start a church building fund. On April 29, 1945 after it had failed at an earlier church meeting, the church membership voted to move the church from its location across the railroad tracks to its new location on 1988 East (Bond Street) where it remains today. After only two years in August of 1947 the church entered its new home at the same current location where the church stands today.

In 1971 the present parsonage was built and is still in use today. In 1978 the present-day classrooms and fellowship hall were built, doing away with the old two-story classrooms. In May of 1982 the church spent approximately $40,000 to remodel the auditorium. In July of 1985 the church designated the third Sunday of every September as its Homecoming Celebration date. In September of 1986 with the grace of God, Goodrich First Baptist was able to “burn” its financial note.

Now to present day … through so many up and downs (and a few different buildings and locations) this little church in Goodrich, Texas has stood now for 119 years. I could go on and on about how many wonderful Godly people have worked through these many years to not only sustain but to work for the future generations to come, so that this little church could stand in the middle of a tiny country town and proclaim that by the Grace of God and the hard work of so many, this church still stands as a Christian Church based on the principles of God’s Own Word ... the Holy Bible. This church welcomes all. There are no exceptions. Everyone is welcome to come worship God at this church.

So with all this being said, please feel very welcome to attend the 119th Homecoming Celebration at 11 a.m. Sunday. No dress code required ... from suits to jeans ... from heels to flip flops ... everyone is welcome.

Now for other news:

Some of my older readers may remember the Hayman family. Mr. Wesley Hayman was the superintendent of Goodrich ISD during the 1950’s. His son John Hayman attended school here and graduated from Goodrich in 1961. John Hayman surprised me a couple of years ago and stopped by my office to give me his Goodrich letterman jacket so it could be framed and hung in The Old Hardware Building as part of our collection of items for preserving our community’s history. He promised to come back soon with more keepsakes and some photos but that is about the time Covid hit so that was the last time that we got to visit about “the old days,” but his jacket now hangs in The Old Hardware Building in the forever memory of him. Sadly, John Hayman passed from this earth this past week and his funeral was held Sept. 16 in Edna, Texas. Our thoughts and prayers are with all of his family and friends.

I will leave you on that note with a reminder to find time to make those memories because at some point that is all that will be left.