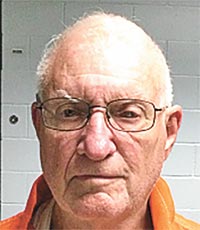 An investigation was initiated by detectives after the Polk County Sheriff’s Office received a call in reference to a male subject in possession of child pornography, at an address off Ollie Loop in Livingston. The male subject was later identified by detectives as Anthony Joe Bartunek, 78, of Leggett.

Bartunek is a registered sex offender with the State of Texas for the offense of possession of child pornography.

Subsequent to their investigation, a warrant was issued for Bartunek for possession of lewd visual material depicting a child, a third-degree felony.