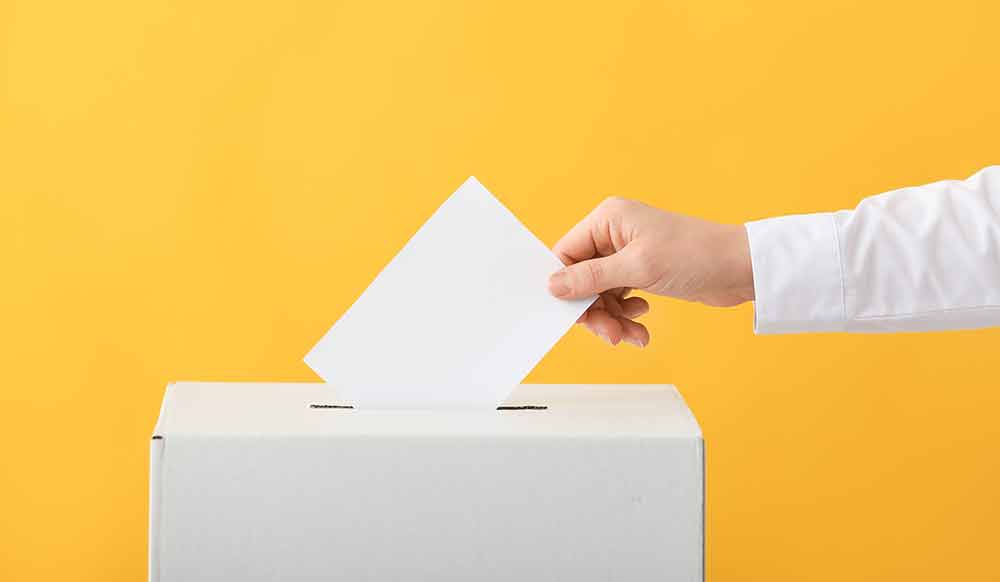 A mapping oversight caused some confusion at the polls this week that could have affected both the Chester ISD school board election and the Corrigan-Camden ISD bond issue election had it not been discovered and rectified.

Just a little to the east, voters in the Corrigan-Camden ISD will go to the polls to vote “for” or “against” two propositions in a bond issue election.

Proposition A is “The issuance of $21,490,700 of bonds by the Corrigan-Camden Independent School District for school facilities (and any necessary or related removal of existing facilities), and the purchase of any necessary sites for school facilities, and the levying of a tax in payment thereof. Required statement for all school district bond propositions pursuant to Section 45.003, Texas Education Code: This is a property tax increase.”

Proposition B is “The issuance of $3,675,200 of bonds by the Corrigan-Camden Independent School District for stadium facilities, and the levying of a tax in payment thereof. Required statement for all school district bond propositions pursuant to Section 45.003, Texas Education Code: This is a property tax increase.”

Polk County Tax Assessor-Collector Leslie Jones Burks, who also serves as the county’s voter registrar, said she dealt with the appraisal districts in both Polk and Tyler counties and that it took her all of one afternoon and all of one morning, but that she got it fixed.

“I wasn’t going to let it go until I got it fixed,” Jones Burks said.

“It was brought to my attention by a concerned citizen that when he went to vote, he was unable to vote for the Chester School Board, but was able to vote on the Corrigan bond issue. I understand he told them this was a mistake and they said they would void it and he would have to do a provisional ballot. I spoke to Leslie Jones Burks. We were told it only affected three people that live on McKnight Lane and they have fixed those.

“I’m not overly concerned because I was told it was corrected and fixed and such a small grouping. If it was a larger grouping, that would be different. The concerned citizen that came to me, I don’t know if it was fixed on the same day or the next day, but I was told it was fixed. I don’t know if he ended up with a regular ballot or a provisional ballot,” Drake said.

McKnight Lane is an offshoot of the Barnum Loop between Corrigan and Chester.

“I know the gentleman it affected,” Jones Burks said. “He owns all three houses on the road. He lives in one and the other two are rentals.

“When I received my information from the mapping department, it had them (the three houses in question) in the Corrigan school district. I knew that was wrong, so I contacted the appraisal district. They were paying school taxes to Chester. The pictometry was wrong in Polk County. His property is the county line,” Jones Burks said.

Pictometry is a patented aerial survey technique for producing oblique georeferenced imagery showing the fronts and sides of buildings and locations on the ground. Photos are captured by low-flying airplanes, depicting up to 12 perspectives shot from a 40-degree angle, as well as an overhead view of every location flown.

According to Jones Burks, not everyone can go online and look at the pictometry, only those with passwords.

“The layer was incorrect on the pictometry, but was correct on the regular mapping,” Polk County Chief Appraiser Chad Hill said, emphasizing, “Our maps are used for appraisal district business only.”

In Polk County, the tax assessor-collector has always served as the voter registrar and was responsible for disseminating the voter registration cards while the county clerk and her staff have run the elections. However, that will change effective Jan. 1, 2023.

An order transferring voter registration duties from the tax assessor-collector to the county clerk was approved by the Polk County Commissioners Court during its regular meeting June 14.

“We met, Commissioner Purvis (Precinct 3 Commissioner Milt Purvis) and myself, with (County Clerk) Shelana Hock and (Tax Assessor-Collector) Leslie Jones Burks and discussed combining the two instead of having them split and Shelana has very graciously agreed to consolidate those services in her office,” County Judge Sydney Murphy said, emphasizing that the change would not be made prior to the November election.

When asked she is relieved to no longer have the responsibility that comes with being voter registrar for the county, Jones Burks said, “It was hard for me. It was very hard. I’ve worked in that office for 31 years. Bob Willis hired me.”

It is hoped that having all election-related activity handled by one office will eliminate some of the issues that have plagued Jones Burks’ office in recent years.

Several residents from the Midway Loop attended the May 24 meeting of the Polk County Commissioners Court, with two of them addressing the Court during the public forum. Their concerns were that when they voted in the March 1 primary election, they were able to vote in the race for Precinct 4 commissioner. However, when it came time to vote in the May 24 runoff election for Precinct 4 commissioner, they were unable to and were told they were in Precinct 3. Some were allowed to vote provisionally, but others were not given that opportunity.

The confusion was the result of precinct boundary lines being changed in the fall of 2021 following the decennial redistricting that occurs when new population numbers are revealed based on the Census. Redistricting is the process of dividing or organizing an area into new political districts and the purpose of redistricting is to establish and maintain voting districts that are faithful to the principle of one-person, one-vote.

Several members of the Court, as well as the audience, expressed concern regarding people being able to vote in the primary but not in the runoff. One referred to it as “unintentional election-tampering” and others questioned the legality of it.

In January of 2022 it was discovered that a number of newly mailed voter registration cards were incorrect, predominantly affecting citizens in Precincts 1 and 4.

According to 2020 Census figures, Polk County gained 10.4% in its population since the last accounting in 2010, up from 45,413 to 50,123. The Austin firm of Allison Bass & Magee LLP—which serves as general counsel for the Texas County Judges and Commissioners Association of Texas and as litigation counsel for the Texas Association of Counties—was retained by the county to assist in examining the data and developing a redistricting plan for the county.

Texas Law allows a deviation in commissioners’ precincts of up to 10% before boundaries are required to be redrawn and Polk County was over—in total—by 30.66%. Precinct 1 was 18.26% higher than the ideal population and Precinct 3 was 12.4% below the ideal, so a shifting of boundaries had to occur.

“We had eight different maps sent to us from Allison Bass. We got the last one the day before we were out for Christmas. I was just hoping and praying I put everyone in the right one. While everyone else had four days off for Christmas, I was off Christmas Day only because I was at the office dealing with maps. I was hoping and praying it would all work out,” Jones Burks said.

At the time, Jones Burks said if anyone had questions, they could call her office and she could look it up on a spreadsheet and tell them which precinct they were in.

In October of 2016, both the Polk County Enterprise and Livingston ISD each received complaints from voters who said they were unable to cast votes for school board positions. In response to the large number of calls, LISD issued the following statement from Superintendent Dr. Brent Hawkins: “The district has heightened concerns from the reports that we are receiving because it is our goal for the voice of the community to be heard. We have a joint elections agreement with the county, and we stand ready to do anything we can to aid in the resolution.”

A letter dated Oct. 27, 2016 that was addressed to Polk County voters from County Clerk Schelana Hock referred to an error in the school district voter database that was provided to her office that resulted in voters living in the Livingston ISD not being shown as eligible to vote in the LISD School Board election.

“If there is a problem with your ballot you should let an election worker know and we can help, but only if you say something before finalizing your ballot,” Hock said.