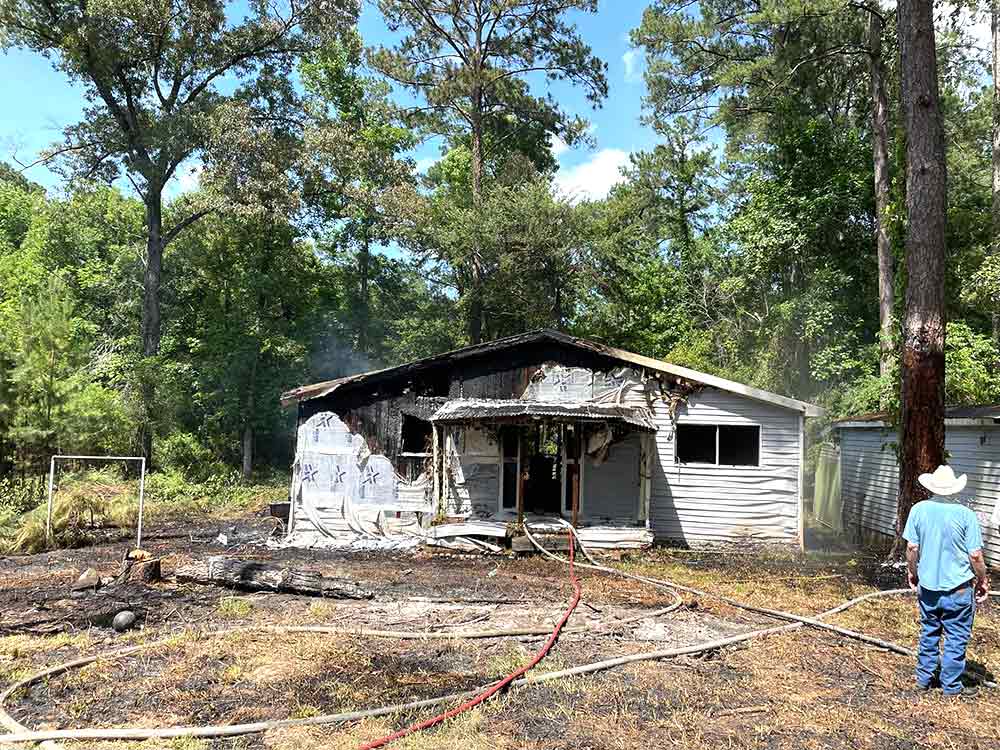 Trinity VFD firefighters responded to a house fire on Monday, only to return on Tuesday as the porch caught fire again. Courtesy photo

TRINITY — The Trinity Volunteer Fire Department battled a fire at a home in Trinity Cove — twice.

Assistant Fire Chief Keith Johnson said a blaze broke out in an abandoned residence at 118 Azalea in the Trinity Cove subdivision at 2:20 p.m. Monday.

When firefighters arrived, the structure was partially ablaze. The VFD brought and engine, two tankers and 15 firefighters and had the fire under control in about 15 minutes, Johnson said.

The Fire Department was called back at 7:15 a.m. Tuesday as the structure broke out again. One engine and nine firefighters responded and extinguished the fire on the front portion of the structure.

As the building was abandoned, no injuries were reported.