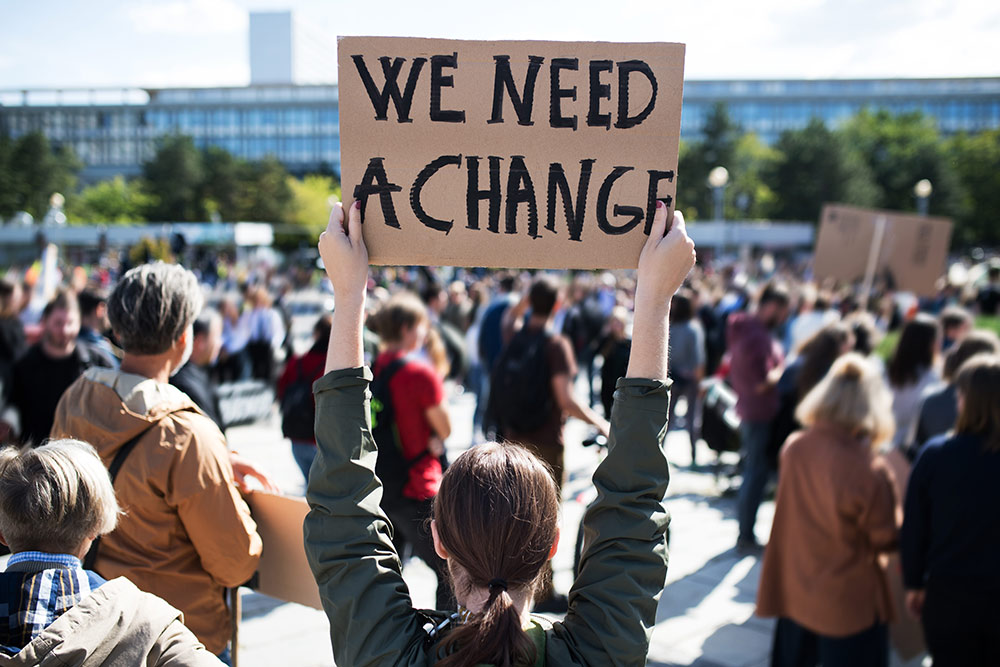 Anti-gun violence protests were held in multiple cities across the state over the weekend. Courtesy photo

Anti-gun violence protests were held in multiple cities across the state over the weekend, while the state has imposed additional measures designed to strengthen school security.

Texas State University’s Advanced Law Enforcement Rapid Response Training program will be provided to all Texas school districts. The course is “designed to improve integration between law enforcement, fire, tele-communicator and emergency medical services in active attack/shooter events,” according to its website.

Gov. Greg Abbott also requested ALERRT to provide an after-the fact debrief of the school shooting at Robb Elementary in Uvalde once the ongoing investigation is complete.

“We sadly recognize we cannot do anything to bring back the precious lives that were taken; however, we must do everything in our power to prevent the same tragic ending from happening again,” reads the governor’s letter.

In addition, the Texas Education Agency has been directed to create the position of Chief of School Safety and Security. The chief will be a “recognized expert on school security and public safety issues, an effective coordinator of multidisciplinary teams, a resource to school districts and the legislature, and effective at implementing programs,” according to a TEA news release.

The number of workers compensation claims related to COVID-19 claims reached 83,000 in May, with 448 fatalities reported to the Division of Workers’ Compensation. Just more than half of these claims and fatalities involved first responders and correctional officers.
Most of the claims paid were to compensate people for lost wages.

The Uvalde schools police chief explained the delay in confronting the gunman who killed 19 children and two teachers by saying he couldn’t obtain a key to locked classroom door.

“The only thing that was important to me at this time was to save as many teachers and children as possible,” Pete Arredondo said in a Texas Tribune report. He said he tried dozens of keys that failed to work.

“Each time I tried a key I was just praying,” Arredondo said. It took 77 minutes after the May 24 massacre began for officers to unlock the door and kill the gunman. Besides the Department of Public Safety, Arredondo is the only other law enforcement official to give a public account of the police response to the shooting.

In addition to the state probe, the U.S. Department of Justice has launched a review of the police response.

A single case of monkeypox virus infection was confirmed in a Dallas County resident who had recently traveled internationally, the Texas Department of State Health Services has announced.

Those infected may experience fever, rash and swollen lymph nodes, as well as more serious complications,” the DSHS release said.

The patient is in quarantine at home. DSHS said the virus does not currently present risks to the general public, though it is reaching out to passengers who might have been exposed to the patient on a flight from Mexico to Dallas.

A drier and warmer May for much of state

May brought some rain but not as much as hoped, according to Dr. Mark Wentzel, hydrologist for the Texas Water Development Board.

“This May’s modest rainfall and high temperatures combined to provide only small improvements in drought conditions across our state,” Wentzel wrote. “Every little bit counts, but that little bit of recovery is disappointing considering that May has historically been the wettest month of the year for Texas.”

Drought conditions covered 78 percent of the state by the end of May.

As temperatures soared across the state during the first days of June, demand for electricity set daily and monthly records, according to numbers released last Friday by the Electric Reliability Council of Texas and reported in the San Antonio Express-News.

Triple-digit temperatures were reported across the state over the weekend — several days before the official first day of summer.

“ERCOT will continue to deploy all available tools to manage the grid reliably and coordinate closely with the Public Utility Commission, generation resource owners and transmission utilities to ensure they are also prepared for the warm weather across the state,” Christy Penders with ERCOT said.

The number of new COVID-19 cases reported in Texas during the past week stayed essentially unchanged, with 47,582 reported by the Coronavirus Resource Center at Johns Hopkins University. A total of 77 deaths were recorded. DSHS reported 1,488 lab-confirmed COVID-19 hospitalizations, up 27 percent from the previous week.