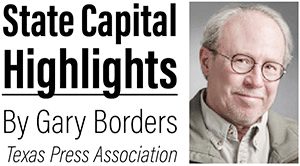 The gunman who killed 21 people inside an Uvalde elementary school walked into the unlocked building unopposed, the Department of Public Safety said in a revised statement, as reported by the Austin American-Statesman and other media sources.
After the gunman crashed his grandmother’s truck in a ditch, he walked into the building while firing a semiautomatic weapon purchased just days after his 18th birthday. The shooter was inside a classroom for about an hour. Nineteen children and two teachers were killed before a tactical team got inside the building and killed him.
The massacre is the second-deadliest school shooting in modern U.S. history.

Five Texas refineries exceed benzene limit
Five Texas refineries and one in Louisiana operated by a San Antonio company last year exceeded federal pollution limits for benzene emissions, which is listed as a carcinogenic chemical by the Environmental Protection Agency. Long-term exposure to benzene has caused blood disorders, according to a story in the San Antonio Express-News.
“In Texas, Marathon Petroleum’s Galveston Bay refinery, TotalEnergies’ Port Arthur refinery, Chevron’s Pasadena refinery, Flint Hills Resources’ Corpus Christi East refinery and LyondellBasell’s Houston refinery reported average benzene emissions in 2021 that were above the federal threshold of 9 micrograms per cubic meter,” the Express-News reported.
More than 6 million people in the United States live within 3 miles of an oil refinery, according to the EPA.

Boaters urged to ‘clean, drain, and dry’
As summer approaches and Texans head to the state’s lakes and rivers, the Texas Parks and Wildlife Department urges boaters and paddlers to do their part to prevent the spread of invasive aquatic species that are threatening Texas lakes.
“The best way to prevent the spread of many destructive aquatic invasive species is to clean, drain and dry your boats and equipment – every time,” Brian Van Zee, TPWD inland fisheries regional director, said.
Zebra mussels and giant salvinia continue to spread to new waterbodies in the state. Other highly invasive species that can be spread by boaters include water hyacinth, crested floating heart and quagga mussels.
“Boaters need to remove all plants, mud and debris from boats, trailers, vehicles and gear and drain the water from the boat, all equipment and on-board receptacles before leaving the lake. In addition, boats should be dried completely before visiting another lake, preferably for at least a week,” the news release said.

Nearly $5 million in trail grants announced
The Texas Parks and Wildlife Commission last week awarded $4.8 million in grants to fund 17 recreational trail-related projects across the state.
One million dollars of the amount allocated came directly from state Sporting Good Sales Tax funds dedicated to the Recreational Trails Program through a measure passed in the last legislative session.
The rest of the funding comes from a portion of the federal gas tax generated by gasoline purchases for off-road vehicles. Under the National Recreational Trails Fund, 30% of total grants it awards goes for motorized trails, with an equal amount going for non-motorized trails, while the rest is discretionary.
For a complete list of trail grants awarded, got to tpwd.gov and click the link under TPWD news.

Wildfire risk abates slightly
Recent rainfall has reduced the potential for widespread wildfires for much, but not all, of the state, according to the Texas A&M Forest Service. However, hot and windy conditions are expected to return this week, bringing with them the increased risk of more wildfires, particularly in the Rolling Plains, Hill Country and South Texas areas of the state.
As of Friday, there was one active wildfire, in Taylor County. The Mesquite Heat Fire consumed nearly 11,000 acres and was 82 percent contained. There are currently 132 counties with burn bans.

Number of new COVID-19 cases rising
The number of new COVID-19 cases in Texas rose to 32,778 in the past week, up 22 percent from the previous week, according to the Coronavirus Resource Center at Johns Hopkins University, with 46 deaths reported across the state, a slight decrease.
The Texas Department of State Health Services reported 931 lab-confirmed COVID-19 hospitalizations as of Friday in Texas, up slightly from the previous week.