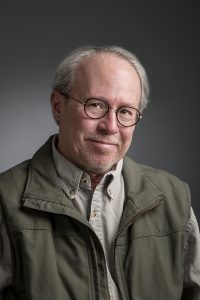 The state’s Public Utility Commission last week lowered the maximum allowable wholesale price for electricity by almost half, from $9,000 per megawatt hour to $5,000.

The move came after prices soared to the maximum during last February’s deadly freeze, causing financial havoc along with the widespread power outages. A number of electric providers declared bankruptcy after being faced with enormous bills, including Brazos Electric Power Cooperative and Griddy Energy.

As the Austin American-Statesman reported, the state’s largely deregulated electricity market provides financial incentives to prompt power generators to deliver more electricity to the grid during peak demand. But those incentives came with steep prices, and some Griddy customers received electric bills of nearly $10,000. Those bills were ultimately forgiven under an agreement negotiated by the attorney general’s office.

Peter Lake, chairman of the PUC, said lowering the price ceiling will “make sure the people of Texas are not exposed to those extraordinary high prices” again, the Statesman reported.

However, the CEO of the state’s largest power generator worries the state has not done enough to insulate itself against another deadly freeze. Curt Morgan of Vistra Corp. said that while his company has spent $50 million this year weatherizing more than a dozen plants, the state still hasn’t ensured a reliable supply of natural gas.

The Texas Railroad Commission, which regulates the natural gas industry, is still working to finalize rules that would set weatherization mandates. However, those rules would not go into effect until early 2023, the Texas Tribune reported.

Morgan told legislators that Vistra’s plants couldn’t get enough natural gas to run anywhere near full capacity during the freeze.

“Why couldn’t we get it?” Morgan said. “Because the gas system was not weatherized. And so we had natural gas producers that weren’t producing.”

State to get $35 billion in infrastructure funds

In the next five years Texas will get more than $35 billion in federal funding for roads, public transportation and water system improvements, The Dallas Morning News reported. The funding is part of the massive infrastructure bill Congress passed in November to provide $548 billion in new investments across the country over five years.

The state’s road system got a “D+” in a 2021 report card from the American Society of Civil Engineers.

“Current funding levels and resources from the state’s gas tax are inadequate to keep up with Texas’ projected growth, leaving a $15 billion annual gap through 2040,” the engineering report said.

The federal funding also includes $1.2 billion for Texas airports, $537 million to replace and repair bridges and at least $100 million for broadband expansion, according to The Morning News.

The Texas Tuition Promise Fund is offering a series of webinars to provide an overview of the state’s prepaid college tuition plan. In addition, the webinars will explain scholarship opportunities that are available.

“Upcoming webinars provide an overview of the Texas Tuition Promise Fund and information on different tuition unit types, tuition redemption values and payment options,” according to a press release. “The webinars also offer information about matching scholarships and tuition unit grants available through the Texas Match the Promise Foundation.”

While the appearance of the omicron variant of COVID-19 dominates the news, no cases of the variant had been reported in Texas as of Sunday. Health officials say it’s a matter of time, but they don’t yet know how severe and how contagious it will be.

What is known is that the number of new cases of COVID-19 in Texas in the past week rose to 30,201, according to the Coronavirus Resource Center at Johns Hopkins University — the highest level since late October. A total of 564 deaths were reported. The delta variant continues to be the dominant strain, infecting mostly unvaccinated Texans.

Lab-confirmed COVID-19 hospitalizations in the state was largely unchanged, with 2,886 reported by the Texas Department of State Health Services as of Sunday. The state crossed the 16 million mark of fully vaccinated people, with 3.175 million people also receiving an additional dose, according to DSHS. To date, 55% of the state’s total population is fully vaccinated.

U.S. District Judge Robert Pitman wrote in his ruling that the bill violates the sites’ First Amendment right to moderate content disseminated on their platforms. Abbott had pushed for the bill, saying in a Twitter video, “Freedom of speech is under attack in Texas. There is a dangerous movement by some social media companies to silence conservative ideas and values.”

The state is expected to appeal Pitman’s ruling.