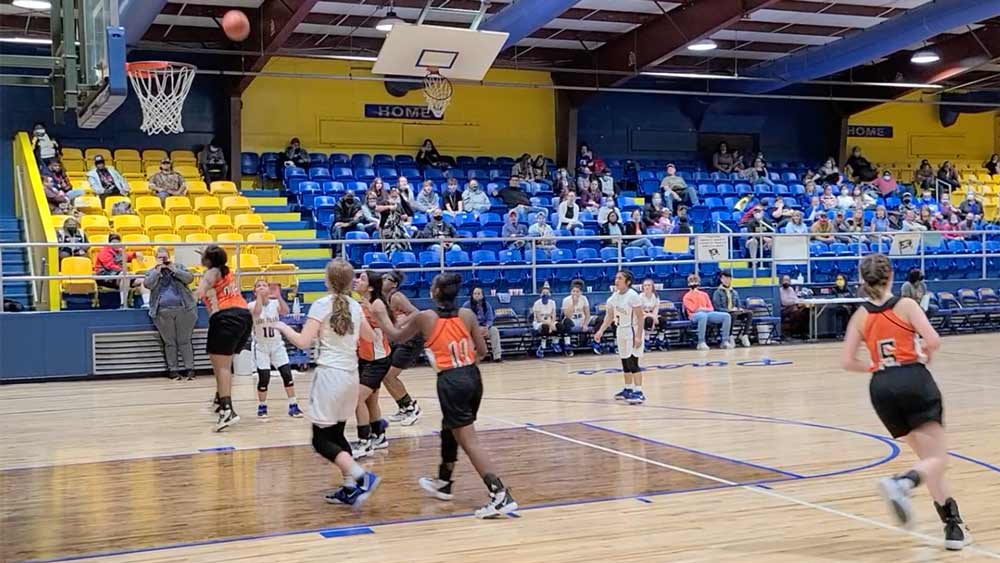 The Leggett Lady Pirates established an early lead and coasted to a 59-41 win Friday over Goodrich.

Shooting well through the first half, Leggett entered the locker room after doubling the Lady Hornets’ output, 34-17.

“They played good defense and they moved the ball,” Lady Pirate coach Terri Barlow said following her 251stvictory. “We got down and moved our feet and we worked together as a team a lot better. We need to work on rebounding and boxing out.”

Erika Hansen led all scores with 28 points. She connected on four 3-pointers and a couple of free throws in the effort.

“(Hansen) is a senior and I am glad for the way she is stepping up and getting the team together. Pretty much all of them can shoot and they were all pretty hot tonight. I was proud of them. Our (Addison Hinson) stepped up and got six (hitting two 3-pointers). All of them hit some big shots.”

Outside shooting aided the large early lead for the Lady Pirates, as the team hit four shots from behind the arc in both the first and second quarter. Kylie Valderez was responsible for four 3-pointers herself, scoring 13 for the night.

Latrina Morgan was tops for the Lady Hornets with 18 points, followed by Breya Passmore with 10 and Aralyn Angel with nine.

Leggett was not slowed until the fourth period, when they were outscored 17-9 by a Goodrich team that finally found post players Morgan and Passmore.

“I feel like we played harder than we did last game,” Goodrich coach Khadijah Carter said. “We had a slow start, then we kind of picked it up toward the end. It was a little bit too late. I feel like they were more into it today than what they have been.

Leggett is currently 2-2 with losses to Chireno and Zavala. Barlow feels like her team shouldn't have lost to Zavalla and thinks there is still a good chance her team can still obtain a second-place finish in district.

Barlow was awarded before the game for achieving 250 victories as Leggett’s coach.

“It's the same and I never would have known how many wins I had if it wasn't for (Pirate) Coach Sean Edwards,” she said of the honor. “I wasn't really keeping up with it. It feels the same. It is a great accomplishment, but a win is a win, and we will keep on going.”