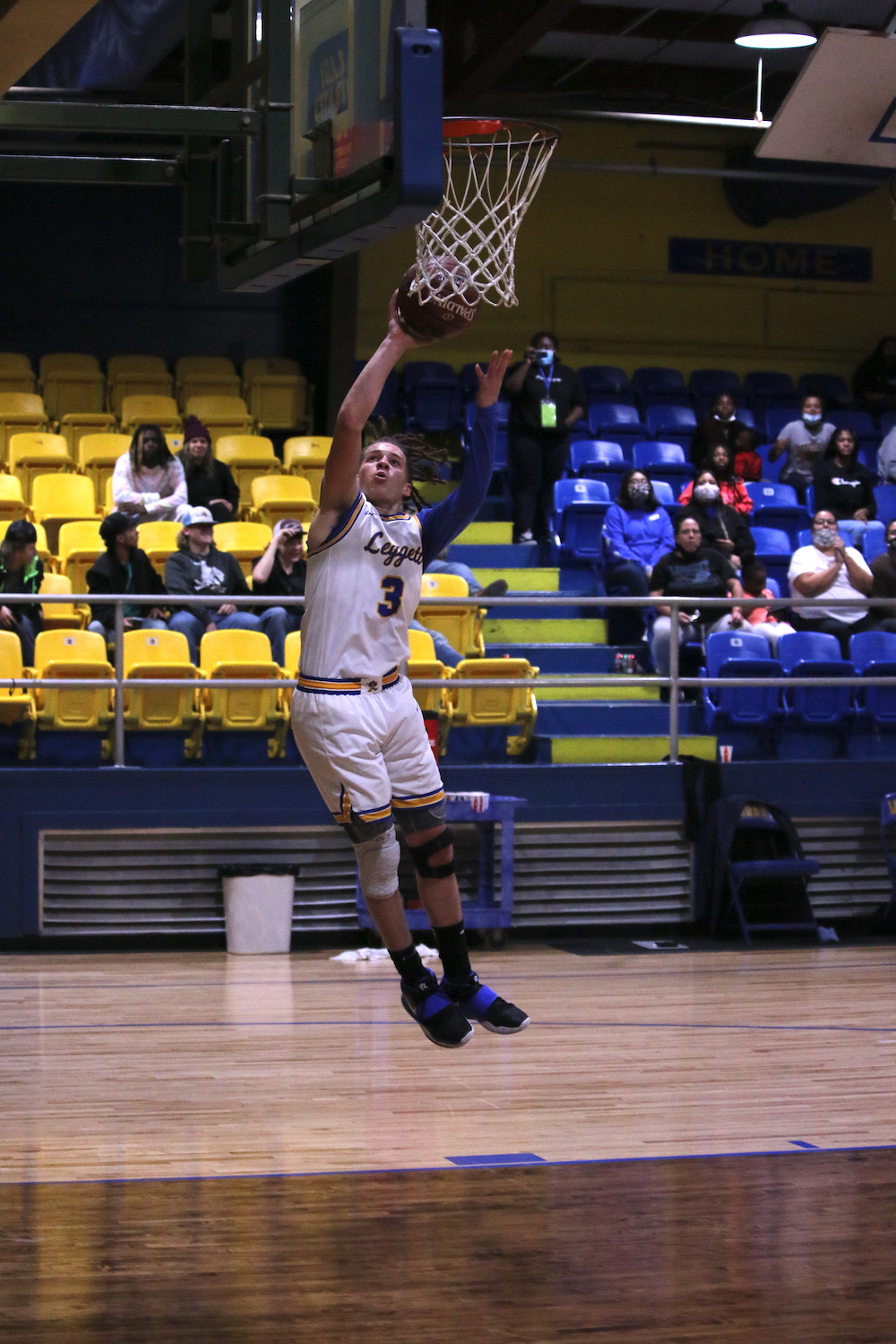 Leggett secured an early lead in the match largely behind the first-quarter scoring of Chase Parrish, who had 11 points through the first eight minutes.

“We just came to play and we had a game plan,” Leggett coach Sean Edwards said. “We wanted to slow it down on them and I knew if we played good defense and controlled the tempo, we would win. We just had to run our half-court offense and grind it out.”

The Pirates showed plenty of hustle on defense, frustrating the ‘Cats offensively. At the half, the home team held a 21-14 advantage.

“Defense is always No. 1 and it's a tradition — it's always defense,” Edwards said. “We cut down our turnovers and that was a good thing, but we just have to learn how to finish games. It's the most perfect game we have played all year long.”

The Wildcats played a better second half, slowly chipping away at the deficit. They took their first lead in the game with 4:30 remaining in the fourth quarter at 32-31 just after Parrish fouled out.

“I thought Leggett played great and played with a lot more intensity than we did,” Wildcat coach Kevin Foster said. “They executed better than we did, and offensively, we turned the ball over. When we got good looks, we couldn't make anything.”

Jacoby Sells scored 14 points in the second half to help put his team back on top. For the night, he had 21 points and Parrish had 19 points for the Pirates. The Wildcats were paced by Kaden Foster with 11 (nine in the second half) and Weston Mayer, who had eight points.

“Even with all of that with the turnovers and as bad as we played, if we make our free throws late, it's at least a one-possession game or maybe we even win it,” the Big Sandy coach said. “It was one of those nights where we didn't do anything to help ourselves win. In all honesty, and I just told the kids this, we didn't deserve to win that game. Even if we would have come back and won it, we didn't do enough. Every loose ball and every rebound, they seemed to get, and those are effort things.”