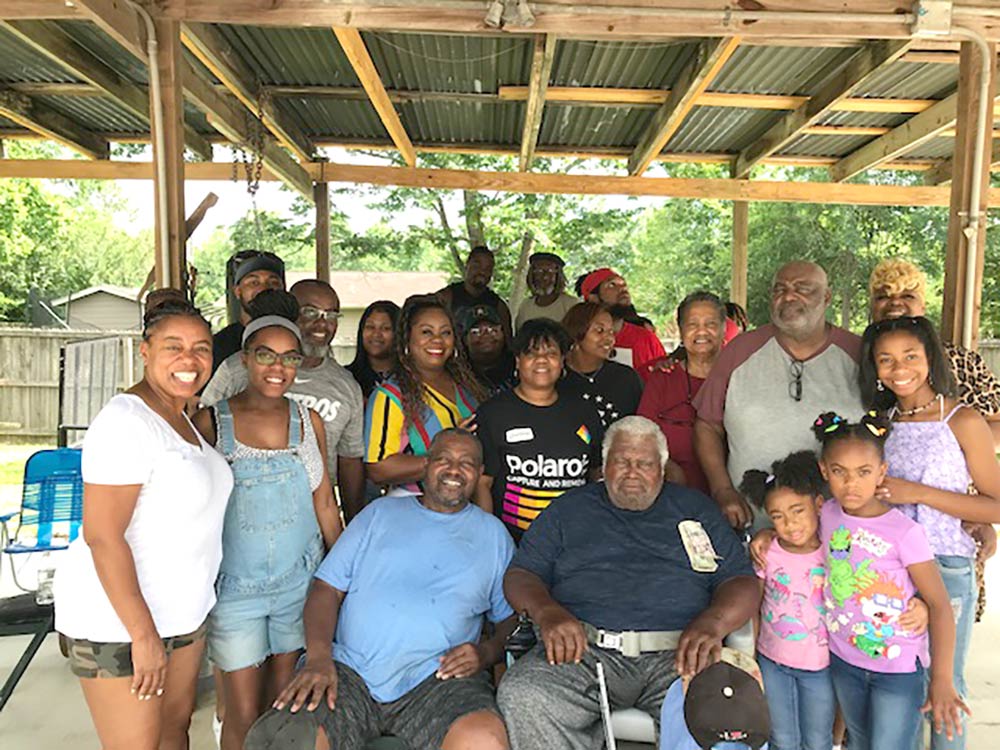 Several generations of the Thompson family gathered recently to celebrate the 94th birthday of James H. Thompson who owned and operated Thompson Pulpwood and Logging Company. Thompson worked in the timber industry from 1943 until his retirement in 2007. Courtesy photo

Born a sharecropper, his mother died during childbirth. He was raised by his grandparents as their own child, introduced to church and given family values. James’ grandmother nursed a daughter and son at the

same time, with the two born two months apart. He is the only child remaining from a family of 14.

James was taught sharecropping duties early in life by his Papa. Following Papa's death in 1941, James and his older brother, Johnnie, worked their final crop and paid sharecropper debt in 1942. James was gifted with strength and endurance, which proved to be his value as a sharecropper, pulpwood hauler, log cutter and laborer.

James and Johnnie secured family housing away from sharecropping by working odd jobs. Following Papa's death, the financial responsibility of caring for the family was on the shoulders of James and Johnnie. They had been taught the value of hard work and family. James worked odd jobs until his work habits and skills were noticed by Mr. H.E. McClendon. Known to all as Mr. Mc. H.E. McClendon, at that time he was a wood scaler and businessman. McClendon asked James if he would come to Texas and work for him. Of course, the answer was yes, with the stipulation that he purchase James a truck.

James got the truck, and operated up to five trucks through the years, employing up to 10- or 15-man crews in peak seasons. James started his pulpwood turned logging business and worked in the timber industry, harvesting East Texas timber from 1943 until his retirement in 2007.

To his credit, he was one of few minority businesses in the early years to be awarded East Texas timber harvesting contracts with Southland Paper Company, Champion Paper Company and Georgia Pacific. It was not without hard work, commitment and never accepting defeat.