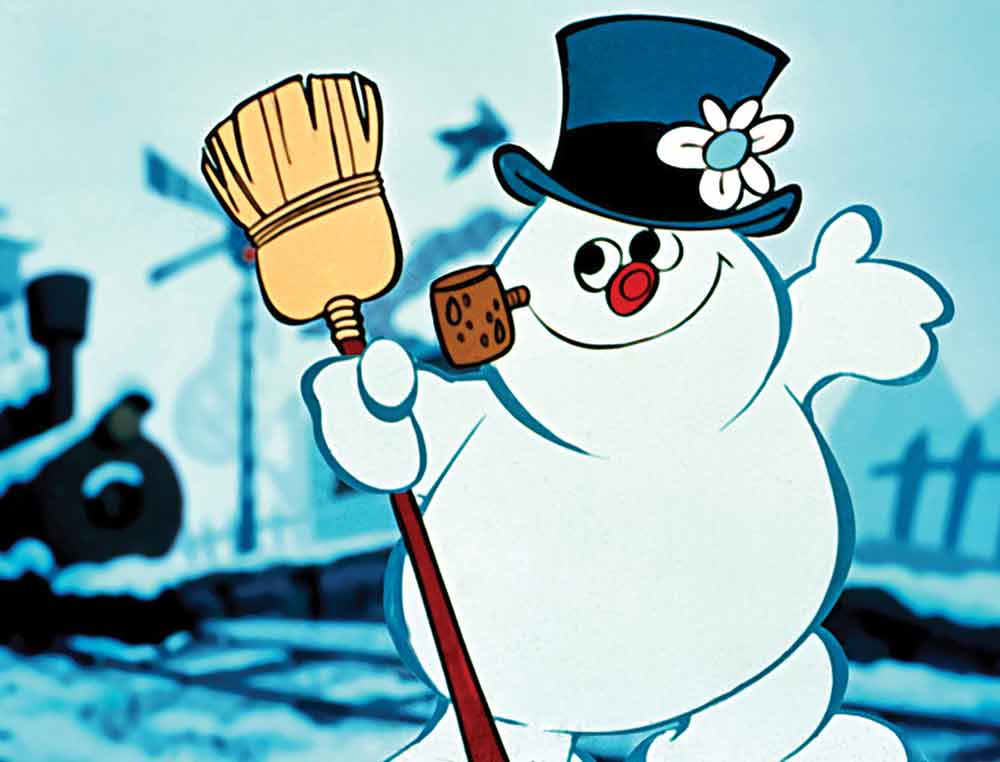 “Frosty the snowman was a jolly happy soul.” Who doesn’t know the opening lines of the catchy Christmas tune written by Jack Rollins and Steve Nelson? The story tells the tale of a group of children building a snowman. In the process, they find an old silk hat, which they place on the snowman’s head. This is the point where the magic begins.

Frosty laughs and plays with the children until the heat from the sun threatens to melt him. He bids the children farewell, promising “I’ll be back again someday.”

The writers of the song, Walter “Jack” Rollins and his buddy Steve Nelson, first penned the lyrics in 1950 after Gene Autry’s successful recording of “Rudolph the Red-Nosed Reindeer” the previous year. Rollins and Nelson shopped the song to Autry, hoping for another hit. Although it didn’t make it to Number 1 – it did find its way to Number 4 on the U.S. Country Singles Chart.

According to the West Virginia Music Hall of Fame, not only did Rollins write about fun characters such as Frosty, Peter Cottontail and Smokey the Bear, but he penned many country songs, including Hank Snow’s Number 1 hit “I Don’t Hurt Anymore,” and “A Prison Without Walls,” a Top 10 hit for Eddy Arnold. Rollins also wrote songs recorded by Fred Astaire, Martina McBride, Dinah Washington, Henry Mancini, The Carpenters, Nat King Cole, Gene Autry, Rosemary Clooney, Willie Nelson, Anne Murray, and Kenny G.

Born in Scottdale, Pennsylvania, on September 15, 1906, and raised in Keyser, West Virginia, Rollins himself was inducted into the West Virginia Music Hall of Fame in 2011, thirty-eight years after his death. James Busemeyer, Rollins’s grandson, accepted the award on his behalf.

Not only has the song been covered by numerous artists over the years like Jimmy Durante, Nat King Cole and Guy Lombardo, but in 1950, Little Golden Books published Frosty the Snowman as a children’s book, and Frosty was brought to life in an animated three-minute short. But it was the 1969 Rankin/Bass Productions who produced the twenty-five-minute television special, narrated by Jimmy Durante, that became the annual Christmas treasure we know today. Interestingly, although considered a Christmas song, the lyrics didn’t even mention the holiday until the 1969 version reworked the wording to say, “I’ll be back on Christmas Day.”

Though several sequels followed, it’s the original story about a snowman that came to life that warms our hearts and puts the word “believe” into our Christmas vocabulary.