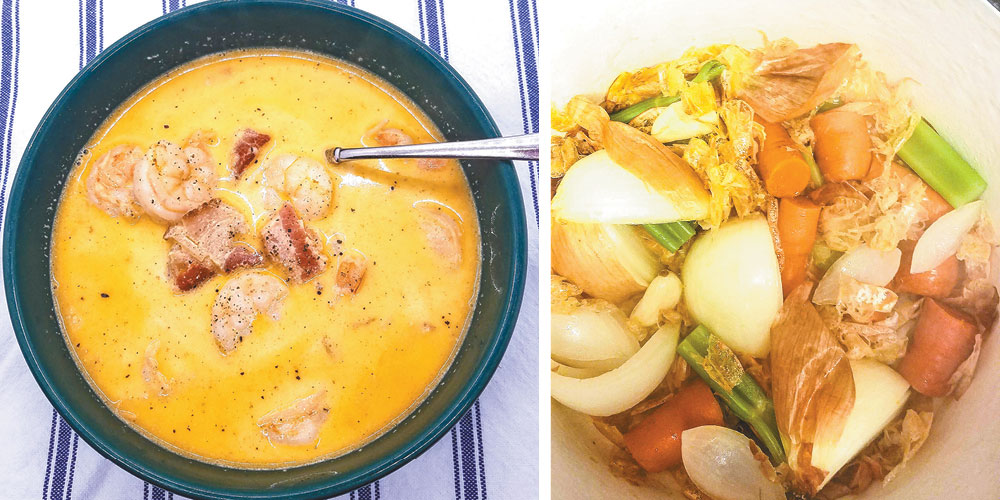 I love Thanksgiving. It’s my favorite holiday. I love having the Macy’s Thanksgiving Day parade on TV in the background as I drink my coffee, review the Thanksgiving menu and my contributions to it, fix my face and get dressed for the day. Sometimes we’re bundled up in sweatshirts, boots and ski caps. Other years we’re in T-shirts, shorts and flip flops.

I love the food that goes along with Thanksgiving – the turkey and dressing with giblet gravy, the mashed potatoes, green beans, squash casserole, sweet potatoes, deviled eggs, rolls and all the other accoutrement. Having said that, however, as much as I love all of the components of the Thanksgiving feast, I also tire of it fairly quickly and look forward to something different for the remainder of the holiday weekend.

For some reason, the departure for the rest of the weekend for my bunch always seems to be something Mexican. It’s either taco soup, enchiladas, chicken tortilla casserole, Mexican chicken soup or jalapeno lime chicken soup. But as much as we love all of the above, we’ve recently run across a tasty dish that may become our new go-to for the day after Thanksgiving – shrimp and bacon chowder. And it’s keto to boot. Try it. I think you’ll like it.

•Add onion to pot with the bacon grease and cook until lightly sautéed. Add chicken stock, heavy whipping cream, salt, pepper and paprika. Bring to a boil until mixture begins to thicken.

•Add shrimp and crumbled bacon. Simmer until shrimp are pink and chowder is desired consistency.

•Ladle into bowl and warm your bones.

My notes:
You may use shrimp stock in place of the chicken stock if you have it.

•Add the oil, shrimp shells, onion, carrots, celery and garlic to a heavy bottom pot that has a tight fitted lid. Heat over medium and cook the shrimp shells until pink and vegetables start to soften, about 10 to 15 minutes.

•Next add in the parsley, bay leaves, coriander, peppercorns and water. Cover the pot, leaving the lid askew and bring to a boil. Reduce heat and simmer for 15 minutes.

•Place a mesh strainer into a large bowl or 8-cup liquid measuring cup. Use a ladle to remove most of the vegetables and shells to the strainer before carefully pouring the remaining stock through. Discard shrimp shells and vegetables.

•Allow the shrimp stock to cool before storing. This can be kept in the fridge for a few weeks or frozen up to 3 months.

•Tip: To freeze, pre-measure the stock into freezer-safe containers or ice cube trays for easy portioning later on when cooking. Two-cup measures are great for soups and risotto, while the ice cube trays are best for sauces.

My Notes:
— I used extra-virgin olive oil.
— I didn’t have any dried coriander seeds so I just left it out and didn’t worry about it.
— I used an enamel-coated cast iron Dutch oven.
— Although it doesn’t call for it, I’d recommend putting just a little bit of water in the pot with the shells.