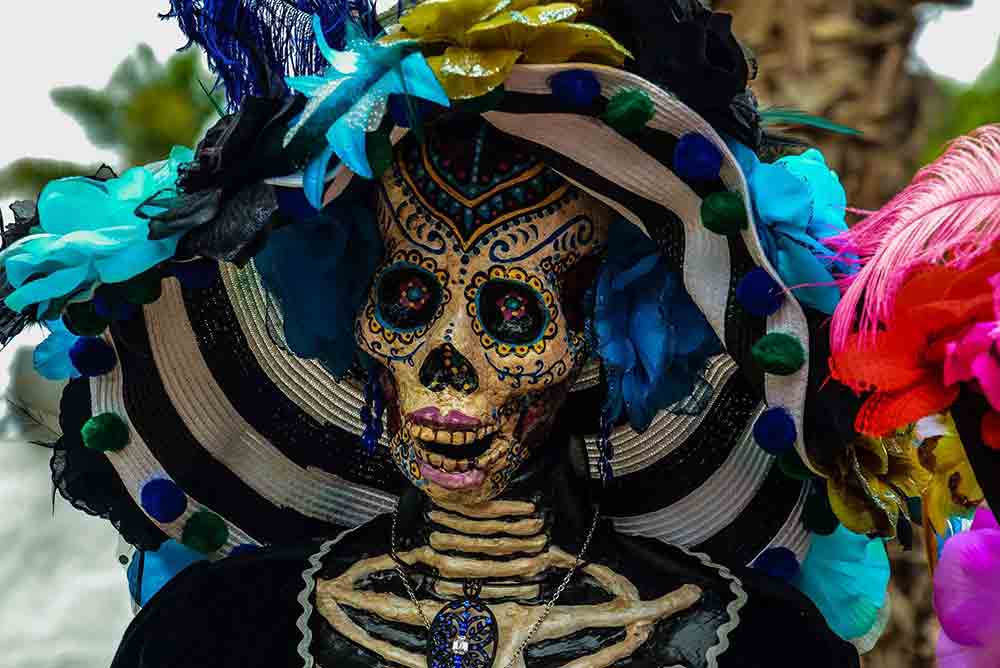 Day of the Dead, or Día de Los Muertos, is a traditional Mexican holiday celebrated on November 2. It is a time to focus on remembering family and friends who have passed away. On this day, it is believed that the souls of the dead return to visit their living family members to eat, drink, and celebrate, just like they did when they were living.

The Days of the Dead

The ancient indigenous people of Mexico have always practiced traditions commemorating the lives of past ancestors. In Aztec culture, death was transitory, and the souls of the dead could return to visit. Celebrations were held to honor the dead and invite them back to the world of the living. Initially a month-long celebration, the ritual was later condensed to three days called The Days of the Dead, which take place on October 31, November 1, and November 2. While the Hispanic community celebrates Halloween in typical fashion, those unfamiliar with the culture might not be aware of the subsequent two days that honor those who have passed - Día de Los Angelitos, Day of the Little Angels, and Día de Los Muertos, Day of the Dead.

Many traditions surround the Day of the Dead celebration, each with a meaning designed to encourage souls that have passed to return to earth for a brief period.

Alters are created to honor the person who has passed on. These are set up either at the gravesite of the deceased loved one or in the family home. Children’s alters are usually decorated with photographs, favorite toys, stuffed animals, colorful balloons, or possessions they owned or loved. For adults, along with photos and memorabilia, sometimes bottles of alcohol or atole, a drink made from corn, are placed on the alters. These offerings are meant to encourage visits by the souls so that they will hear the prayers and words of the living directed to them.

Marigolds are placed on the graves because they believe the bright petals and strong scent attract the souls to the cemetery or their family’s home. Candles are also used to guide the spirits to the home of their loved ones.

Bread of the Dead, or Pan de Muerto, is a traditional Mexican sweet bread commonly made during the Day of the Dead and is sometimes placed on the altar for the deceased. The rich coffee-cake-type dessert is decorated with meringues that look like a skull and crossbones. Other treats for both the living and the dead include ornately decorated skull-shaped candies, marzipan death figures, cookies, and cupcakes.

Skeletons, in general, are frequently used in the Day of the Dead celebrations. But rather than the scary figures you see at Halloween, these skeletons are dressed like normal people, ready to perform normal, everyday activities. These may include dancing, playing music, or simply gathering around the kitchen table and eating. Some skeleton figurines also depict people experiencing significant life moments, such as getting married. Again, this relates directly to the significance behind the Day of the Dead. By placing skeletons dressing and behaving like ordinary people on the alters, family members are reminded that death is always with us and always will be.

One of the most iconic symbols of the Day of the Dead is a female skeleton with vibrant makeup and a flamboyant feathery hat called La Catrina. The Lady of Death was worshipped by the Aztecs and protected their departed loved ones, guiding them through the final stages of life and death. The La Catrina we know today was created in the early 1900s by the political cartoonist José Guadalupe Posada. She represents the Hispanic interpretation of death – her elegant dress suggests a celebration, and her smile, although somewhat eery, reminds us that death should be commemorated, not feared. Today, La Catrina takes on many forms, from the sugar skulls found in bakeries to elaborate makeup and clothing donned by festival-goers.

On the Day of the Dead, candles are lit, and copal incense, sacred to the people of Mexico as a negative-energy cleansing fragrance, is burned. Prayers and chants for the dead are said, then the somber mood becomes a joyful celebration where drinks and food are consumed in a party-like atmosphere.

Celebrating the Day of the Dead may perhaps seem morbid to those not part of the Hispanic culture. But for those who believe in the life/death/rebirth continuum, it’s very natural. The tradition isn’t meant to treat death lightly. It’s a recognition that death is part of life, celebrating the strength of spirit and of family.