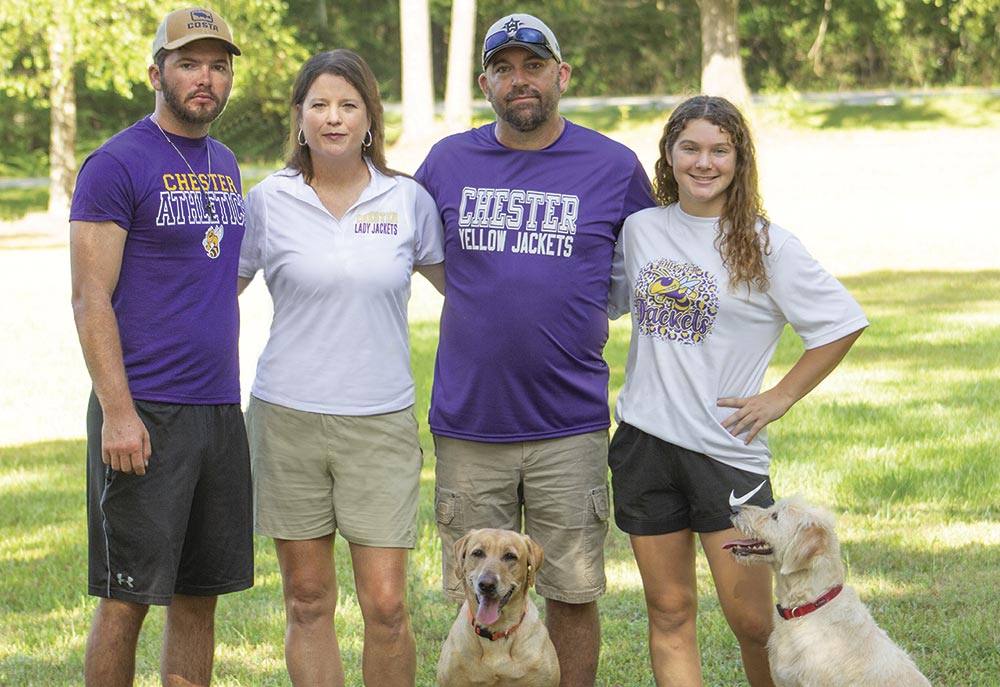 CHESTER – There are several new faces on the Chester coaching staff. One of those faces is not entirely new.

Crystal Muncrief grew up in Barnum and is the daughter of Donald and Mary Riley. After graduating from Chester, Muncrief went to college at Stephen F. Austin State University. Muncrief previously taught at Pineywoods Community Academy, Lufkin ISD and West Sabine ISD.

She was the high school softball coach at West Sabine for the past six years and also coached basketball and cross-country. Her time at West Sabine was very successful for Muncrief, as her softball team advanced to the state tournament twice under her leadership.

Muncrief is married and has two children. Her daughter Susan played softball at Angelina College and will be attending Lamar this year while working at Chester ISD. Her son Hunter graduated from SFA in May. William, Muncrief’s husband, is originally from Woodville and helps coach softball outside of school.

Along with teaching art and graphic design at Chester, Muncrief will be the girls coordinator while coaching cross-country and softball.

Muncrief’s goal for this year is for her teams to play to their full potential, with the end goal of winning a state championship. What she is looking forward to the most is to be back home in the community she grew up in. “The reception I have gotten from faculty, parents, and students has made me feel welcome and excited about the future”, said Muncrief. She added, “I was fortunate enough at West Sabine to coach some wonderful athletes that were able to take us to Austin two different times. I wanted to come to Chester to hopefully give the athletes and the community here an opportunity to experience something like that. What I saw looking at Chester’s athletes made me think that we can do it.”

Make plans to meet Muncrief, as well as the entire Yellowjacket coaching staff, at ‘Meet the Jackets’ on Saturday, August 6. The event will get started at 8 a.m. on the football field. The coaches will be introduced, and you will be able to get your first look at the 2022 football team.

At 10:30 a.m., we will move to the gym to meet the volleyball and cross-country coaches and athletes, just before the volleyball team scrimmages Centerville at 11 a.m.