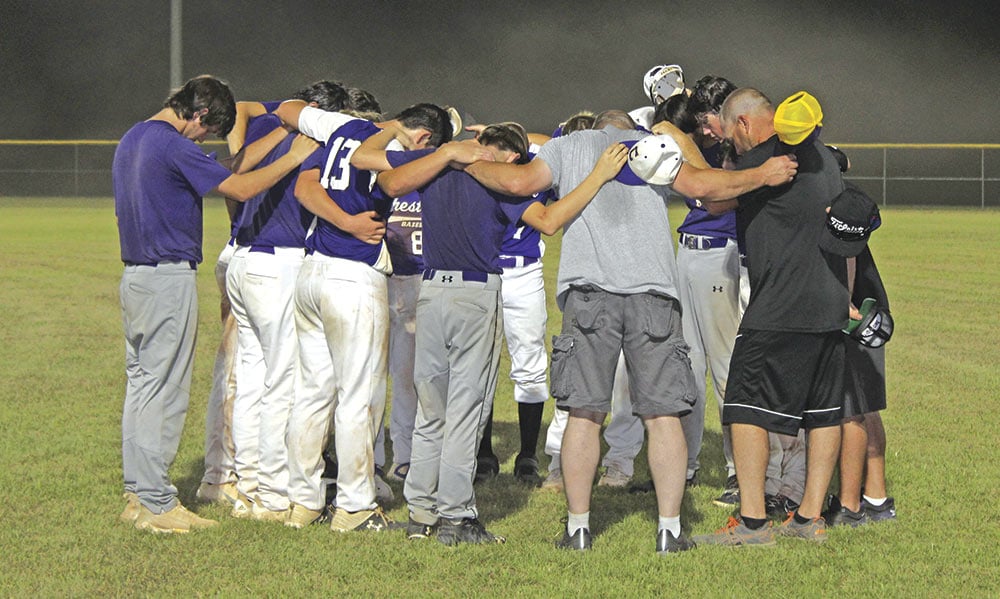 The Yellowjackets huddle up after their summer league win over the Latexo Tigers. Photo by Jana Rayburn

CHESTER – The Yellowjackets finished up the 2022 baseball season just over a month ago, but they are already preparing for the 2023 season. Several team members are playing together on Thursday nights this summer in a league with Onalaska, Latexo and Centerville (Groveton). These summer games are important in several ways. The incoming freshmen will get the chance to hit against high school pitchers. These games will help them get comfortable playing varsity ball. Also, any time players get the chance to face live pitchers in a game situation is beneficial.

The Jackets graduated six seniors this past season, leaving some holes to fill. Coach Coleman Butter is hoping these games will give him a chance to see the players move around to different positions defensively.

Butter will look to returning players to provide leadership on the field, and these games will help them work on their new roles.
Butter feels that these games are very important for the 2023 season. He said, “We are looking to push past the Regional Semi-Finals and add to the 17 games that we won in 2022.”

Billy Jack Sturrock and Jesse Gay have stepped up to coach the team during this summer, and they both bring a lot of experience with them.

So far, the Jackets are 1-1 on the season, as they lost to Onalaska in the first game of the summer season, but defeated Latexo on June 16.

Their next game will be Thursday, June 30 in Latexo. They will take on Centerville (Groveton) at 8 p.m.