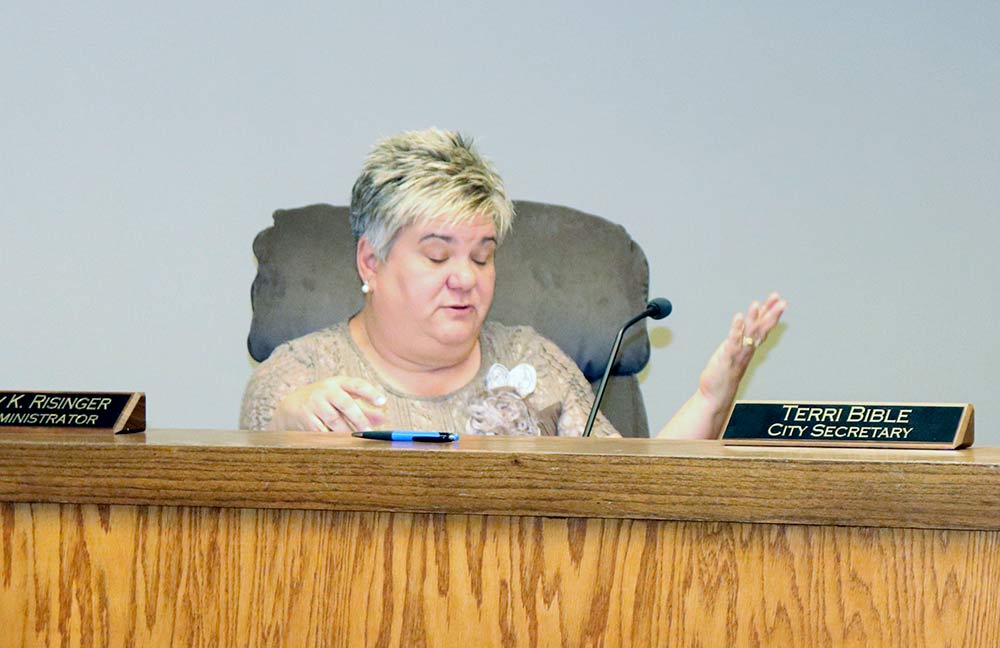 WOODVILLE – The Woodville City Council met for its regular meeting on Monday, Sept. 13. The first items on the council’s agenda were to approve the city’s tax rate and budget for the coming fiscal year.

A public hearing and workshop took place before the meeting to field any questions or concerns residents may have had about the tax rate and to discuss any budgetary matters between the city officials. Council voted to adopt a tax rate 0.3261 per $100 of valuation, which is the same rate the city currently has.

The budget for the 2021-22 fiscal year includes a roughly 2% increase in expenditures. City Administrator Mandy Risinger noted a nearly 6.1% decrease in overall revenue for the city, which is primarily due to the loss in gas revenue from the closure of AmeriForge.

The increase in the budget does include a 3% cost of living adjustment for city employees and roughly $365K worth of capital expenses.

The Texas Department of Agriculture recently made a requirement that all members of governing bodies receiving grant funding must receive a program detailing Section 3, Risinger said. The presentation gave an overview of the program, from its history to the protocol used in determining recipients.

The presentation was given due to the city’s CDBG grant-funded sewer improvements project.

• A resolution to cancel the upcoming city election was approved, as a candidate withdrew.

• The resolution to designate the Tyler County Booster as the City of Woodville’s official newspaper was approved.

• A vote on behalf of the city for Michael Stelly to serve on the Texas Municipal League Intergovernmental Risk Pool Board of Trustees was approved. Stelly is the West Orange Chief of Police.

• A variance to the city’s noise ordinance was granted to Kendall Coleman for a private party to be held outdoors on Oct. 2 from 6 p.m. to 10:30 p.m.

• The utility bill write-offs for delinquent customers was approved for the 2020-21 fiscal year.

• The next regular Woodville City Council meeting was moved to Tuesday, Oct. 12 due to the Columbus Day holiday.