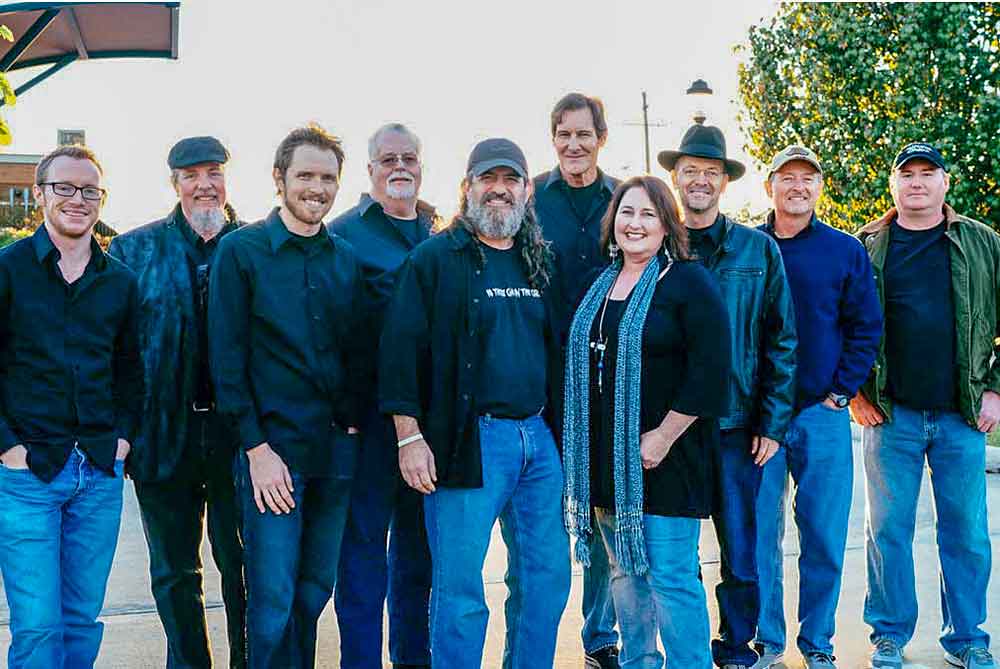 WOODVILLE – As proprietor of the namesake Wild Bill’s Grill, Bill Spurlock is known for serving up tasty meals (with enormous portion sizes) around Woodville. There is, however, another side to Spurlock that is rooted in the intricate, yet smooth, jazz-rock sounds of a certain band that took its name from a William S. Burroughs novel.

As part of the band Bad Sneakers, Spurlock knows the music of Steely Dan like the back of his hand. Spurlock, who is an ace singer and guitarist, fronts the band, which is a tribute act named, naturally, after one of “The Dan’s” classic songs.

Bad Sneakers will play a show in Woodville on Sunday, Sept. 12 at the Emporium Stage, located at 216 W. Bluff. The show begins at 5 p.m.

Sam Haney, of the Emporium, said the show will be a surefire, can’t miss event. “I think it’s going to be a fantastic show, and it is going to surprise a ton of people,”

Most casual listeners and classic rock radio fans know Steely Dan for hits like “Rikki, Don’t Lose That Number” and “Reelin’ in the Years,” but the band, which was centered around the duo of Donald Fagen and the late Walter Becker, released several best-selling albums, which routinely pop up on “best of all-time”-type lists in music magazines.

Spurlock said that his interest in all things Steely Dan comes, originally, from his older brother Jim. Although he was too young to experience them in their own time, “I always had a great supply of music from the greatest music decade, via Jim,” he said.

When he was looking for good tunes to use for improvisation on his trumpet, he discovered Steely Dan.

The genesis of the band came about 20 years ago, according to Spurlock. He had some buddies over for a Saturday jam session. “No agenda,” he said. “It took a bit for us to figure out that we all knew some SD tunes and the rest of the afternoon was spent kind surprised that we could pull off the Dan. The rest is history.”

The band features a 10-piece band that includes four horn players. The band is based in the Houston area and bills itself as “the only band of its kind” in the area in which it is based.

Bad Sneakers plays such venues as Dosey Doe in the Woodlands; Main Street Crossing in Tomball and the Continental Club in downtown Houston.