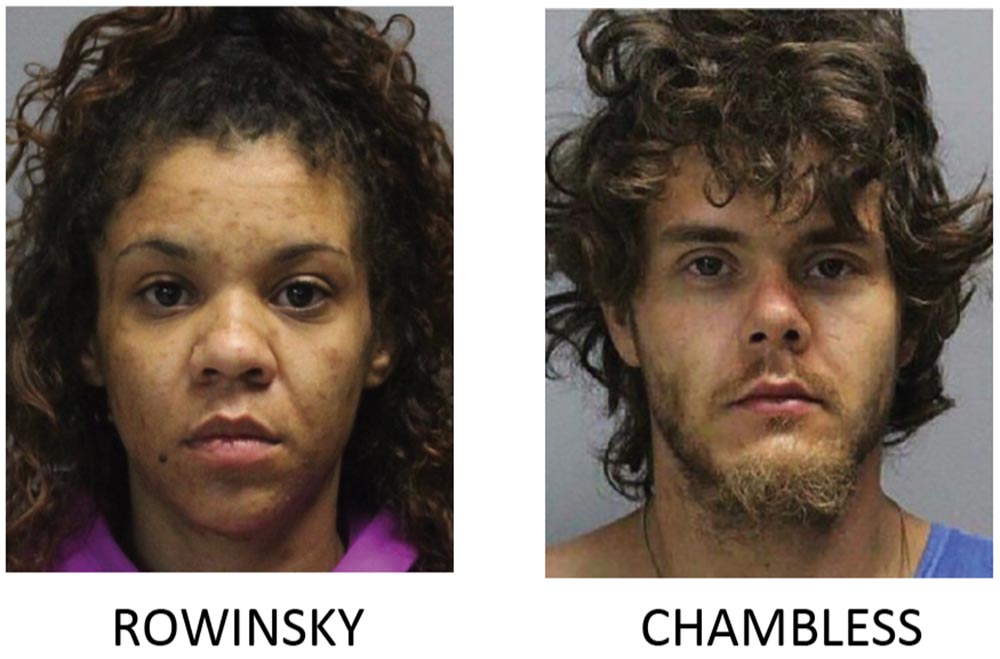 TOWN BLUFF – A recent arrest led to additional charges and another arrest for a Woodville man, and the arrest of another individual, regarding stolen property in the Dam B area.

Chambless was out of jail on bond from an arrest two weeks ago, in which he led law enforcement on a high-speed chase, which ended in a wreck. Rowinsky and Chambless are both being charged with burglary of a habitation and engaging in organized criminal activity.

According to Tyler County Sheriff Bryan Weatherford, a report was made on March 28 of trespassers at a residence on County Road 4120, and while no one suspicious was found, Weatherford said deputies put extra patrol duty into place in the area.

The next day, Weatherford said, deputies who were patrolling that morning along CR 4120, observed ATV tracks which were not visible during the previous day, and led to the residence where the report was made of trespassers.

When deputies came to the property, they discovered that two golf carts and an ATV were missing from where they had been parked the previous day, and they also found that an RV had been broken into.

Weatherford said the deputies found out from the property owner that a .22-caliber rifle, an auger, a Weed-Eater and mini-bike were missing.

Later that morning was when Chambless was arrested the first time, and Weatherford said that as the deputies gathered additional information, linking others to the burglary, Pct. 3 Justice of the Peace Milton Powers began issuing arrest warrants.

Powers set bonds for Chambless and Rowinsky at $125,000 apiece. “More arrests are expected as this investigation continues,” Weatherford said.

Rowinsky is also charged with felony manufacture and delivery of a controlled substance with a bond set at $100,000 by Judge Powers.