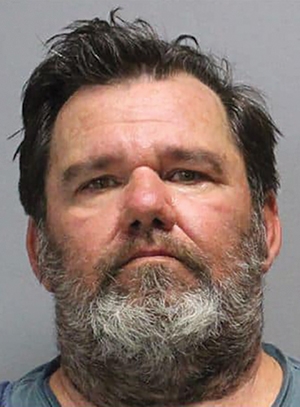 Lonzo Wilburn Lewis, Jr., was tried on two felony possession charges last week in district court. Lewis, who was represented by the court-appointed Russell J. Wright, was handed the sentence in a bench trial on Thursday, Jan. 13.

District Attorney Lucas Babin spoke about the amount of the drug that Lewis was found with during an arrest. “After law enforcement seized 2.5 ounces of meth from Mr. Lewis’s home, Mr. Lewis continued to traffic meth in Tyler County,” Babin said.

Babin and his first assistant DA Pat “Hawk” Hardy presented evidence that when a search warrant was executed at Lewis’s residence on March 22, 2021, the 2.5 ounces of meth was discovered, as well as items such as plastic

baggies and a digital scale, all of which pointed to distribution, and not mere use of the drug.

Special Agent Adam Park, who was called as an expert witness, attested to the fact that it is uncommon for a drug user to possess more than an ounce of meth. Park, who works with the Texas Department of Public Safety in the Criminal Investigations Division, said that someone who is caught on two separate occasions with large quantities of meth, is indicative the person is a dealer and not just a user.

Lewis was arrested on June 25, 2021, when Tyler County Sheriff’s Office deputy Anthony Ross found him to be in possession of 28 grams of meth. Lewis was also driving with an expired registration tag and his driver license had been expired for several years, according to testimony given.

Lewis had no prior felony convictions on his record, Babin said. The two charges netted 20 years apiece, and the sentence will run concurrently.

“I’d like to thank the Tyler County Sheriff’s Office, DPS-CID and constables [Casey] Whitworth and [Ronnie] Ford,” Babin said. “Without their efforts, this resuly would not have been possible.”