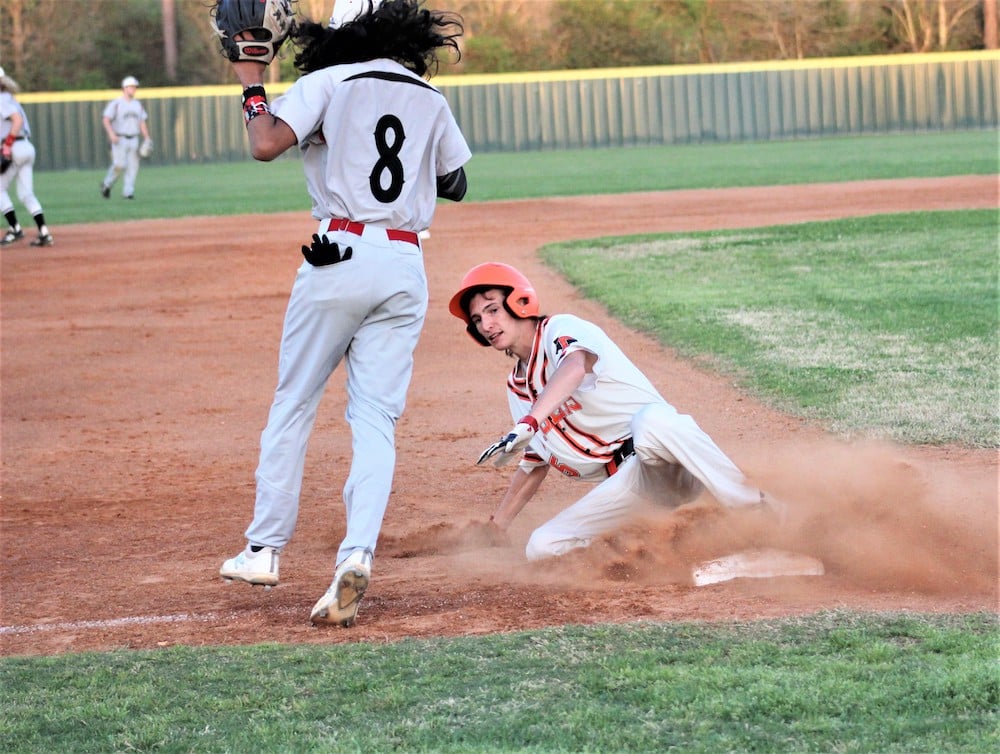 TONY FARKAS | TCNS Trinity Tiger Third Baseman Cole Caldwell slides into third following his opening at-bat triple during the Friday game with Coldspring-Oakhurst. Despite going on to score, the Tigers lost to the Trojans 18-1.

TRINITY — Hot bats gave the Coldspring-Oakhurst Trojans a win over the Trinity Tigers on Friday.