RUSK — After reaching new heights for the Groveton softball program, the Lady Indians, in their first-ever appearance in the regional finals, lost to rival Lovelady.

Coach Chris Sexton said in a post that this season has been one of the most fun of his coaching career.

He said the team had its ups and downs and went through a learning phase, but learned to trust each other and ended up building something special, winning 31 games overall.

In the Friday game, Abby Lee hit her 12th home run of the season. 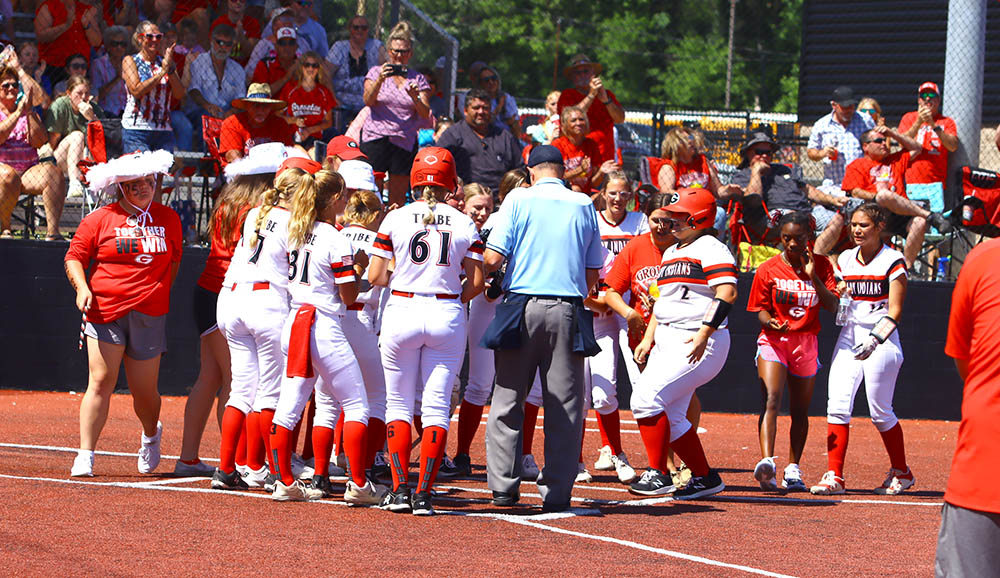 Lady Indian Abby Lee (No. 2) is greeted at home plate by the team after hitting a homer in the second game of the regional final. Photos by Martha Mericle