The Company’s brand-new store format, which combines Family Dollar’s trusted brands with Dollar Tree’s thrilling offerings in seasonal, party and crafting, is scheduled to open on Thursday, Jan. 20, at 8735 FM 356.

The 10,178 square foot store will provide everyday low prices and a broad assortment of essential products on the Dollar Tree side, and the Family Dollar section of the store will offer frozen and refrigerated food, a large selection of pantry goods, beauty and health merchandise, household supplies, basic apparel, baby and toddler necessities, pet food, electronics, toys and home décor.

“Shoppers often travel long distances to meet all of their shopping needs, but we are changing that,” said Kayleigh M. Painter, Dollar Tree’s Investor and Media Relations Manager. “Family Dollar and Dollar Tree are teaming up to provide the Trinity community with a brand new, close-to-home store experience that offers incredible value on everyday products, as well as the party essentials and seasonal items that Dollar Tree is best known for.”

To save even more, shoppers can instantly receive digital coupons through Family Dollar’s Smart Coupons program. To access the additional savings, download the Family Dollar mobile app or create an account online at www.FamilyDollar.com/smart-coupons.

GROVETON — After one semester in charge of the Groveton school district, Jim Dillard was given a good review by the Groveton School Board.

At the board’s regular meeting on Dec. 16, 2021, the board went over in closed session the work done since Dillard took over the position on Sept. 1, 2021.

“This last semester has been challenging, but that’s part of the job,” he said. “I have a lot of important decisions to make, but the good news is I have good people that I work with, and people who sat in this chair before me did such a great job, I am in a good position.”

• discussed student enrollment and absences due to COVID. The district enrollment is up, and growing each month;

• discussed policy updates from the Texas Association of School Boards.

GROVETON — Although not a brand Trinity County Commissioners are fond of, the county’s constables will be driving new vehicles.

At the county regular meeting on Dec. 28, the court approved the purchase of two 2022 Dodge vehicles at $33,289 apiece to replace vehicles for the county’s constables.

This comes after the purchase of two 2021 Dodge vehicles at $28,700 apiece, which was approved at a special meeting on Dec. 20.

The constables approached the county two weeks ago with a request for the purchases, as they said their current vehicles were at end-of-life, approaching 300,000 miles. Constable Mark Cole did not have a vehicle, and was using his personal vehicle for work and was being reimbursed for mileage.

The money used for the purchases in both instances came from the county’s CARES Act grant funds.

•received the certificate of training for the County Tax Assessor/Collector;

•approved budget amendments to provide funds for purchasing vehicles for constables; and

•approved the declaration of surplus items. 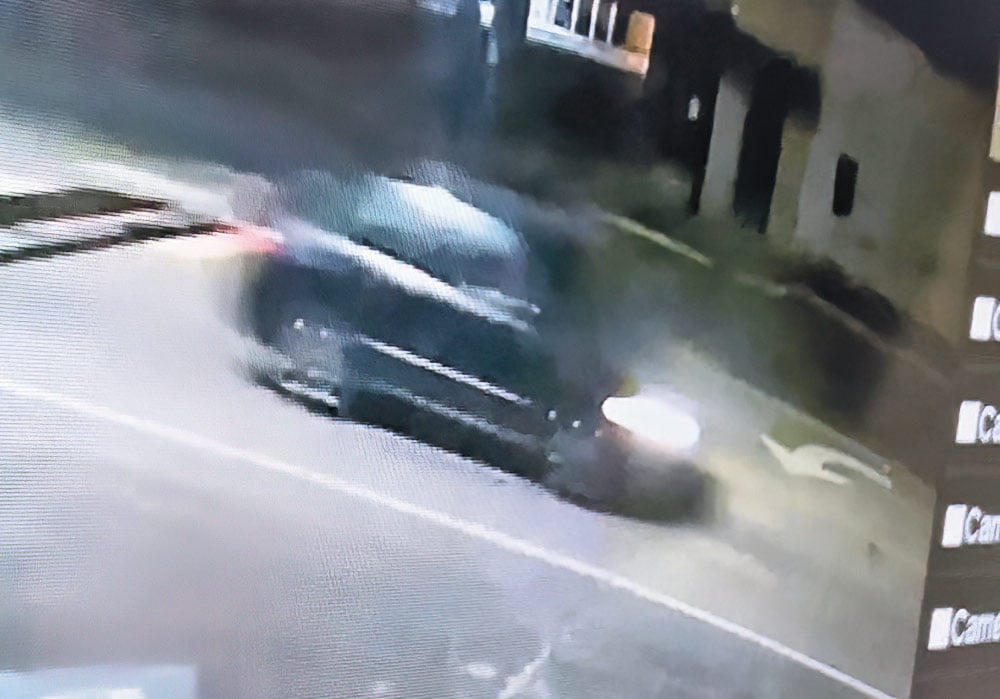 TRINITY — The Trinity Police Department is sifting through clues and numerous tips for the suspect in a Christmas day hit-and-run fatality.

Police Chief Steven Jones said the department appreciates the tips and information pouring in from the public; however, none of the information that has been provided has panned out.

“We’ve seen video footage from different locations, but they’re not high quality,” he said. “We do have a better idea of the vehicle description. We have followed cars as far as Grapeland, and had other vehicles followed by concerned people.”

At about 2:20 a.m. on Christmas Day, 36-year-old Nathan Gonzales, who was lying in the roadway near the intersection of Highway 19 and Kelly Avenue in the north part of Trinity, was struck by a vehicle which left the scene.

Reports indicate the victim lived in a nearby house and had been drinking with friends; Gonzales walked out on to the roadway and laid down on the double yellow line for unknown reasons.

The vehicle is described as a late model sedan, possibly dark green, with some damage to the front of the vehicle. Leaving the scene of an accident involving death constitutes a felony, Jones said.

The police also have received the autopsy report and is following up on that information. The cause of death is multiple blunt force trauma, Jones said.

“We ask that people keep family and friend in prayers,” he said. “This was a horrible, tragic accident to happen on Christmas morning.” 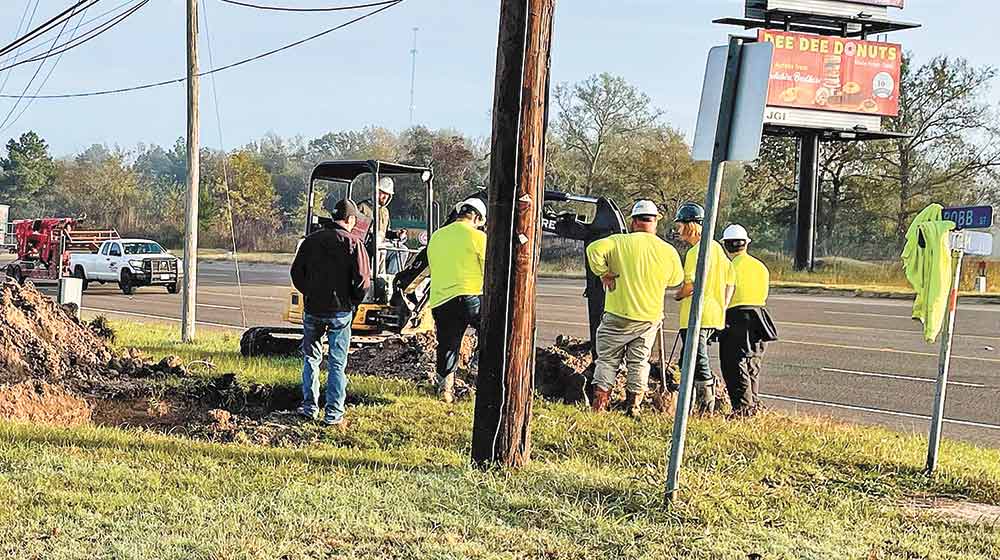 Crews work on tying two water lines from two sources together recent in the city of Trinity. The work would go a long way to solving water problems the city has been experiencing. Courtesy photo

TRINITY — The city of Trinity hopes that its ongoing problem with water quality will be solved this week.

At a recent meeting, the council approved an emergency expenditure to connect the city’s two water sources to eliminate quality and service problems.

City Manager Steven Jones said that the water lines have been laid and tied in, and they have ordered parts to renovate the lines in the area the site will be servicing.

He also said the city has spent a lot of money repairing the chlorinators, and installed a new chlorinator system with a new building at the city well site.

Jones said all he lines have been flushed, and for all intents and purposes, it’s back to normal.

“We should be able to lift boil water notice in the near future,” he said. “We have built up a quality residual in the system, and we are in contact with Texas Commission on Environmental Quality to get their final blessing.”

The city had previously been providing water from two sources — its own well site and from wells owned by the Trinity River Authority. Jones has said in the past that has been a big source of the water issues the city has faced.

The city approved the use of grant funds to connect has a water line that runs the length of Highway 19 through Trinity, and the city will connect the TRA water line to the city well line.