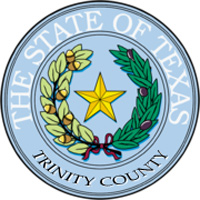 GROVETON — An item on the agenda at the County Commissioners’ Court on Sept. 14 ended up being a leap of faith, but was intended to start the process for the county to look at new jail facilities.

Originally, Sheriff Woody Wallace placed items on the agenda to put up earnest money to purchase a 10-acre tract of land, as well as begin title search work on that property.

“We are in a bind at the jail — we have no place to keep criminals,” Wallace said. “I’m afraid that is going to create a chain reaction in the crime rate, one that (District Attorney Bennie Schiro) and I worked to get under control.”

The local jail was designed to hold only seven prisoners, and the county has been housing inmates at different facilities in the area. However, space has become a premium everywhere, and it’s becoming a large problem, Wallace said. Also, it costs up to $75 per day per prisoner housing them elsewhere.

“I need you all to seriously consider getting some land and let’s get the plans going,” Wallace said.

Commissioner Neal Smith said that he would never support any new projects until the county paid itself out of debt, which is did two years ago.

“I’m ready to build a jail if we can afford it,” Smith said.

Smith said he had concerns about utilities in the Groveton area, and said there’s plenty of viable property in the Trinity area that can be used as a jail site.

Schiro said that jail space is getting to the point where the county soon will be desperate.

Commissioner Mike Loftin said that nothing can be done until the county comes up with a plan.

In the end, the court took no action, except to discuss appointing a committee to continue with the process.