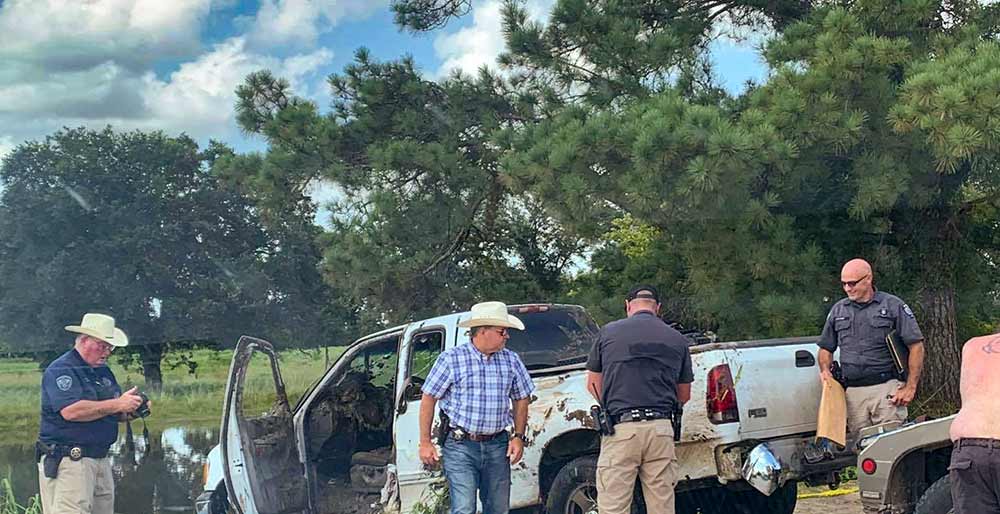 Trinity County Sheriff’s Office deputies examine a vehicle that was pulled from a private lake at the scene where two men were found dead. (Courtesy Photo)

TRINITY — The Trinity County Sheriff’s Office is investigating the death of two men.

The identities of the two men are not being released at this time.

The bodies of two men were recovered Friday after officers responded to a caller reporting a body floating on a private lake near White Rock City Marina, according to police reports.

Deputies and game wardens retrieved the body, and officers noticed what appeared to be vehicle tracks leading into the water.

Game wardens were able to use the sonar on a boat to locate a vehicle submerged in about 12 feet of water. A second man was discovered inside the truck that was pulled from the lake.

DPS Troopers were called to investigate the crash.

The investigation continues, and no other details are available at this time.