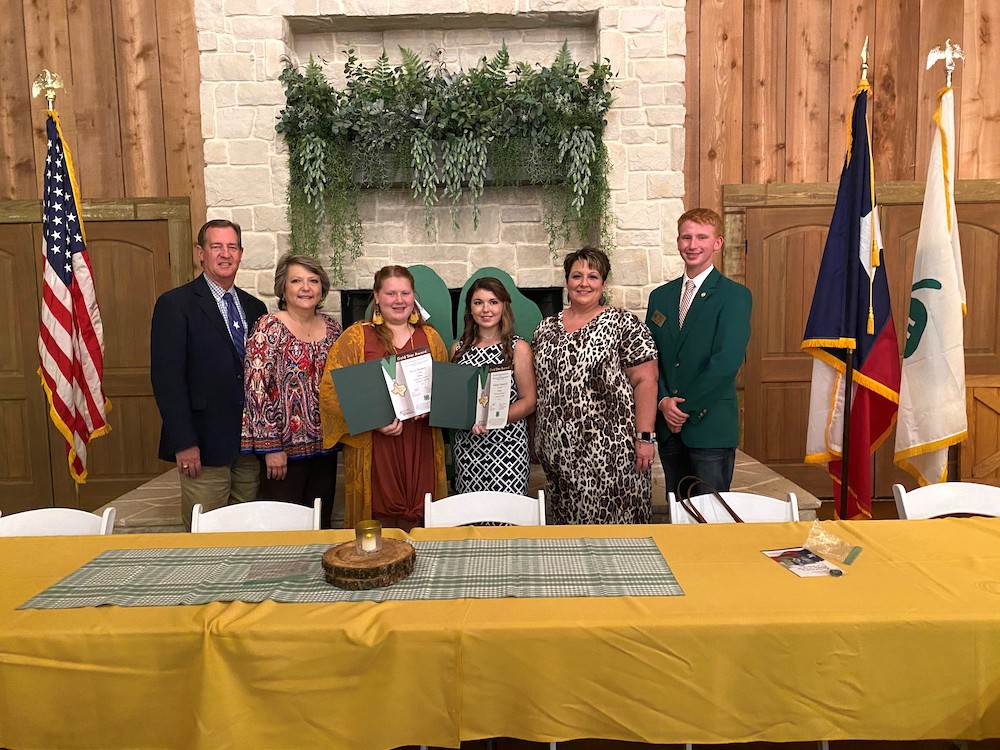 GROVETON — Combined passions for agriculture and teaching put Stacye Tullos back to the place where she always wanted to be.

The former Health Agent for the Texas A&M AgriLife Extension Service, which dealt with educational programming in the school about chronic disease and nutrition, among other things, is now agent for Agriculture and Natural Resources.

“I always knew I wanted to be in something ag-based because of how I grew up,” Tullos said. “That made me who I am, being in FFA in high school. I was one of those kids who didn’t have a clue of what I wanted to do until I got into high school and started in ag.”

When it came to learning about all things agriculture, Tullos said she fell to that like a duck to water; instead of athletics or other extracurricular activities, that was her passion — her sport.

“4-H program is part of what I deal with, and that’s where my heart is at,” she said. “I was an ag teacher for three years (prior to joining the Extension Service). I come from a long background in agriculture. My grandpa was the largest producer of rice in the state of Texas in the 70s and 80s, and he also ran cattle, grew corn and hay, and things like that.”

Tullos said that children are her passion, especially teaching them, and with agriculture, the possibilities for kids to find something that will interest them are endless.

“People think that ag only has to do with cattle or pigs or lambs or goats, or maybe just farming, and it’s a misconception,” she said. “I’ve seen kids so shy that when they got an opportunity to be a part of FFA or 4-H, they find themselves. There are speaking events, or sewing, or robotics, or mechanical engineering. It’s cooking and learning about food. It gives them a sense of responsibility and grow character. You’ll find some of the most exceptional kids come from ag. It’s not just county fair stuff.”

Agriculture and its related disciplines teaches responsibility, and a work ethic, and how to create, and it teaches children how to sell themselves, not just sell a commodity, Tullos said.

“Kids need to know how to market themselves these days, and they need to learn to earn their way,” she said.

So in her new role, Tullos helps people with questions about starting gardens, or identifying plants, or check a pond, or eve finding out why cattle aren’t producing well or losing weight.

“It’s everything you can possibly imagine under the umbrella of agriculture,” she said. “We have a wealth of people with knowledge that help us with that, so if we don’t know, we have the resources of A&M.”

Tullos is replacing Armon Hewitt, who had been agent for Trinity County for about 15 years. She graduated from Tarleton State University in 2002 with a bachelor’s degree in agriculture services and development, and followed that with an internship in ag education with the Extension Service in Grimes County.

After spending a few years working in human resources, Tullos made the change to teaching, and has been there since.

“At the end of the day, our youth are our future, and if I can say I had a small part in helping them to blossom into a mature adult with a work ethic and skills to use throughout life, that’s where I live,” she said. “We have to invest in our kids, and they have to know there is someone behind them.”