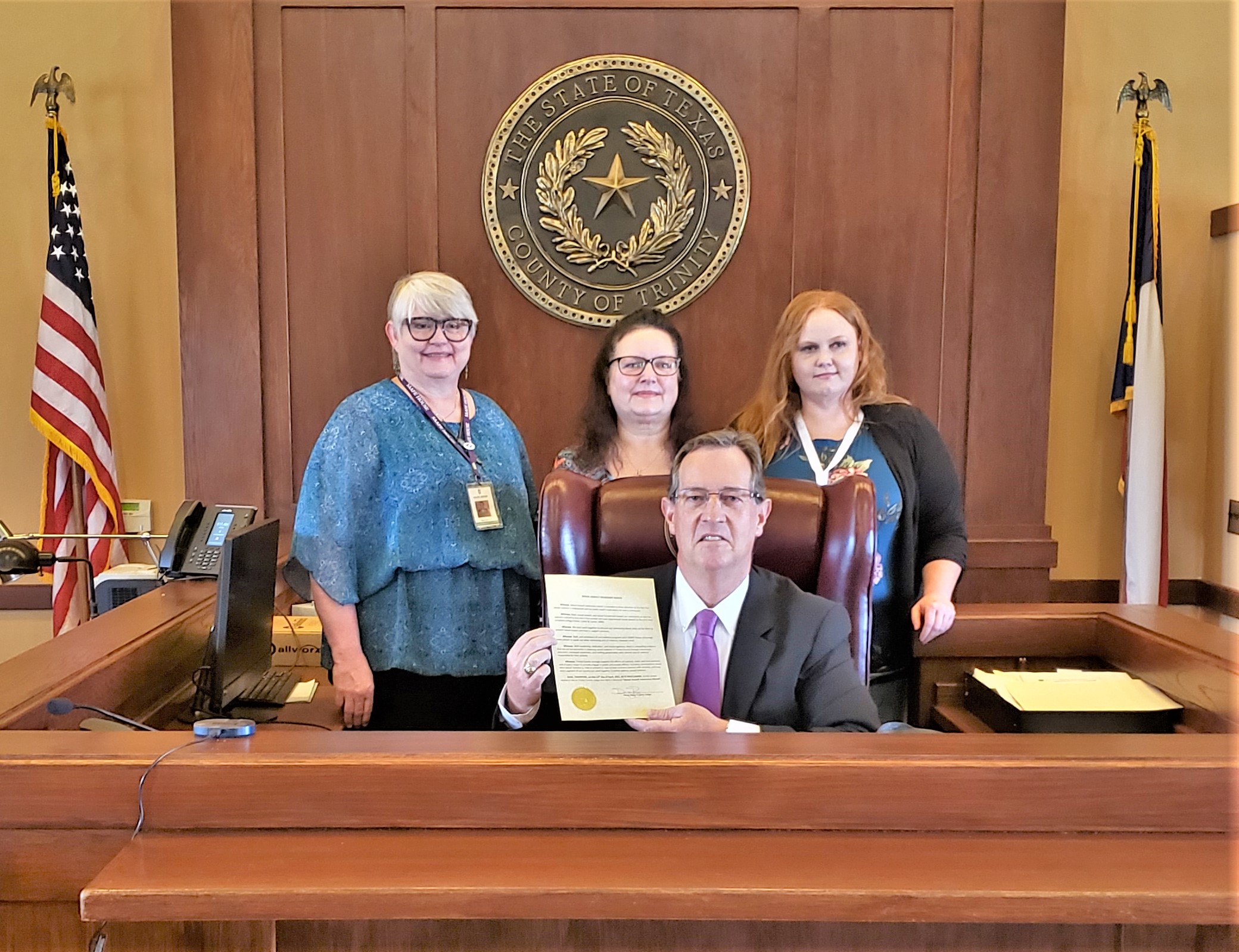 GROVETON — With the exception of one commissioner, the Trinity County Commissioners’ Court approved personnel changes — including pay raises — at its Tuesday meeting.

After a raucous meeting on March 23, the commission denied approval of any personnel action forms because they contained pay raises.

Commissioner Mike Loftin said at the time that during the budget season last year, the court decided there would be no raises, as the county needed to be frugal.

At the April 13 meeting, Loftin questioned the source of the raises, noting that none will increase the bottom line of department budgets.

“As long as the budget’s not changing, it is OK,” Loftin said. “We face something we’ve never faced because of COVID — people lost their jobs — and that was the concern that I had. We didn’t know how much tax revenue we would be gaining, and we didn’t need to be eating up our savings.”

He also said he found out that tax collections are very close to last year’s levels.

Commissioner Neal Smith said that now is not the time to be giving raises.

Smith said the requests will start coming in from all departments requesting raises, and while he is not against paying employees more, he is against approving raises at this time.

Commissioner Tommy Park made the motion to approve, which was seconded by Loftin. Smith was the only commissioner voting against the measure.

Commissioner Steven Truss said that regardless of the outcome of the vote, there needed to be some organization regarding pay raises across the board, suggesting there be a scale instituted, much like there is at the state level.

Smith agreed, saying that he is aware that some starting employees are hired making more that people who have been with the county for 30 years or more, and that pay needs to be fair.

“I’m not against people making more money, but we need to be equal about this,” he said.

The court agreed, and approved the payment of $5,000 for an outside firm to conduct an employee compensation study, which will also provide suggestions for a scale as well as determine how employees’ salaries stack up to state averages.