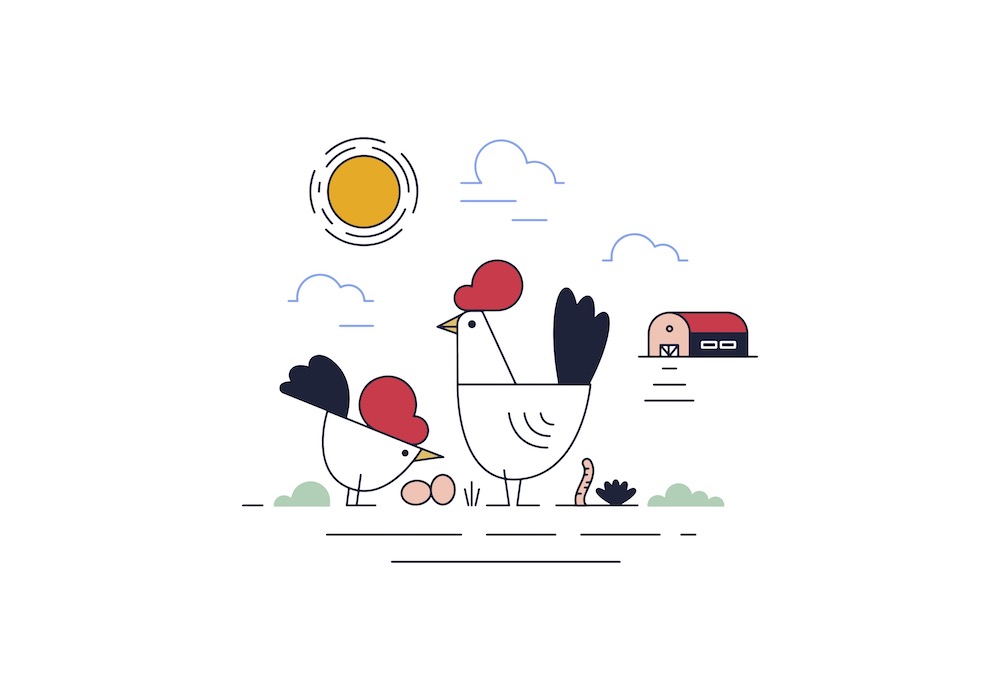 There are days when I look at the world and all I see is a yard full of chickens – not cowards, actual chickens. Chickens start squawking and flapping around at the slightest provocation. Chickens always act like it’s the end of the world.

When I start viewing the universe as a cacophonous barnyard, I take it as a sign that maybe, just maybe, it is time to seek some stability and predictability from a source who is, unlike a chicken, unflappable.

It was on one of those days that I turned off the television, stepped away from the internet and picked up a magazine from a stack that, considering I was seeing farm animals that weren’t really there, had been ignored for too long.

The teaser headline on the front of the magazine made me turn to the article right away: “Life Lessons from Queen Elizabeth.”

Who wouldn’t want advice from Queen Elizabeth II? She is 94 years old and, as of this writing, still going strong. Long live the queen!

I have always felt a certain kinship with the queen and like to think that we have a lot in common. She has an affinity for tea and for dogs. So do I! She loves horses; I once rode one. She likes things to be neat and tidy. I do, too! In fact, that is one of the top goals for my next life. She wears a royal crown; I enjoy the occasional Crown Royal. She is surrounded by people who wait on her hand and foot; I think I could easily learn to live with that.

The article offered some generic advice about positive thinking, serving others, establishing a healthy routine… yada, yada, yada. With my vast knowledge of Queen Elizabeth, and with four seasons of Netflix’s “The Crown” under my belt, I had expected nothing else. The queen rarely weighs in, publically at least, on current events. During the nearly 70 years she has been monarch, she has been the picture of cool, calm consistency.

She still adheres to that “stiff upper lip” and “keep calm and carry on” philosophy for which the Brits were known back in the day and that I used to find irritating. Not anymore.

As odd as it might sound, when I start seeing chickens where people should be, I can also find solace in TV weather forecasts. Sure, you can go to some dot-com and get the forecast down to the minute, but I want to see a familiar face. Once a meteorologist makes it to the top spot in the weather department, they tend to stay for decades and, just like with my good friend the queen, I start to feel like I know them. They are stable, predictable and unflappable. No matter what may be bearing down on us, you can count on the chief meteorologist to project a calm demeanor and not go all squawky-flappy on us.

When I was growing up, we had a choice of three local stations for our nightly forecast. My family’s go-to weather guru was a skinny guy with glasses named Bob Lynott. I lie not.

I lived in Oregon for the first 13 years of my life and Bob was there for every one of them, although I was probably more interested in my belly button than the weather during his earlier broadcasts.

In those low-tech days, good ol’ Bob would slap his magnetic images of puffy clouds, rain-dripping clouds and the occasional uplifting likeness of Mr. Sunshine onto a map to illustrate what was going to happen in our corner of the world the next day. Since we lived in the Pacific Northwest, the cloud with the dripping rain got quite a workout. He drew the warm and cold fronts on the map with a magic marker.

I did a quick computer check to make sure I was spelling Bob Lynott’s name right (his last name; I was pretty sure I had nailed his first name) and found his obituary. It reminded me of why he was our weather guy. This is one of the stories it told about Bob: “One time, the day after missing badly on a forecast, he made his entrance to his weather slot by putting his hat on the end of an umbrella and sticking it in front of the camera before he came on.” He did that sort of thing fairly often; he was predictable even when the weather was not.

Bob may not have always been right, but you could count on him to fess up when he messed up. No matter what, he was unflappable. We knew we would keep tuning in and that Bob would be there to greet us.

The late author E.L. Doctorow once compared writing a novel to driving a car at night. “You can see only as far as your headlights, but you can make the whole trip that way.” He may have been referring to writing, but I think it could be one life’s great lessons. We don’t really need to know what is around the next curve or even our destination; we just need to navigate the road a few feet at a time. It sounds like something my peeps Queen Elizabeth and Bob Lynott might say.

Keep calm and carry on.