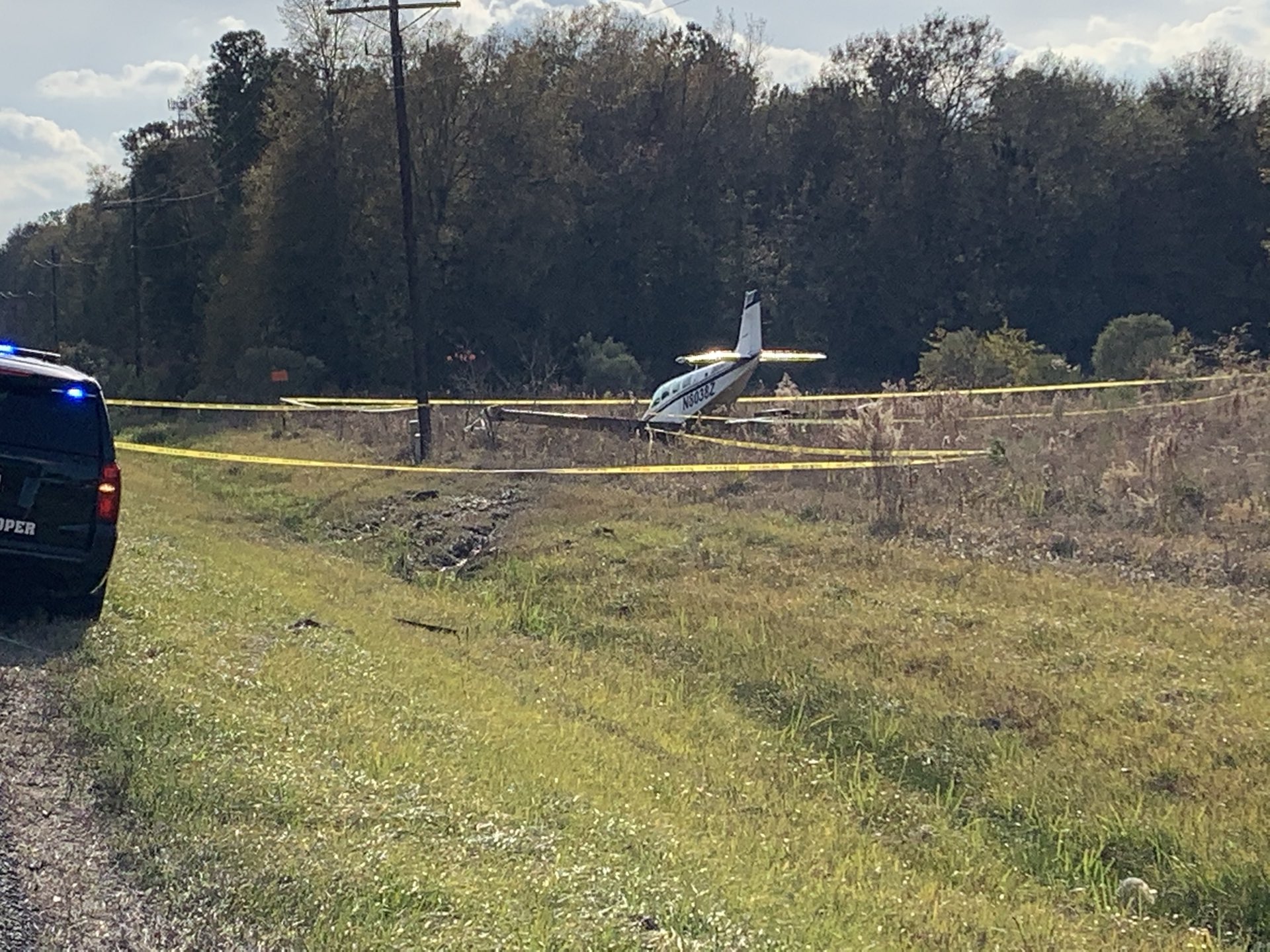 A Beechcraft airplane made an emergency landing after suffering a power failure on Thursday on U.S. 59. During the landing, the plane struck a vehicle; however, no injuries were reported. (Courtesy Photo)

SAN JACINTO COUNTY — No injuries were reported in a plane-vehicle crash that occurred at about 2:15 p.m. Thursday on U.S. 59.

The accident had the southbound lanes approximately four miles north of Cleveland closed for several hours.

According to information provided by the Texas Department of Public Safety, at approximately 2:15 p.m., a Beechcraft BE36 fixed-wing aircraft was traveling from Jennings, La., to Junction, Texas, when the aircraft reportedly suffered a power failure.

The aircraft completed an emergency landing on US 59 and struck a 2004 Toyota SUV, which was traveling south, with its landing gear. It then came to rest in a nearby field, the report states.

The pilot, identified as 37-year-old Kendall John Krielow of Thibodeaux, La., and two passengers were not injured.

The driver of the SUV, identified as 51-year-old Towhid Aziz Chowdhury of Katy, also was not injured.

The Federal Aviation Administration has been contacted, and the crash remains under investigation.