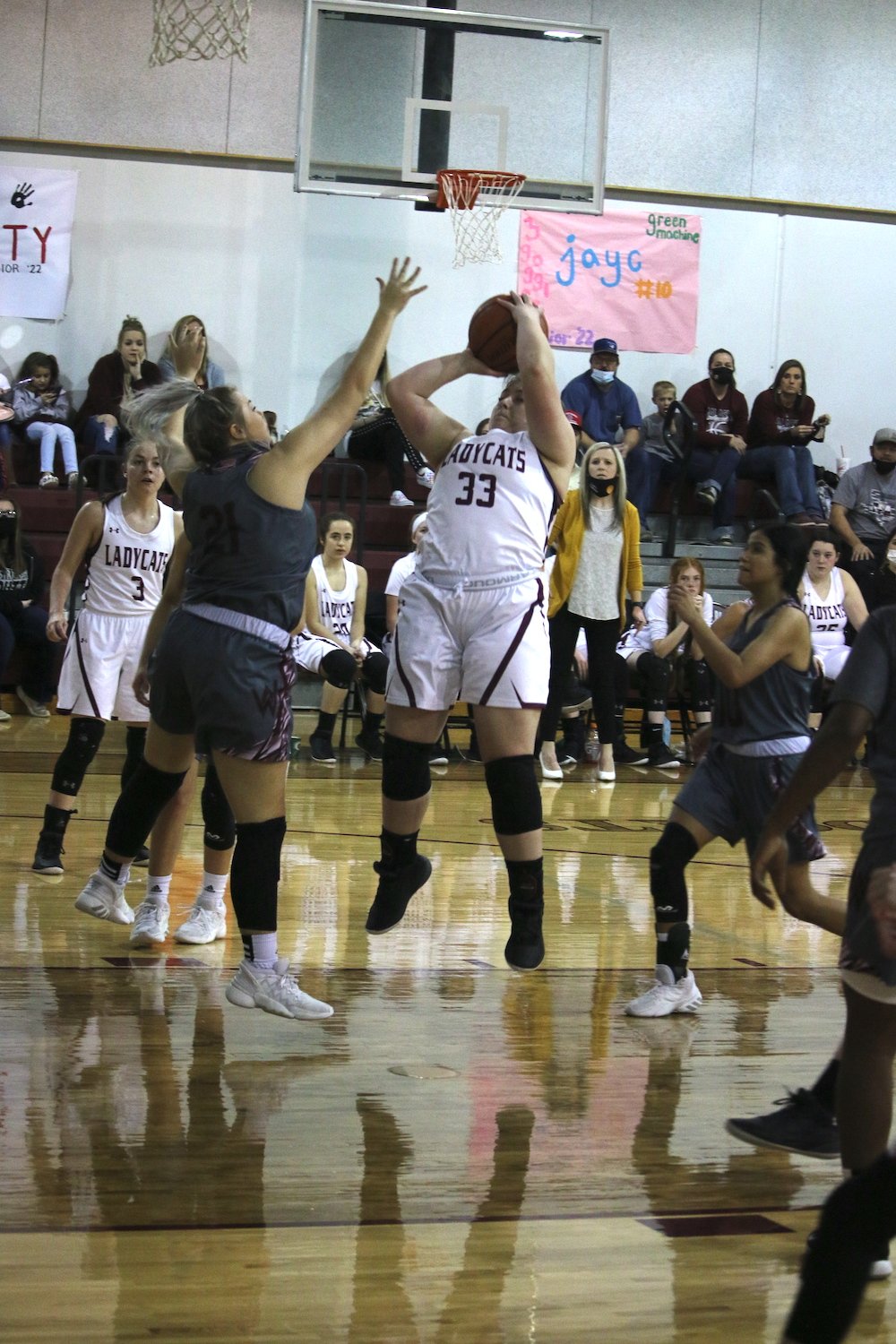 The Onalaska Lady Cats proved just how far the team has come in a month's time, defeating New Waverly 63-27 Friday by the lake.

In their first meeting, the Lady Dogs took a 51-37 match from December. Whether revenge, redemption, payback or just the will to win, Onalaska left little doubt from the start. They took an early 14-4 lead and led by 11 by the end of the first period.

"If you go back to the game that we played at New Waverly, it wasn't even the same team," Onalaska coach Ashley Sustaita said. "We have done a complete rehaul of attitude and mindsets. They are totally bought in to their role and their job, and it's all 12 of them. They do such a good job of doing what I need them to and what the team needs them to do."

The struggles for New Waverly continued, as a suffocating Lady Cat defense held the opponent to just 14 points through three quarters.

"We don't have a dominant kid and we've had teams try to box-and-one us," Sustaita said. "We just have such a great team right now and it is awesome to be a part of."

Sustaita feels each player knowing their role and how they fit into the team was the problem before. That appears to be settled, with the team shuffling five girls in and out and each playing a part.

"It's easy to want to be the top dog or not have any responsibility. I'm very open with my girls and very transparent with what I want them to do to be successful. We definitely put 'we' before 'me' every single day.

"I always tell my kids that we don't have starters. We have five kids that I think we need to start the game, but they know that it may not be the five that we need to finish the game to win it for us. Being ready on the bench and being active in the game is so important."

Kierra Anstee led the Lady Cats with 19 points, Kenadi Houser and Jordyn Shutter each had a dozen, and Maddie Stelck had eight.

"We have some freshmen who have stepped up defensively and have done a good job. It has been awesome to see our juniors take them under their wing and be excited for them.

"On the last play, it was a freshman that shot the ball and my junior point guard is over there losing her mind for her. That is family and it is what we preach. I think we've done a good job of changing the culture here for women's basketball at Onalaska."