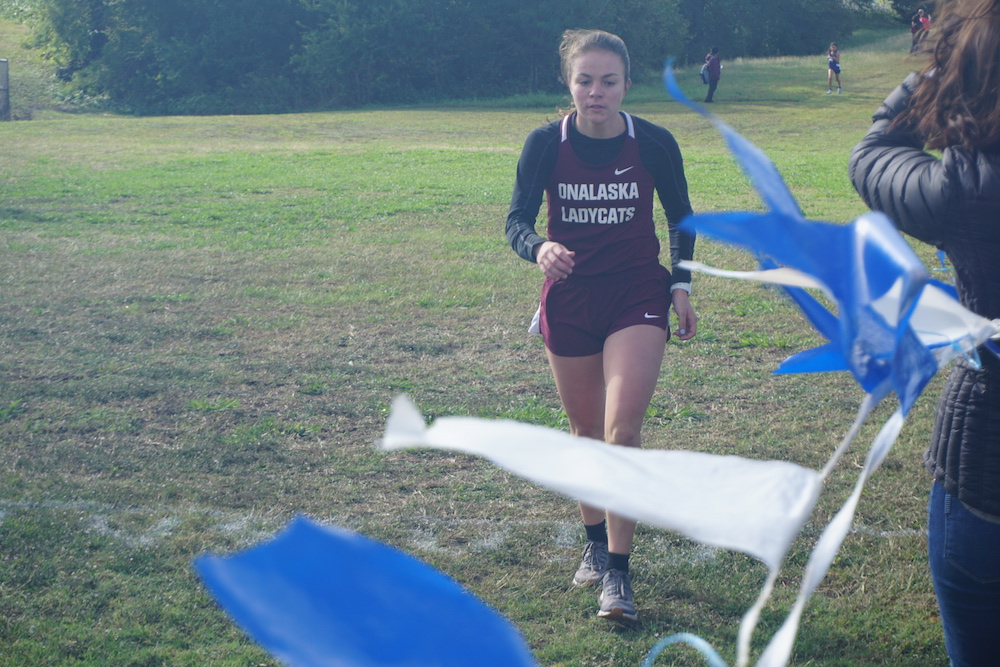 ANDERSON — For the seventh year in a row, the Onalaska boys cross country team is a district champion.

The Wildcats accomplished this feat last Thursday at the District 23-3A Meet in Anderson. Onalaska finished with 47 points, while runner-up New Waverly had 56.

“I think individual commitment from each runner and making sure we were playing it safe, wearing our masks and maintaining social distancing helped us maintain our streak,” Onalaska coach Terri Boyce said. “We’ve also been very dedicated and we were determined to win come heck or high water. I’m very proud of them.”

Leading the charge for the Wildcats last Thursday was three-time district champion William Boyce — the coach’s son. Running in chilly, windy conditions on a hilly course, Boyce finished the race with a time of 17 minutes, 37 seconds — nearly a minute faster than runner-up Hutton Edney of New Waverly (18:30).

“This was my first goal (to win district),” Boyce said. “I ran on my own and made sure I was faster on my times. I made sure I ran faster and longer in practice. I also conditioned myself on hills because there’s a bunch of hills on this course. Over the summer, I hit the hills really hard. We have a lot of hills in Onalaska that I ran on. This is the coldest I’ve run in a district meet. I’ve run in mud and slush for district, but never something this cold. I feel like that helped with breathing.”

Boyce also is the defending region champion and finished third in state last year. A runner-up finish in district his freshman year gave Boyce all the motivation he needed to make sure he never took home a silver medal in a district meet again.

“In junior high, I won both years — seventh and eighth grade — so I thought I was going into it pretty good my freshman year.,” Boyce said. “That’s what it’s been since then (first place).”

Now that the first goal is complete, Boyce is aiming for the second one — a repeat region championship. With this being his senior season, Boyce also hopes to complete the triple crown by winning gold at the state meet, and that his team will qualify as well.

“I’ve been to state every year,” he said. “I hope we can get there again. I won region last year and finished third in state. I hope to take him gold in both regionals and state this year. I need to put my head down and put the work in. There’s a bunch of guys real close and I hope to use them to push myself to run my best.”

On the girls side, the Lady Cats were 13 points shy of returning to the region meet. New Waverly and Anderson-Shiro finished 1-2, respectively, in the team standings.

This ended Onalaska’s streak of four consecutive district championships. However, Kierra Anstee and Emily Kirkley qualified for the region meet as they finished third and 10th, respectively.

“We’re very young and had three freshmen running,” Terri Boyce said. “We have a really good eighth grader coming up who’s going to run next year and help us out quite a bit. She’ll bring some speed to our team. We have one senior girl — Kierra.”

While Boyce will just have to replace one spot on the girls side, she’ll have three holes to fill on the boys side. Among those are Boyce and Neuman.

“We have three senior boys, including my top two finishers,” Boyce said. “We’re going to be struggling a little bit next year, but I’ve got two eighth-graders who can come in next year who could easily fill those shoes.”

Which could lead to an eighth straight title.