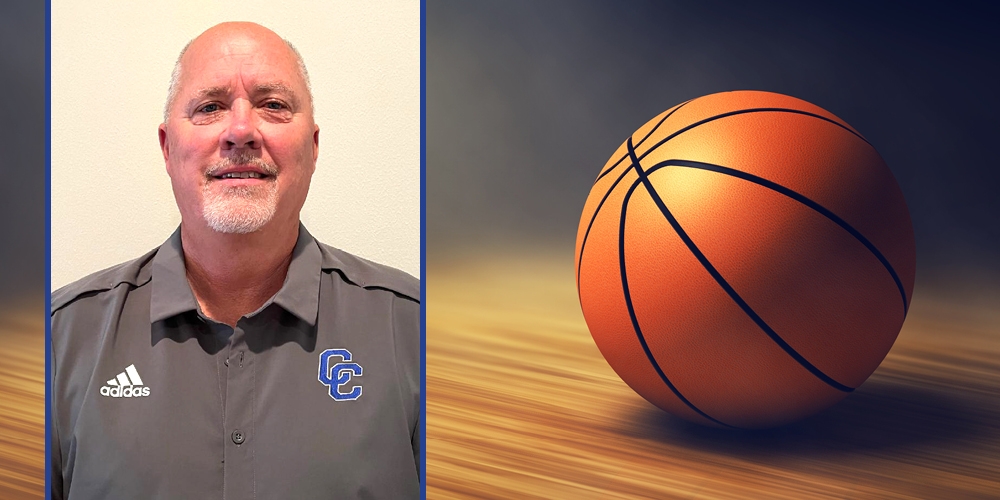 After a successful run as head basketball coach at Coldspring that included multiple district champions, ranked teams, and a run to the state bracket in San Antonio, Greg Devers is moving on to take the same position at Corrigan-Camden.

Devers is a veteran of 17 years and career mark of 394-185, with stops that include Livingston, Manvel and Stafford, where he led the Spartans to a final four appearance.

Coldspring has consistently fielded one of the top hoops teams in the region in his seven years. He hopes to bring that same success to a Bulldog program that has traditionally struggled, but is on the rise.

“I was on a family vacation and I saw the job come open out there,” Devers said. “One of the first things that came through my mind was the four-day school week. I remember them last year when we played in the Huntington tournament, how athletic they were and they were young. I did some checking around and I heard they had everybody coming back. I figured this might be a good chance, as they drop down to 2A. I figured I’d go ahead and take on the challenge right there.”

The coach said leaving Coldspring wasn’t easy. The Trojans were 27-11 last season, advancing to the area round. It is the 2019-20 season that will be remembered in San Jacinto County, when the team finished with a 37-5 record in the state semifinals. They were eliminated by Dallas Madison in the final high school game played in Texas that year, due to a Covid shutdown. Madison would have been the heavy favorites for a state championship in the Alamodome if allowed that final round.

“Coldspring is probably going to be one of the top two or three teams in the district this year,” Devers said. “It was a tough decision and I had success there, but I thought that with Corrigan and the players they had coming back and some that may move in, I think I can probably make a little run with them.”

When Andrew Kirkendoff took the head coaching job in Henderson, he left a foundation that has been building the past two years. Though records have not been impressive, the Bulldogs have played more competitive games in Class 3A, going from 4-17 in 2020-21 to 11-17 last season. They will now drop a classification to District 24-2A, where they will battle with Broaddus, Chireno, Colmesneil, San Augustine, West Sabine and Woden.

Broaddus and Chireno are expected to be top contenders in the district, while Woden is a traditional basketball power.

“From open gym, I have asked about certain players, and they told me that certain players didn’t play last year because of grades or injuries,” Devers said. “So, there were some key ingredients that were missing from that team last year that probably could have made them a little bit better. I talked to (athletic director Brett) Ratliff and he said, ‘Coach, what you are getting right here, with your system, you could probably do well over here in Corrigan.’”

Open gym and offseason workouts have given the new coach a limited view of what he will have, but early impressions are positive.

“One of the players that I am really impressed with in open gym is Tra Thomas. He’s got a nice shot. I know his dad runs an AAU team, so those kids have been playing all summer and that kind of helps. It looks like he is going to be a good point guard and I wish I would have had Tra at Coldspring. He would have helped me. My system depends on a lot of speed and I have Javarion Williams and Anthony Harrell and Tony Cooper. Those guys fit right into my system, as far as pressing and everything. Then, you have a couple of tall, lanky guys like Brodrick Price, Ayden Sowders and Morgan Rayborn. With those guys rebounding, I have been really impressed with the overall speed of the players and they are still kind of young, because there’s only five or six seniors right there. I think they only had one senior last year. If we just get these guys believing in themselves, I think we can go pretty far.

“I am looking at this team, and I thought I had one of the fastest teams in 3A last year in our region. This team that I am looking at on the court right now during workouts, in strength and conditioning and open gym, I think they are quicker than the team I had last year with a Coldspring team that won 27 ball games.”

A key component to this year’s team, barring injury or other issues, could be depth. Devers believes the Bulldogs will have plenty of contributors on a 2A squad, vital for his style of play. When asked if the same system run in Coldspring would be in place, the coach said, “I won’t change a thing.”

Expect a lot of fast pace, up and down the court, with plenty of pressing and trapping. Devers will look to utilize the speed that his teams always seem to have.

Though it can take a while to install a new system, he is confident this group will be competitive right away. It is a challenge for a team that will need to learn in a shortened span if football has the success that many in north Polk County believe it can.

“We should be able to compete in this first year with them dropping from 3A to 2A,” he said of the hoops program. “I think if they would have stayed up in 3A, they would have competed for one of the top four playoff spots in the old district. I wouldn’t be surprised if theycan compete for a district championship this year.

“Corrigan is probably going to make a run in football. That success in football can carry over. Whenever you make a run in the playoffs, when you get knocked out, you have one or two practices to get ready for that first game. It is going to take these kids a couple of weeks to understand my system once I get them full-time.”