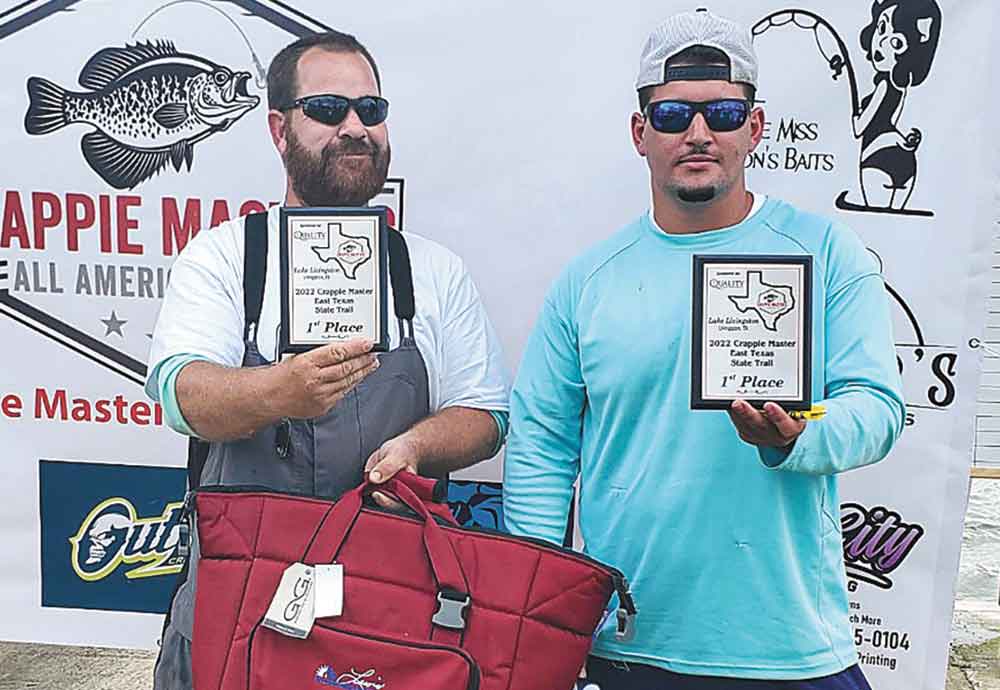 In its second event of the 2022 season, Crappie Masters East Texas held an event March 5 out of Kickapoo Marina on Lake Livingston. Although the anglers were faced with high winds making for a difficult day, local teams placed first and third.

Frank Morgan and Jesse Whitten, an uncle/nephew team out of Onalaska, made a 20-mile round trip in high winds and came back with an impressive 13.08 pounds, to lead the field by a whopping 3.84 pounds. They said they plan to hit several tournaments this season.

Taking second place was the team of Blake Oesteich and Wes Hurst of Nacogdoches. They weighted in at 9.24 pounds.

The next event on the trail is April 9 at Stowaway Marina out of Conroe, where the dedicated duo of Morgan and Whitten will try to take over the lead as Angler of The Year. They are currently in a three-way tie with teams of Oesteich/Hurst and Rowan/Asbury.

Events are also slated for May 14 at Lake Somerville Marina on Lake Somerville, June 11 at Lost Frontier RV Park at Toledo Bend and July 16 at Jackson Hill Marina on Sam Rayburn. Although the location has not been announced yet, the state championship will be held in August. 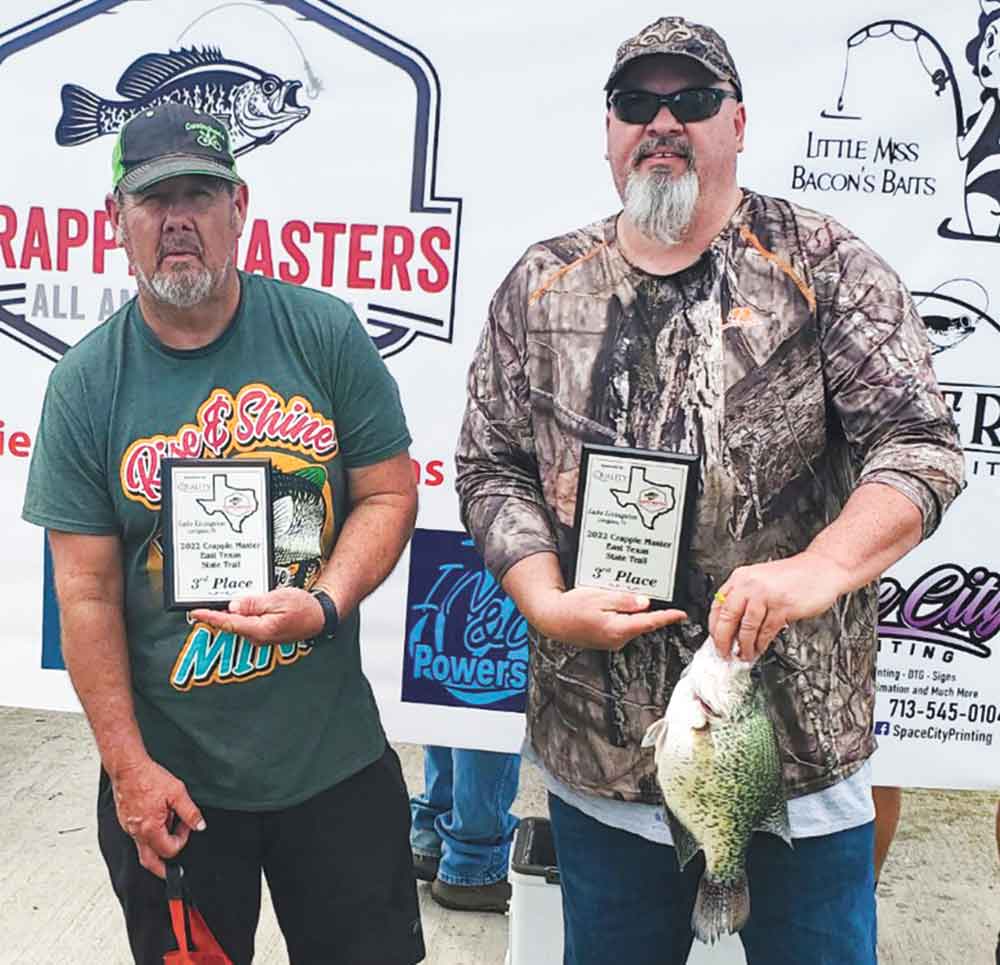