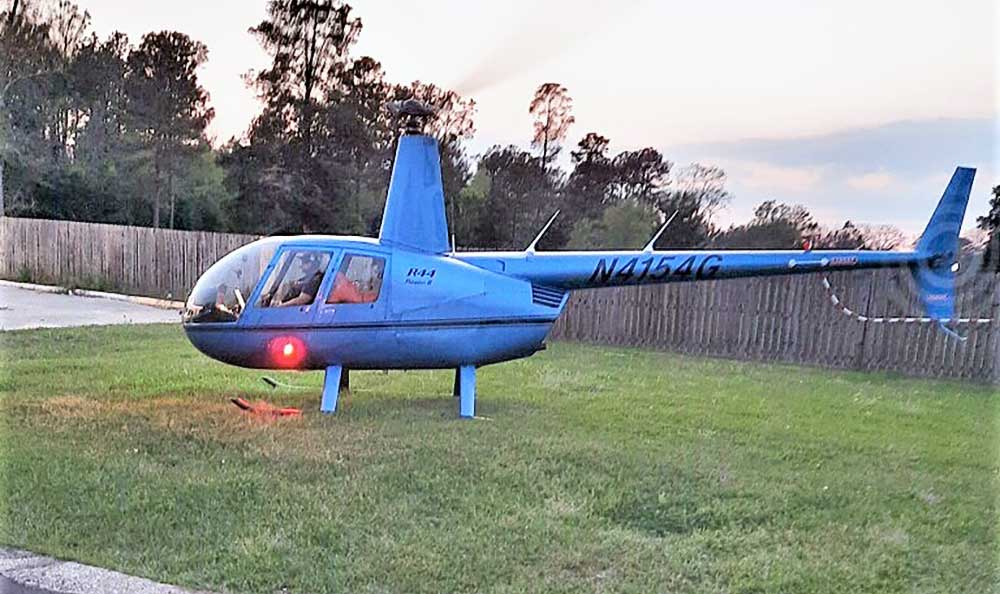 The helicopter pictured was a vehicle landed at The Hop, a restaurant in Coldspring, to pick up a called-in dinner order. The move prompted the Coldspring City Council to consider banning all private craft from landing within the city limits. (Courtesy Photo)

COLDSPRING — A rather flamboyant to-go order has spurred the Coldspring City Council to ban private aircraft, specifically helicopters, from landing within the city limits.

Members discussed the possibility of the ordinance at the council’s regular meeting on Monday.

Mayor Pro Tem John Benestante said that on Friday, April 2, while he was working in his vineyard, he noticed a R44 model helicopter circling the area.

He then received a call that a nearby restaurant, The Hop, on Texas 150, had a helicopter landing in a yard. Apparently, the pilot, who was not named, had called in a burger order for himself and a passenger, and told the person taking the order he was flying in to pick it up. 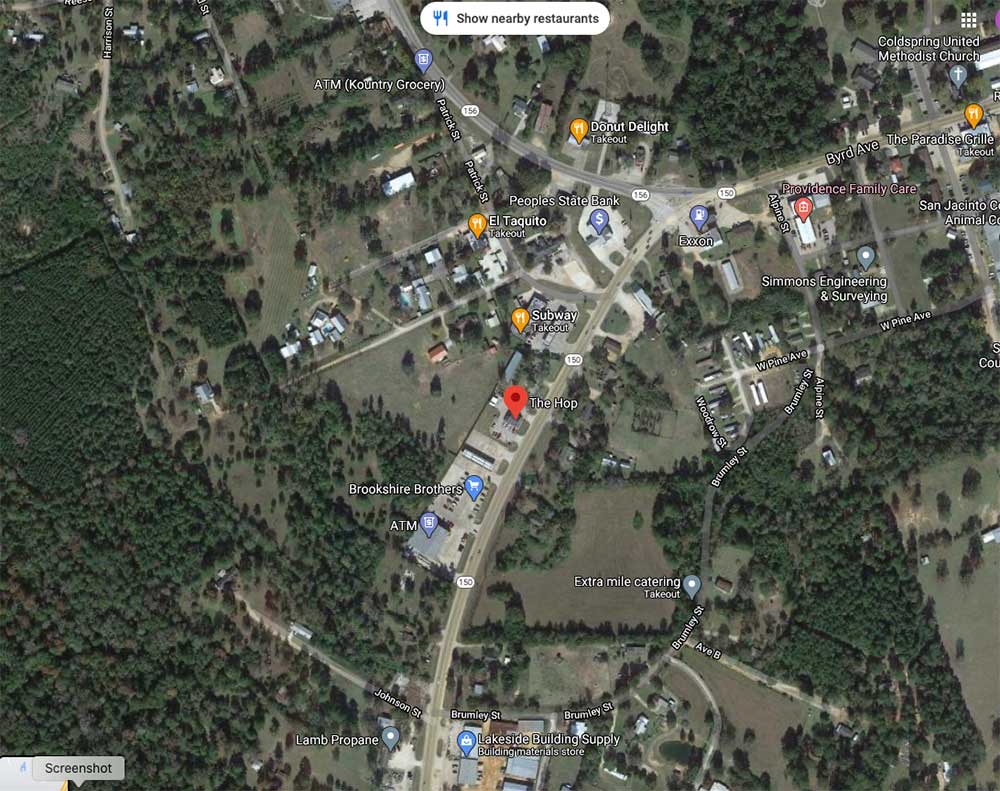 The helicopter was registered to Stuckey’s Contract Services and was flown out of Houston, Benestante said.

A request for comment from Stuckey’s was not answered.

Benestante, who had previously worked with the FAA and had some familiarity with requirements, told the pilot he had to have the property owner’s permission to land; the pilot claimed he had it when the person taking the order said to “be careful.”

Benestante said that there was concern about a nearby fence, and especially a nearby propane tank.

During the discussion with the pilot, the Fire Department and Sheriff’s Department arrived; Benestante said that after the pilot was questioned, he left — with his order.

The ordinance will be researched further, and come up for further discussion.