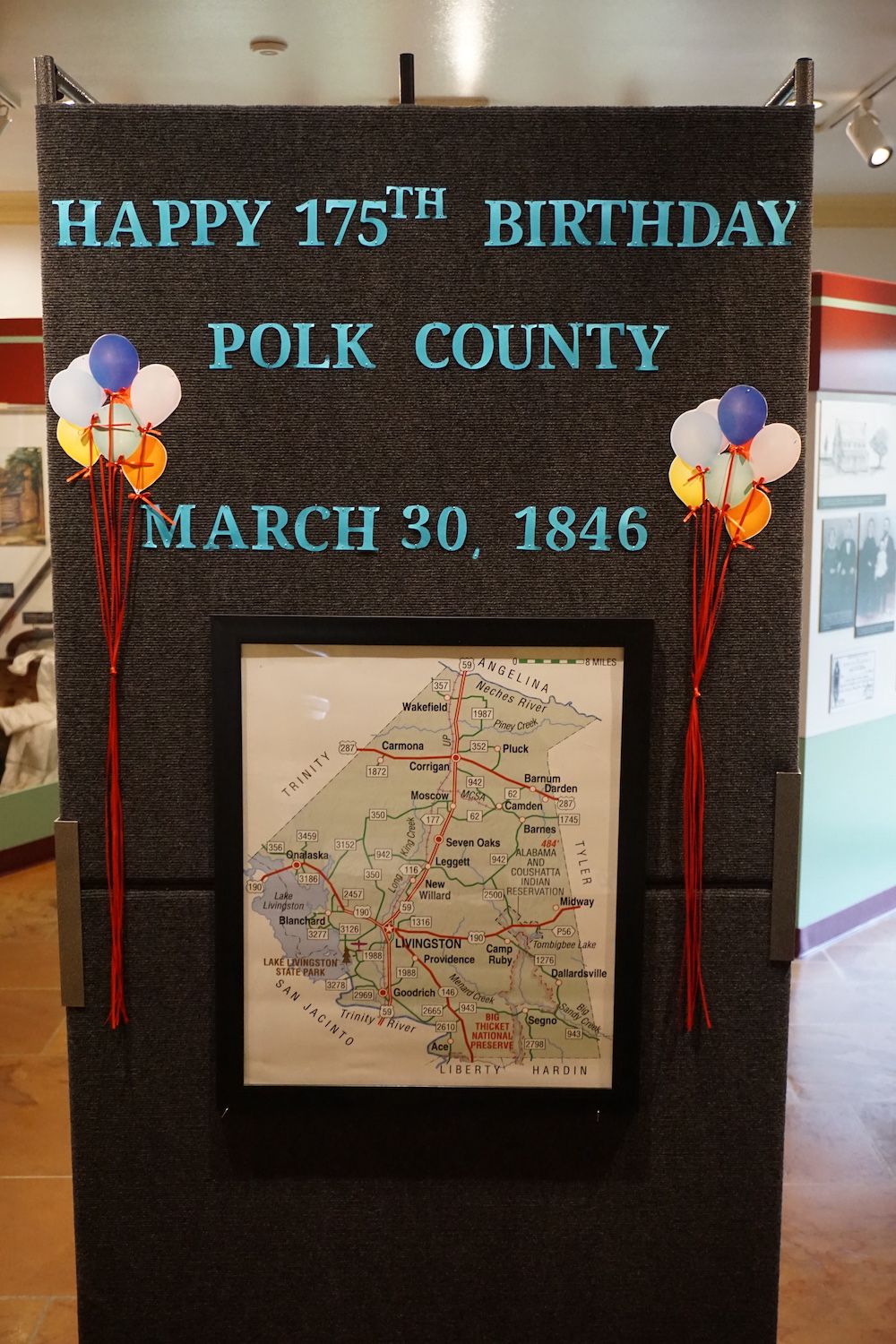 JASON CHLAPEK I PCE A pair of photo exhibits commemorating Polk County’s 175th birthday will be on display at the Polk County Historical Museum until April 10. Polk County celebrated its 175th year on Tuesday.

The county celebrated its 175th year of existence, and the Polk County Historical Museum hosted a celebration Tuesday. The birthday celebration took six weeks to plan, according to museum curator Betsy Deiterman.

“We had to be sure of the date, research the founding of the county and how the division was made, the legislature, then go through the archives and pick interesting pictures,” she said. “This was a come-and-go acknowledgement of the birthday for Polk County. We gave away a limited supply of gift bags. Patrons saw lots of photographs from many decades. The oldest photographs are framed and the oldest was in the 1880s.”

A pair of photo exhibits are on display at the museum until April 10. These displays are in commemoration with the county’s 175th birthday.

“I pulled 75 pictures that people normally don’t get to see,” Deiterman said. “I think we need to acknowledge that Polk County has been here 175 years and it’s a notable number.”

Some of the photos on display are in need of identification, according to Deiterman.

The county was named after then-President James Polk. The 11th President of the United States was an advocate for Texas statehood.