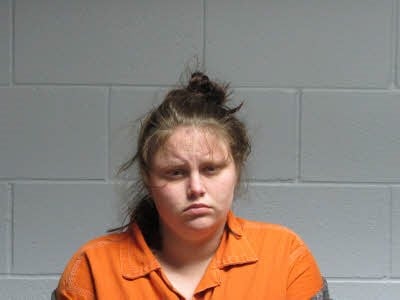 A mother is behind bars in connection with the death of her child.

Anna Todd, 21, turned herself in on Monday after a warrant was issued for her arrest. Her arresting charge was injury to a child with serious bodily injury.

Todd’s 16-month-old child died on Aug. 4, 2020, at the family’s home located in Wild County Subdivision. That day, Polk County Sheriff’s Office detectives were called to the family home due to the 16-month-old receiving a gunshot wound to the chest area.

It was determined through detective’s investigations that a firearm was left on a table next to the bed where the family was sleeping. The father of the child left for work with Todd overseeing the children.

An older child picked up the firearm discharging the weapon one time into the victim who was lying on the bed. The child victim was transported to Memorial Herman Hospital arriving at 10:30 a.m. and pronounced deceased at 10:35 a.m.

An autopsy of the child was conducted at the Harris County Institute of Forensic Sciences which along with the medical examiners findings, evidence discovered at the scene and witness statements obtained the case was presented to the Polk County District Attorney’s office which resulted in the arrest warrant being issued. Todd was booked into the Polk County Jail where she was released the following day on a $50,000 bond.

Polk County Sheriff Lyons wishes to express to the public the importance of firearm safety and allowing child access to unsecured firearms inside your home. If any citizen wishes to receive professional awareness to firearm safety, Lyons ask that you contact his office at 936-327-6810.