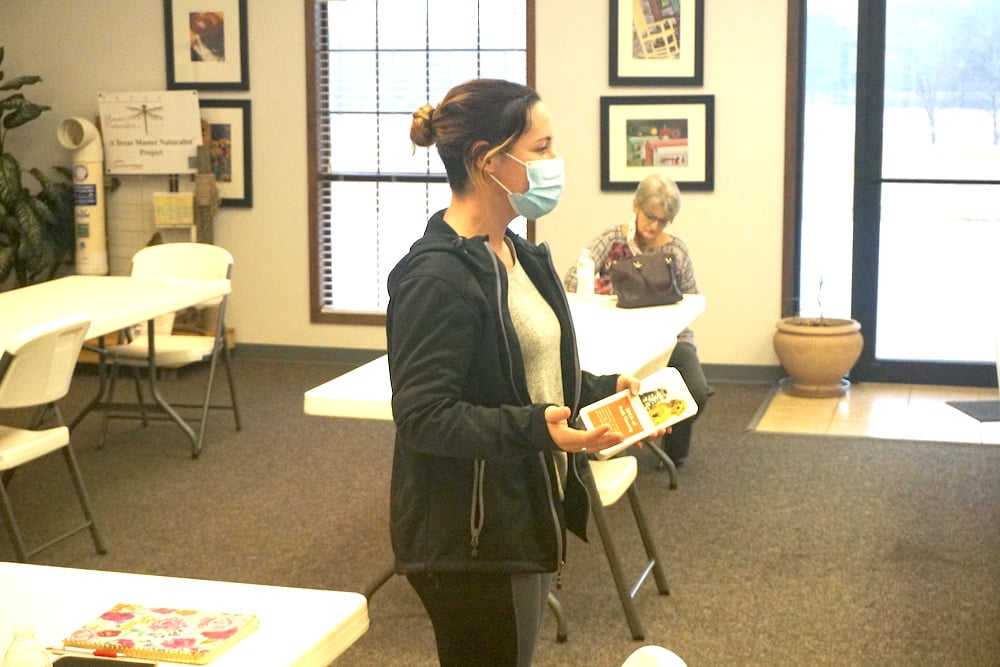 SPCA of Polk County communications lead Jessica Smallwood gave members of the Rotary Club of Livingston a rundown on what her shelter has done and what it is doing during a Rotary Club meeting last month. She also gave Rotarians a glimpse into what’s different between her shelter and shelters in other counties.

“We are a nonprofit, no-kill animal shelter,” Smallwood said. “We primarily serve Polk County, but we are also one of the few shelters that takes animals from outside the county. We get a lot animals brought in from San Jacinto and Montgomery counties, and even some from Lufkin. That is one of the things that makes us unique. Most other animal shelters refuse animals from outside their own county.”

“We have a good number of transport rescues that we do work with,” Smallwood said. “Just this past year, we took in more than 1,300 animals from Polk County and surrounding counties. We were able to place or transport 80 percent of them.”

Smallwood said that her shelter has a “revolving door” of animals. She also said that things can be unpredictable at times.

“We might have a great day of adoptions and get seven animals into a new home, then just as we’re about to close for the day, we get a call that someone has picked up a litter of puppies in a trash can,” Smallwood said. “Things like that happen all the time. About a week after Christmas, we took in no less than seven full litters of puppies, which contained 8-13 per litter.”

Smallwood pointed out that in December 2020, 79 out of 126 dogs brought in were strays (homeless, abandoned, etc.). She also said that although SPCA gets plenty of calls about stray animals being found, the shelter gets more calls from people looking to volunteer.

One of the biggest programs that SPCA offers is the TNR (trap, neuter, release) or "Fix A Feral" program. This program works with local veterinarians and the public to help curb the feral cat population through spaying and neutering.

Some of the participating veterinarians do vaccinate against rabies and feline leukemia as funding allows, but none for FIV/FIP (testing and vaccinating for that in particular is more expensive than the TNR program can currently afford). The average cost to spay/neuter these feral cats is $60 per cat.

“It is breeding season here year-round,” Smallwood said. “We also offer low-income spay and neuter programs as well as a mobile clinic.”

Both the SPCA and its TNR program operate entirely on donations, and neither receives any funding from local or federal government. Smallwood also pointed out that SPCA wants to be involved in the community.

“We have a number of community event ideas such as a Holiday Pet Photo Day,” she said. “We want to expand outreach in the community.”