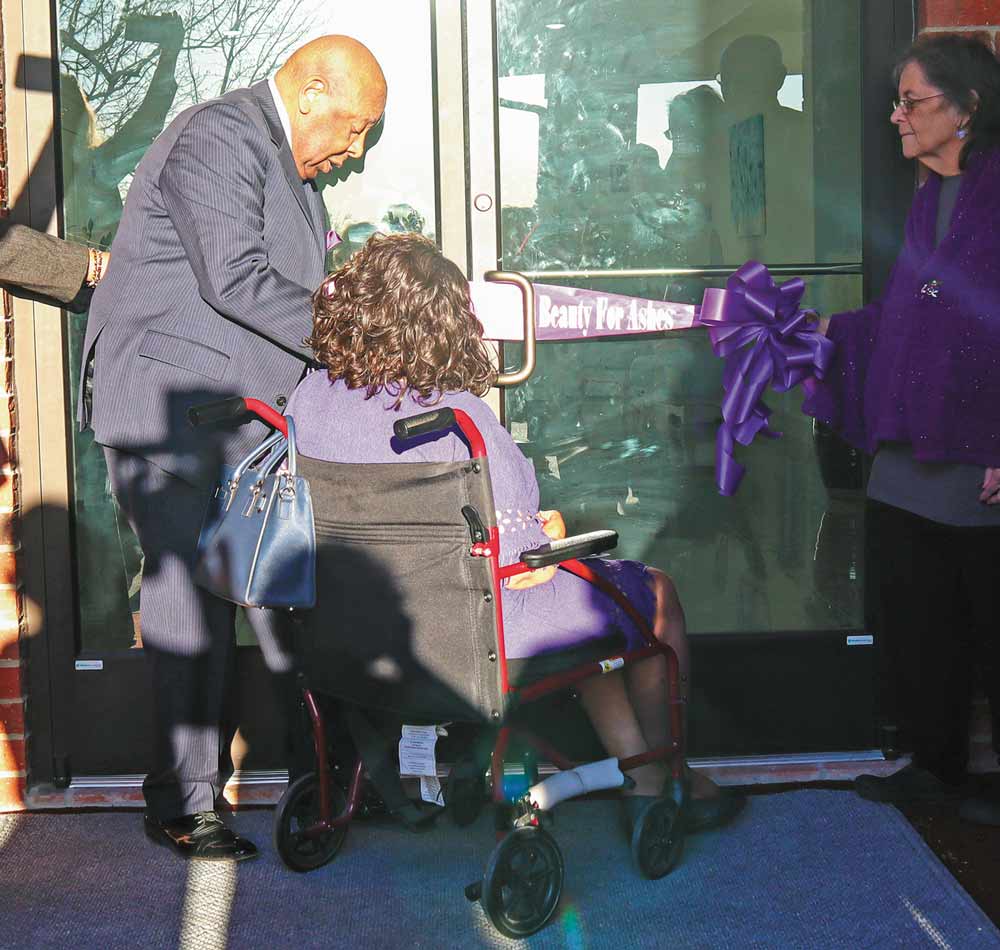 RIBBON CUT Assisted by his wife, Clara, Col. Howard Daniel Jr., pastor of Chesswood Baptist Church, cuts the ribbon to the new church building following a dedication ceremony Thursday. The ceremony was held one year to the day that the church burned down. Photo by Emily Banks Wooten

Turning to Scripture, “Beauty for ashes … that He might be glorified,” was the theme of a ceremony Thursday in which the congregation of the Chesswood Baptist Church dedicated its new building one year to the day after it burned down.

Members of the community turned out Thursday for the ceremony that included prayer, songs, readings and remarks.

“After the fire, someone said to my wife, ‘I heard your church burned down,’ and she said, ‘Oh no ma’am, the building burned but the church is still alive,’” Col. Howard Daniel Jr., pastor of the church, said of his wife, Clara.

“My go-to guy is Frank Burrows. He is the best general contractor in Polk County. My next go-to guy is Homer. I guess you wonder how in the world we got this up in a year. It was done on handshakes. Forget about contracts and small print. No one could believe that this was ashes right where we are now. I was sad on one hand but rejoicing on the other,” Daniel said.

“‘You wanted to get the parking lot done. You wanted to get the driveway done. How I do it is not your business,’” Daniel said that God said to him. “We found the plans for the original building in the rubble. You can’t tell me that’s not God. Joy comes in the morning. Beauty from ashes.”

Music was provided by Donna Moody and Gigi Jones. Poems written by Clara Daniel were read by Rena Hagler. Scripture was read by Don McCain. Prayers were provided by John Van Lieshout and Eddie Brooks.

Following the dedication ceremony, tours of the new building were given prior to everyone meeting at Lone Star Charlie’s for refreshments and more fellowship.

Nearly 70 local and area firefighters battled the blaze that reportedly began around 10 a.m. on the morning of March 24, 2021 at the church located on Hwy. 59 between Livingston and Goodrich.

There were no injuries but the building was engulfed in flames for several hours. The fire was thought to have begun in the annex or fellowship hall, with faulty wiring believed to be a possibility.